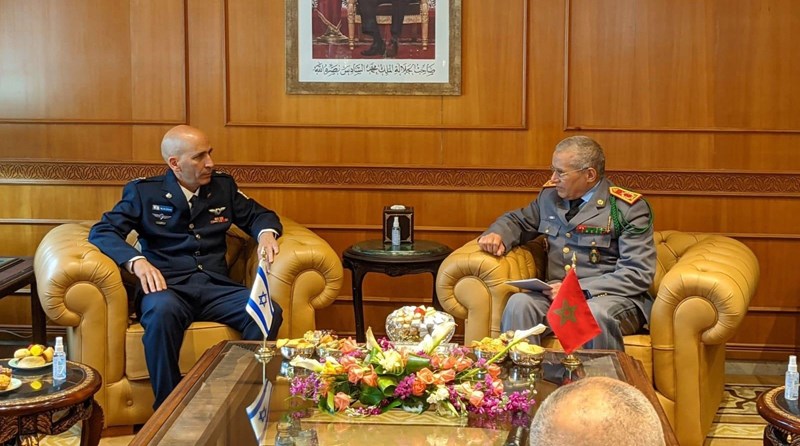 On 25 March, the Israeli military announced that some of its senior officials, including Tal Kelman, the commander of the military’s Strategy and Third Circle Directorate, had recently met with the Commander of the Moroccan Royal Armed Forces Belkhir El Farouk in the Moroccan capital, Rabat.

The Strategy and Third Circle Directorate, according to the Times of Israel, “focuses principally on Israel’s fight against Iran.”

The statement said the two sides signed an agreement to enhance cooperation in different areas, including intelligence sharing and training.

“The officials discussed the historical and cultural connection between the countries and mutual interests in the Middle East, and expressed their desire to promote extensive military cooperation,” the statement said.

The trip was the first ever official visit by members of the Israeli military to the North African country. It reflects a deepening of relations between Rabat and Tel Aviv since the December 2020 normalization agreement under the so-called Abraham Accords brokered by then US president Donald Trump.

The government of Morocco has hosted several senior Israeli government officials since the normalization agreement, including Benny Gantz, the minister in charge of military affairs, and his foreign affairs counterpart, Yair Lapid.

Morocco has also signed deals to buy weapons worth billions of dollars from Israeli companies. Some of the agreements include the $500 million deal for Rabat to acquire the Barak MX air and missile defense system, manufactured by Israel Aerospace Industries (IAI).

The decision by Rabat to normalize ties with Tel Aviv has been widely rejected by citizens who have accused their government of betraying the people of Palestine.