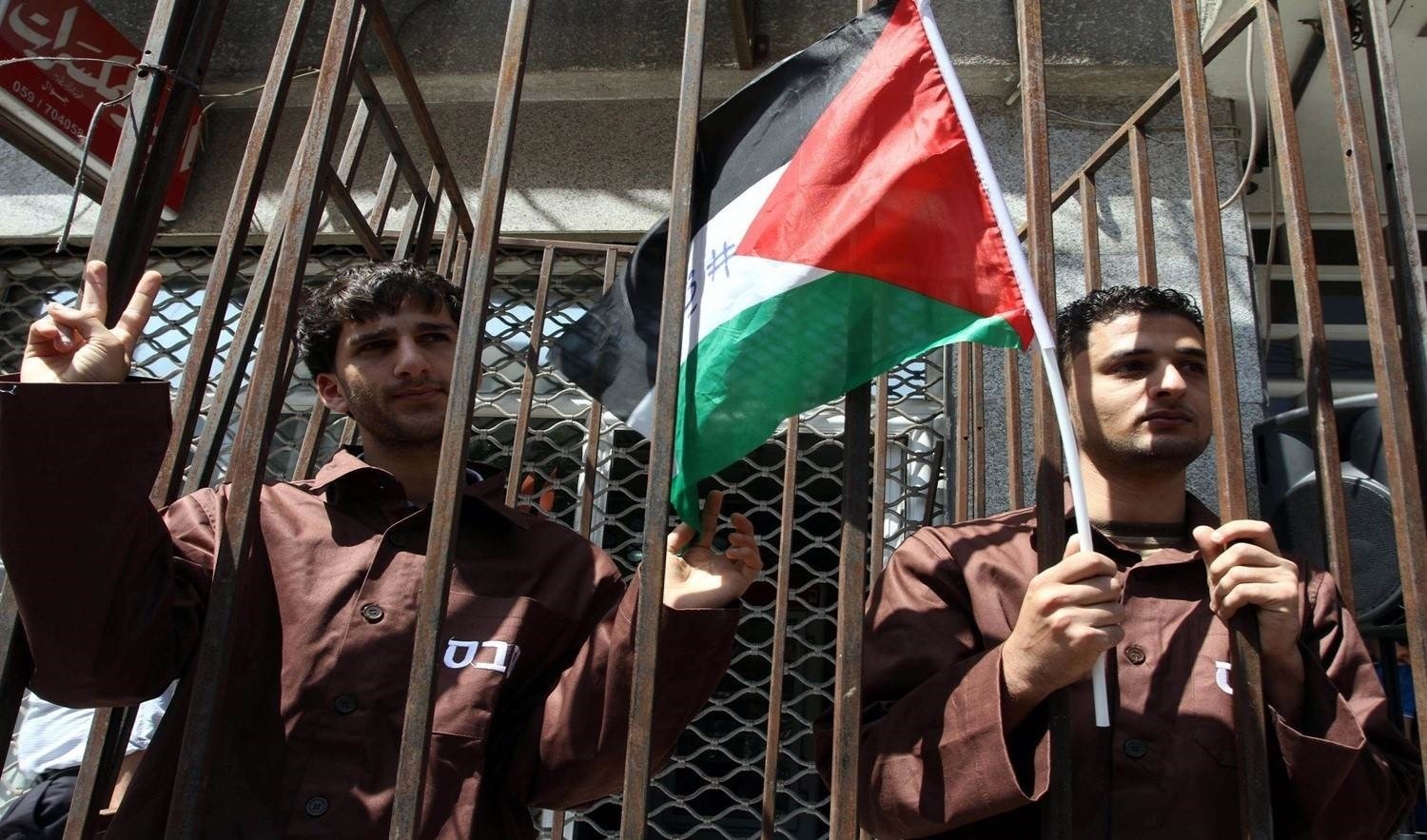 On 17 April, about 450 Palestinian detainees took a stand to refuse attendance at their military court hearings for 107 days in protest of their arbitrary detention without a trial under Israel’s administrative detention policy.

According to Wafa News, Palestinian detainees are demanding that Israel put an end to so-called administrative detention, which acts as the means for arbitrary arrests, and for keeping detainees in prison without charge or trial.

Palestinian detainees allege that among other violations of international law, the Prison Authority prevents the prisoners – which includes women and children – and their lawyers from consulting the alleged evidence of the accusation.

On the occasion of the Palestinian Prisoners Day on 17 April, Wafa released multiple figures on the subject, compiled by four non-government organizations.

According to the news agency, some 4,450 Palestinians are currently held in Israeli prisons, including 32 women and 160 minors, as well as 200 chronically ill prisoners.

Israel is the only country in the world that prosecutes children in military courts, forbidding them their basic legal rights.

Since the beginning of 2021, Israeli security forces have arrested 2,140 Palestinians.

Last Friday alone, during the assault on the Al-Aqsa Mosque in East Jerusalem, 450 were arrested, of whom more than a hundred are still being held by Israeli authorities.

Out of the total number of prisoners, some 530 are under so-called administrative detention.

Wafa News reported that 227 Palestinians have died in prisons, many of them as a result of deliberate medical negligence.

The data was compiled by the Prisoners and Former Prisoners Commission, the Palestinian Prisoners Society, the Addameer Human Rights and Prisoners Support Association, and the Wadi Hilweh Information Center.