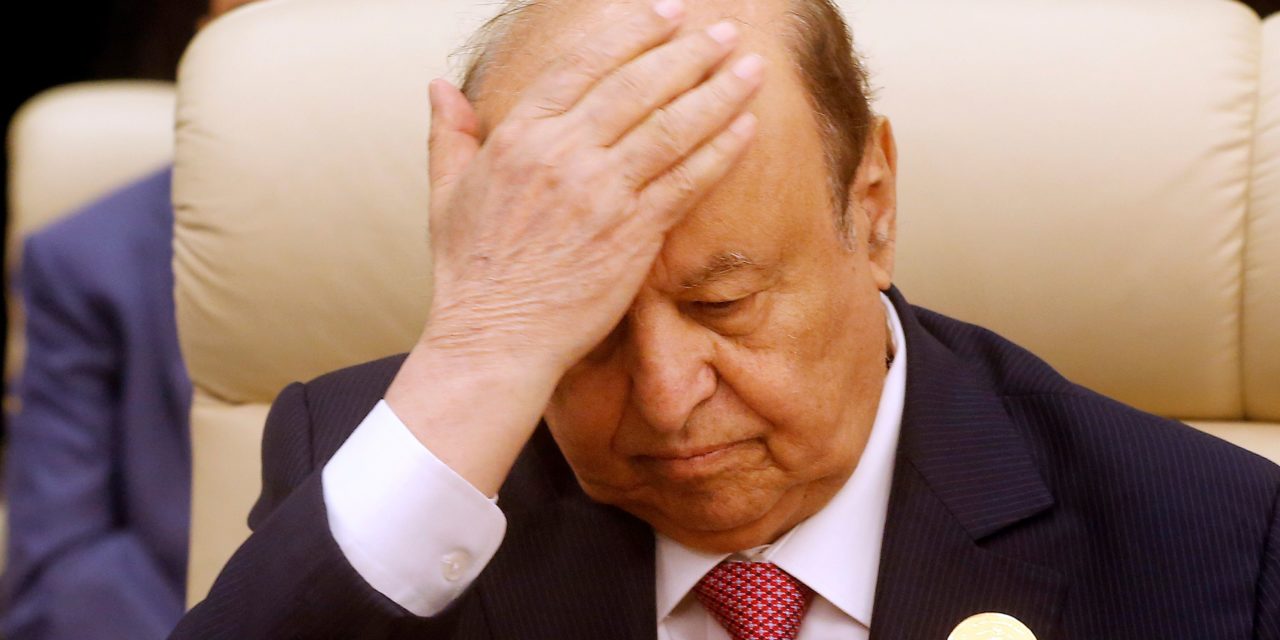 The resignation of the ousted Yemeni ex-president Abdrabbuh Mansour Hadi came due to threats from Saudi Arabia, according to a Wall Street Journal (WSJ) report from 17 April.

The report cites Saudi officials, as well as those belonging to the ousted Hadi government, stating that Saudi Arabia threatened to release alleged evidence of corruption by Hadi if he did not resign and hand over power to the Saudi-appointed, unelected presidential council.

The WSJ report also states that Saudi Crown Prince Mohammed bin Salman (MbS) presented Hadi with the written decree that outlined his resignation and transfer of power to the unelected council.

MbS told Hadi and other members of the former Yemeni government that it was time for them to give up their power, according to the report.

Hadi resigned and gave up powers to a transitional presidential council to this council on 7 April.

One of the Saudi officials was cited as saying that “Hadi is effectively under house arrest at his residence in Riyadh without access to phones” following the resignation.

However, some Saudi officials who spoke to the WSJ denied the claims that said the resignation was due to pressure. They also denied that Hadi was under house arrest.

The ousted president and his former government officials fled to Saudi Arabia, where they laid claim to ruling Yemen despite having little public support.

After years of defeats at the hands of Ansarallah and the Yemeni armed forces, Saudi Arabia is has been looking for a way out of the war.

However, the popular government in Sanaa led by the Ansarallah resistance movement has rejected this unelected council appointed by Saudi Arabia.

Muhammad al-Bakhiti, member of the Ansarallah Political Bureau, said the move to appoint an unelected council to represent Yemen “surprised everyone.”

Al-Bakhiti stated that Rashad al-Alimi was chosen as the head of the new council “because he is the man of America.”

“The true legitimacy in Yemen is for those who defend the country’s independence, and the presidential council is an extension of the occupation and does not have any legitimacy,” Al-Bakhiti stated.

The Yemeni government has stated that the only path to peace is to end the war and lift the air and naval blockade, and not through unelected councils.

Despite a UN-brokered truce between Saudi Arabia and Yemen announced on 30 March, Saudi Arabia has violated the truce by shelling Yemeni towns and seizing UN-approved fuel ships.