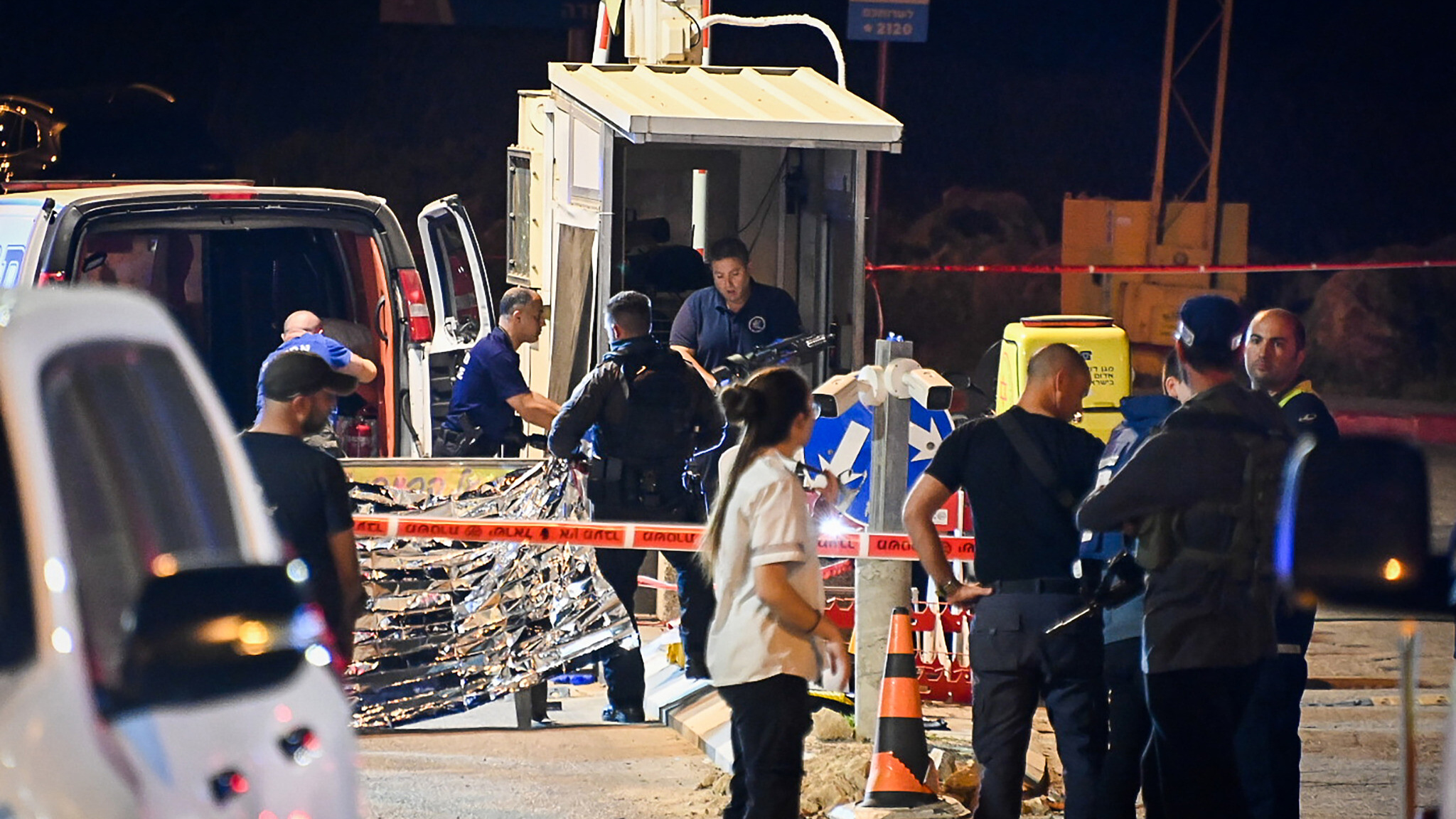 The scene of a shooting operation, at the entrance to Ariel settlement, on 30 April 2022. (Photo credit: Flash90)

Two Palestinians in the occupied West Bank carried out an armed ambush against an Israeli soldier who was guarding the Ariel settlement late on 29 April.

The Palestinian gunmen shot the Israeli soldier at point-blank range, then waited to confirm his death before taking a pre-planned escape route.

Israeli occupation officials closed the entrances to the Salfit governorate, where the Ariel settlement is located, after learning about the operation.

The Palestinians reportedly used a domestically-produced Carlo rifle in the operation.

CCTV of the operation, where the two fighters ensured the IDF soldier was killed before escaping.

IDF asks people not to share the video. pic.twitter.com/Xl8Rfps3Fk

The gunmen were able to carry out their operation and escape, despite heavy security around the settlement. Search operations for the shooters are underway.

The retaliatory operation occurs at the outset of International Quds Day, the annual day which honors the cause of ending the Israeli occupation of Palestine on the last Friday of Ramadan.

Nasrallah added that such operations, including the recent major one in Tel Aviv conducted by a native from Jenin, expose the fragility and weakness of the Israeli security apparatus as well as reduce the trust that Israeli settlers have in their government.

In a statement released on 30 April, Hezbollah praised the operation on the Ariel settlement, stating: “This operation and all the previous heroic operations and confrontations of Zionist attempts to invade their cities and neighborhoods affirm the awakening of the Palestinian people and their permanent readiness to confront the occupation, its criminal machine, and the continuation of resistance and struggle until the liberation of the land and complete victory, God willing.”

Since the onset of violent Israeli crackdowns on Palestinian worshippers at Al-Aqsa Mosque during the holy month of Ramadan, Palestinian resistance factions have been stepping up retaliatory measures, including several missile launches from Gaza into the surrounding settlements.