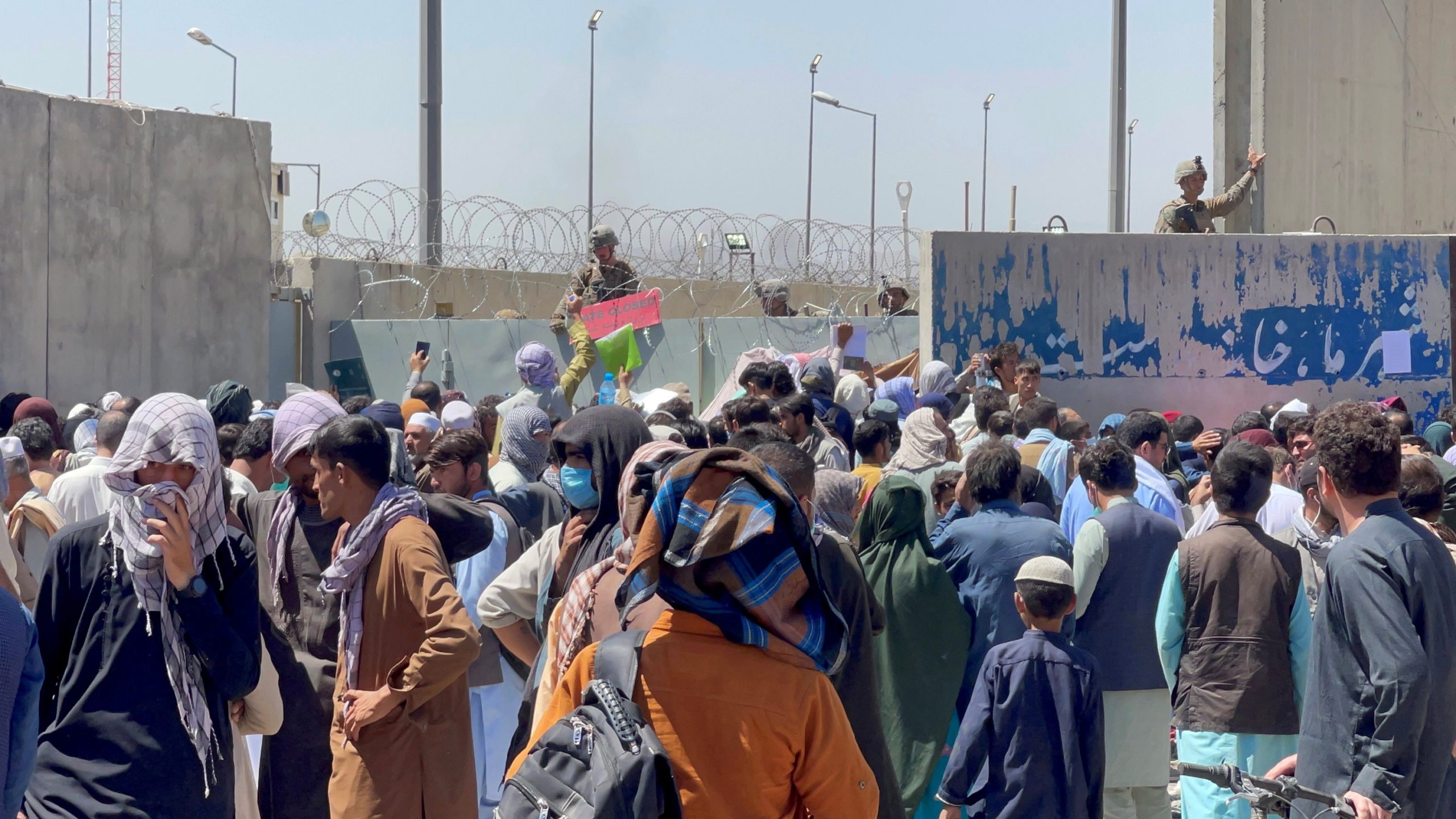 Crowds of people show their documents to US troops outside the airport in Kabul, Afghanistan. 26 August, 2021. (Photo credit: REUTERS/Stringer)

Germany’s Ministry of Interior is planning to enforce limitations on the number of Afghan refugees allowed to enter the country, according to the German news magazine Der Spiegel.

On 6 May, the magazine reported that the German ministry was to admit a maximum of only 5,000 Afghans per year, saying this was necessary in order to maintain the operational viability of the refugee program.

The German Ministry of Interior revealed that over 18,800 Afghans had entered Germany since the Taliban took over. However, the website InfoMigrants.net, reported that more than 10,000 Afghan refugees, who have been granted admission by German authorities, are still in Afghanistan.

According to a 20 April report by Foreign Policy, refugees from Afghanistan have been removed from temporary homes funded by the German government to make way for Ukrainian refugees.

Social workers have reportedly shown up at state-funded apartments to give Afghan refugees a 24-hour deadline to move out of their homes to allow Ukrainian refugees to move in.

Tareq Alaows, a board member of the Berlin Refugee Council, was quoted as saying: “The evictions were purposefully not publicized. Some people had lived in their homes for years and were ripped away from their social settings, including children who were moved to locations far from their schools.”

The government of US President Biden has also denied at least 85 percent of asylum request applications by Afghans who fled their country after the Taliban defeated the US-trained army last year.

According to figures obtained by The Hill, Washington has processed about 2,600 applications for Afghans entering the US through a humanitarian parole process that allows for the temporary waiver of immigration requirements.

After the chaotic withdrawal of US troops from Afghanistan, 76,000 Afghans were transferred safely to the US. However, at least 45,000 more are waiting to be granted entry.

In February, figures showed that US Citizenship and Immigration Services (USCIS) had processed fewer than 2,000 of the over 40,000 asylum requests submitted since 1 July, approving only 170.

On 4 March, a senior US State Department official revealed that the process to resettle the thousands of desperate Afghans stranded in the UAE, Albania, Mexico and other countries, will be extended until at least August of this year.