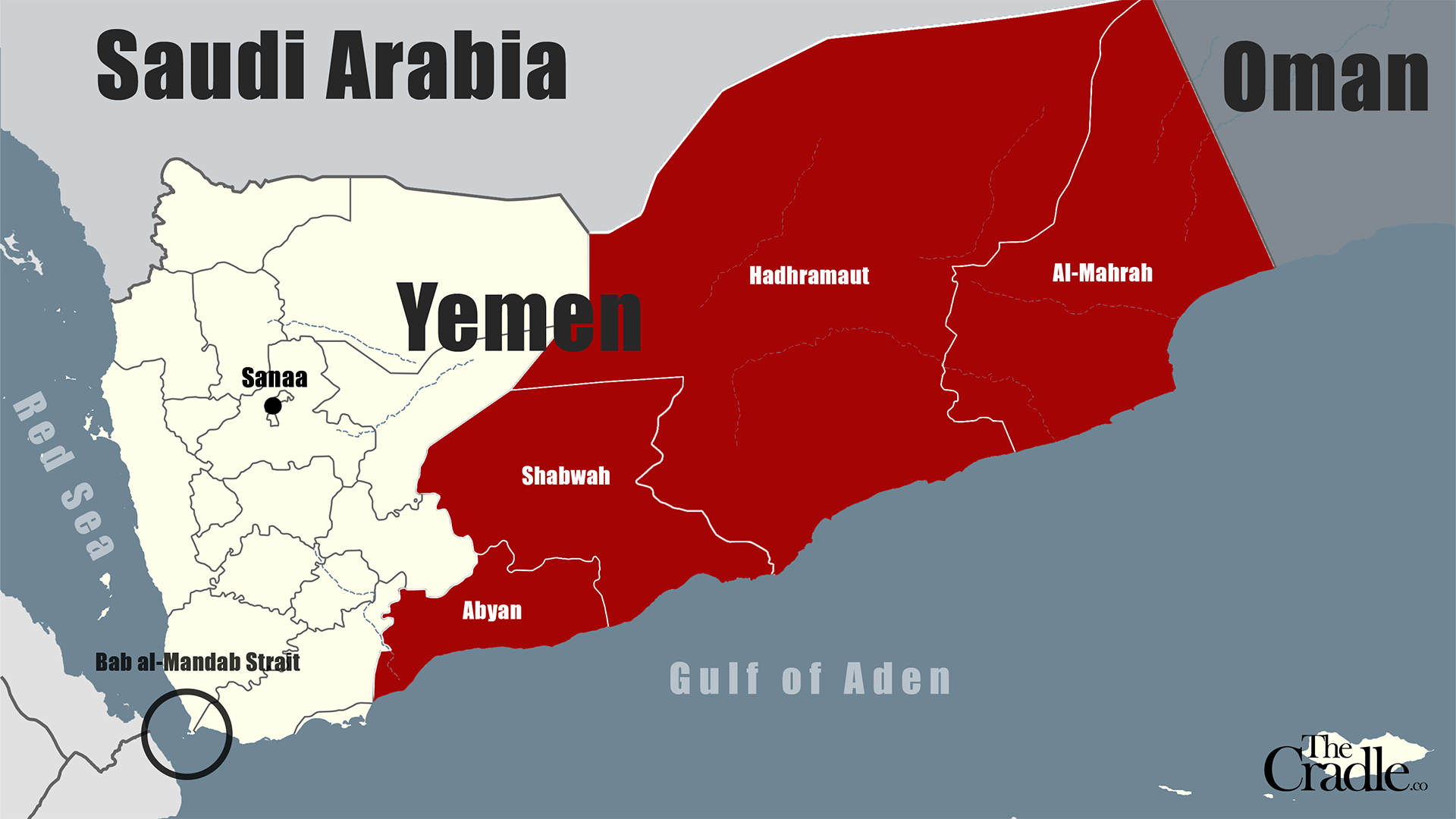 Saudi Arabia plans to annex a number of resource-rich provinces in eastern Yemen, whose land mass amounts to half of the country, according to a 7 May report by the Aden-based news outlet Crater Sky.

The Gulf kingdom’s plan calls for the annexation of the provinces of Hadhramaut, Shabwah, Al-Mahrah, and Abyan. According to the report, Saudi officials have already held meetings with figures from those regions.

Saudi Arabia informed the regional figures that the kingdom is granting them “the right to self-determination,” but also said that they should become a part of Saudi Arabia.

The land mass of these eastern regions makes up over half of Yemen.

Officials also stated that annexing these regions, which the kingdom referred to as Saudi Arabia’s Arab south, cannot be overturned.

One of the benefits Saudi Arabia seeks is to gain is an entry to key ports to allow greater access to the Indian Ocean, Africa, and other regions, the report stated.

Despite the Yemeni side upholding their end of the truce, Saudi Arabia has committed over 5,000 reported violations of the truce, including shelling Yemeni territory, seizure of fuel ships, and the continual closure of Sanaa International Airport.

The ousted Yemeni president, Abdrabbuh Mansour Hadi, who had claimed to be the legitimate president of Yemen, despite being removed from power by a popular uprising, announced he had ceded his power to an unelected “presidential council” appointed by Saudi Arabia.

According to a report by the Wall Street Journal (WSJ), Saudi leadership forced Hadi to resign and recognize the unelected council, in the wake of a secret meeting the Yemeni leader held with a senior US official.

The annexation will undoubtedly lead to an increase of devastating retaliatory strikes by the Ansarallah resistance movement and Yemeni armed forces after the expiry of the truce.

The leader of Ansarallah, Sayyed Abdul Malik al-Houthi stated on 11 April that Saudi Arabia has no option but defeat.

“The enemies seek to weaken and force the nation to surrender through sanctions, restrictive measures, and arrogance. They seek to sap the morale of Yemenis and create a sense of despair and defeat among the people,” Al-Houthi said.

The war against Yemen, as well as the naval blockade, has caused what the UN calls “one of the worst humanitarian crises of our time.”