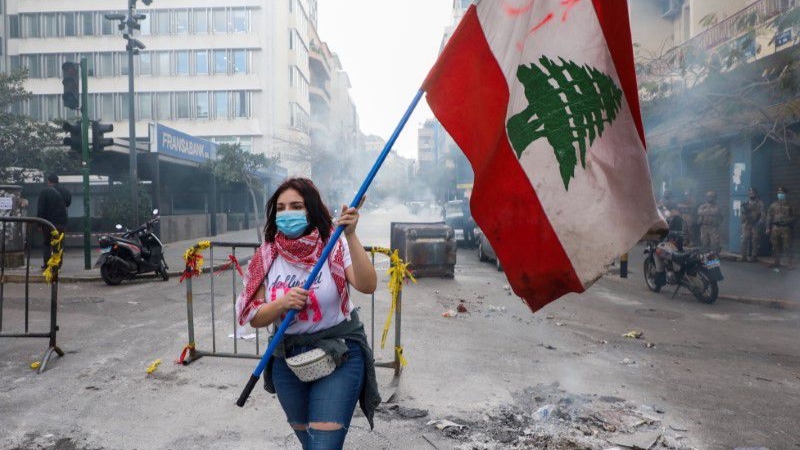 Lebanon’s economic implosion has also seen the local currency lose more than 90 percent of its value and food prices increase elevenfold. The economic situation has also exacerbated a crippling energy crisis, with blackouts that can last for up to 23 hours a day.

“The economic crisis was entirely avoidable; indeed, it was manufactured by failed government policies. The country has a political establishment plagued by conflicts of interest with a banking sector and a central bank (Banque du Liban) that are largely unaccountable,” the extremely critical report goes on to add.

Even pre-crisis, the special rapporteur noted, Lebanon was a highly unequal society with “appalling levels of wealth concentration at the top; tax policies that favor evasion and benefit the wealthy; chronically neglected public education and healthcare services; an inadequate social protection system; and a failed electricity sector.”

The UN report also notes that “undue influence by the banking sector … continues to sway negotiations with the International Monetary Fund (IMF) [to the detriment of the most vulnerable in society].”

The economy of Lebanon has been in freefall since 2019, crushed by a crisis so severe that the World Bank has described it as the world’s worst in 150 years. A year later, the country was faced by a devastating explosion at its main port, which destroyed large swathes of the capital Beirut.

While investigations have shown that the Lebanese Armed Forces (LAF) are partly to blame for the disaster, the investigation has remained unproductive, being used instead to persecute those who oppose US influence in Lebanon.

At the center of Lebanon’s manufactured economic crisis stands Central Bank Governor Riad Salameh, a man charged on suspicion of embezzlement, money laundering, and abuse of influence in Switzerland, Britain, Luxembourg, Germany, the Netherlands, and Lebanon.

In late March, the European Union Agency for Criminal Justice Cooperation (Eurojust) announced the seizure of €120 million worth of assets connected to Salameh and his three-decade tenure as central bank chief.