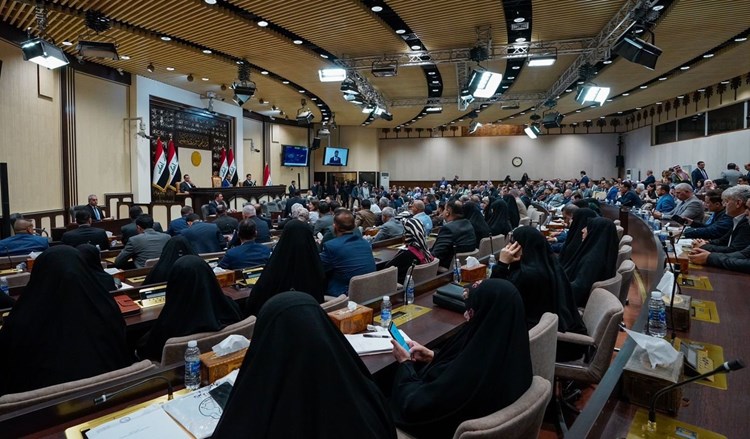 On 12 May, Iraq’s Council of Representatives held the first reading of a proposed law to ban the normalization of relations with Israel.

“The House of Representatives has completed the first reading of the proposed law banning normalization and establishing relations with the Zionist entity, which was submitted by the Legal Committee,” the Iraqi parliament’s media office told the Iraqi News Agency (INA), adding that the law seeks to “preserve national, Islamic and humanitarian principles in Iraq.”

“The law aims to block anyone who wants to establish any kind of relations with the occupying Zionist entity, and to impose a punishment to deter them,” the media office added.

The bill was first proposed by the Sadrist Movement, the country’s largest parliamentary bloc, after its leader, Muqtada Al-Sadr, announced the plan via Twitter on 23 April.

“The Sadrist bloc and its allies … will soon announce a draft project to criminalize normalization and all dealings with the Zionist entity,” Al-Sadr said, adding that “the issue of normalization and Israeli ambitions to dominate our beloved Iraq … was one of the core reasons that restarted the Sadrist Movement involvement in the electoral process.”

Mohammed al-Hayani, a member of the Fatah Alliance, a Shia political bloc with links to the Popular Mobilization Units (PMU), told media that the law is necessary in Iraq “because currently there are political sides that try to normalize relations with Israel.”

Since the controversial parliamentary elections held last October, Iraq has been mired in political uncertainty, with the leader of the dominant Sadrist bloc, Shia cleric Muqtada al-Sadr, continuously refusing to form a coalition with the Coordination Framework.

As a result of this political impasse, the current caretaker government will continue to run Iraq until the formation of a new government.