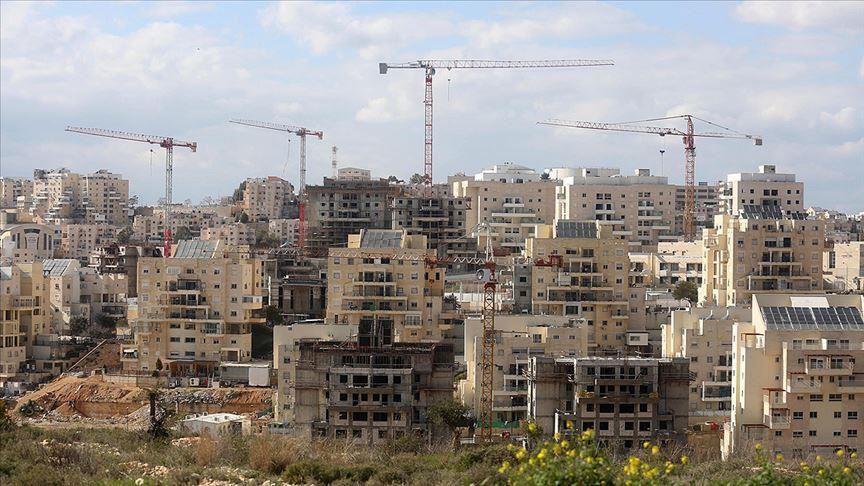 Israel is preparing to build 4,427 illegal settlements in the occupied West Bank, according to the watchdog and activist Israeli group Peace Now.

A report by Peace Now states that a total of 2,791 housing units have received final approval from the Civil Administration Planning Committee and 1,636 units have been granted initial approval.

Plans to increase the occupation of the West Bank were leaked at a time of heightened tension over the killing of Palestinian journalist Shireen Abu Aqla by Israeli forces in the refugee camp of Jenin.

Since 1967, approximately 600,000 to 750,000 Israeli settlers have moved to live on land in occupied East Jerusalem and the West Bank, where there are 2.9 million Palestinians.

Settler communities are granted permission to build permanent structures connected to the electrical grid and water supply, while building permits for Palestinians living alongside them are almost always denied. Many Palestinians live under the constant threat of eviction, and face a rising tide of settler violence designed to displace them from their homes.

The practice is considered by most of the international community to be illegal, and a major impediment to achieving lasting peace.

This week, prior to the approval of the plan, the United States expressed its opposition and the State Department’s deputy spokesperson, Jalina Porter, said that “Israel’s plan to expand settlements deeply harms the prospects for a two-state solution.”

Israel is set to approve the construction of another 3,988 new illegal settler units in the West Bank, the Israeli Civil Administration announced in a statement on 6 May.

Israeli Interior Minister Ayalet Shaked said via Twitter that the Defense Ministry’s Higher Planning Council, in charge of authorizing the building of settlements, will meet next week to approve the project.

On 4 May, Israel’s High Court ruled that the Israeli army can evict the 1,300 Palestinians who live in eight villages on the southern hills of Hebron in the occupied West Bank.

The court’s decision settled a legal battle that has lasted more than 20 years and involved the forced displacement of thousands of Palestinians in the area known as Masafer Yatta, Palestinian groups and the Norwegian Refugee Council reported.