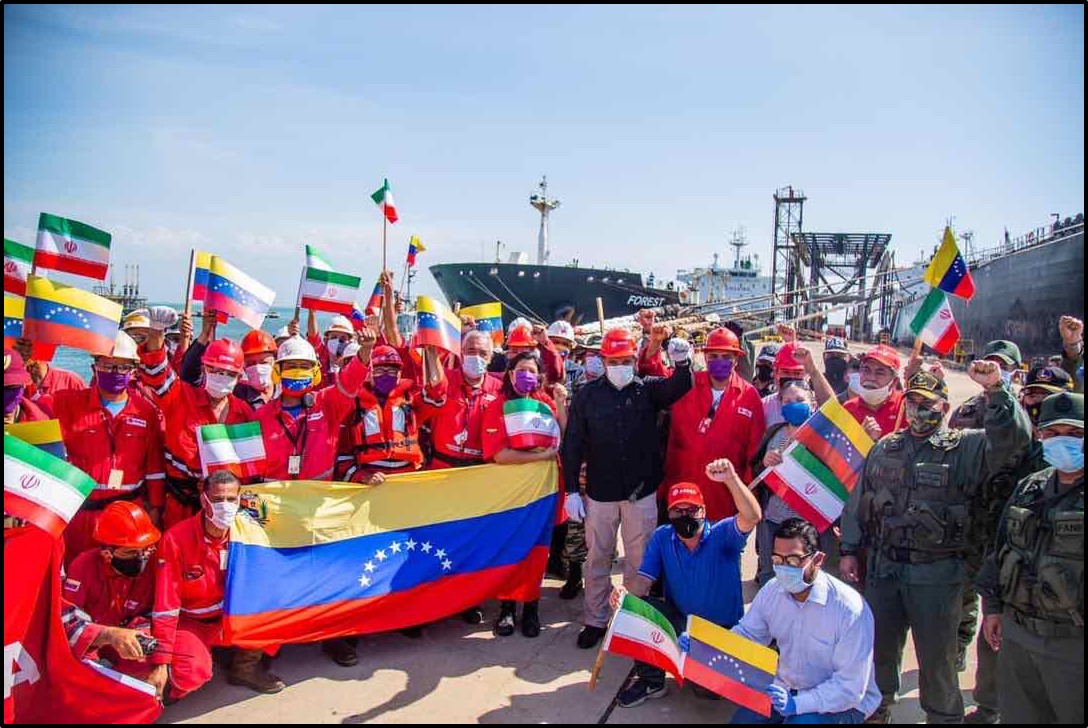 Iranian and Venezuelan oil tankers have been carrying out ship-to-ship (STS) transfers in the open ocean in order to bypass US sanctions, according to an exclusive report by Reuters.

“As Maximo Gorki was making its voyage toward Venezuela, Iran was able to send out a NITC tanker to meet it near the Maldives,” said Claire Jungman, chief of staff of the United Against Nuclear Iran (UANI) advocacy group.

“The location is strategically convenient for Iran, taking roughly five days for the Iranian tankers to get from Khor Fakkan to Malé,” the Maldives capital.

The Maximo Gorki docked in Venezuela last week and began discharging its cargo of two million barrels of Iranian condensate.

Its arrival came just days after Iran’s Dino I and Derya vessels delivered heavy crude and condensate to the Bolivarian Republic, as part of a swap agreement signed last year by the two countries’ state-owned oil companies.

The bilateral agreement hopes to increase Venezuela’s oil production across its refineries, which are already packed with Iranian modern equipment.

At least two million barrels of oil and one million barrels of condensate are expected to arrive in Venezuela this month from the Islamic Republic. In exchange, Caracas intends to send heavy crude and fuel oil to Iran’s National Iranian Oil Company (NIOC).

During his visit, Owji also met with his Venezuelan counterpart, Tareck El Aissami, and discussed “the construction of routes and mechanisms to overcome the unilateral coercive measures imposed by the United States government and allied countries.”

According to a report published on 21 January by The Miami Herald, last year, Venezuela managed to double its oil production as a result of assistance rendered by Tehran.