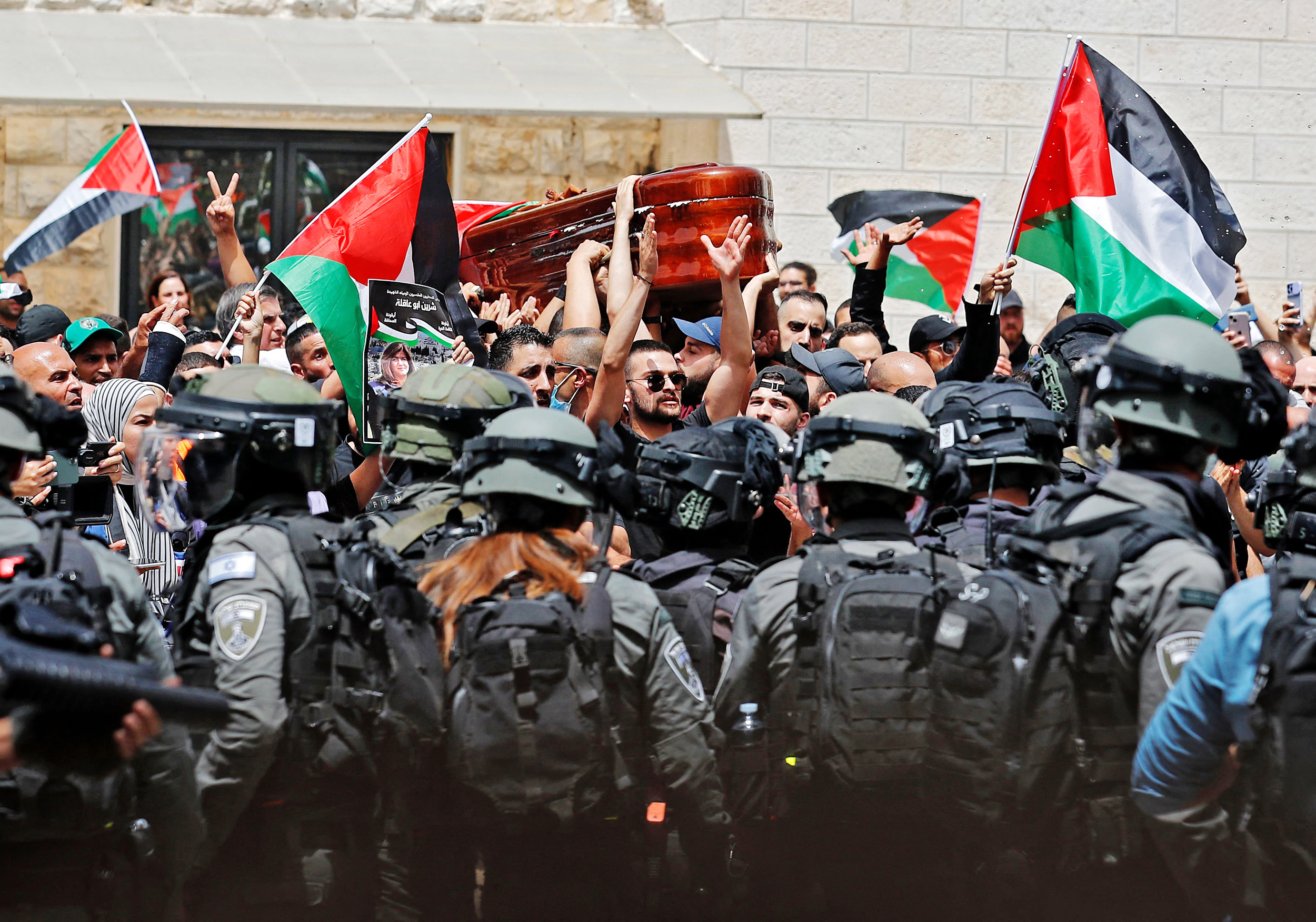 On 13 May, Israeli security forces attacked mourners attending the funeral procession of Al Jazeera journalist Shireen Abu Aqla Nasri, who was shot in the head by occupation soldiers while covering a raid on Jenin refugee camp on 11 May.

The body of the 51-year-old Palestinian-American left St Louis French Hospital in Sheikh Jarrah to make its way to the neighborhood of occupied East Jerusalem for the funeral procession at the Melkite Greek Catholic Church in the Old City, and then to the cemetery. Thousands were in attendance.

Images posted on social media showed Israeli police charging at and beating attendees who wanted the coffin wrapped in the Palestinian flag. Since its occupation of the eastern part of Jerusalem, and its annexation in 1980, Israel has prohibited the display of the Palestinian flag.

The Palestinian Red Crescent reported that it had treated dozens of wounded mourners in the vicinity of the hospital.

Shireen’s coffin arrived shortly afterwards in a van at Jaffa Gate in Jerusalem’s Old City, where she was transferred to the church. The mass was attended by hundreds of mourners, and heavy security was deployed across the city.

Police also cracked down on attendees displaying Palestinian flags in the area of the church.

Ahead of the funeral, the Israeli government had imposed a number of restrictions, including on the number of mourners attending the service and the use of Palestinian flags and posters.

The occupying forces even stormed the home of Shireen Abu Aqla Nasri earlier in the day, attempting to tear down a Palestinian flag that was placed in her honor.

Palestinian journalist Shatha Hanaysha stated that the Israeli snipers who opened fire could clearly see that they were journalists.

In response to the accusations, Israeli officials initially tried to deflect blame for the murder, pointing at Palestinian factions instead.

As international condemnation grows, the EU and UN have joined calls by rights groups for an independent investigation into the murder of Abu Aqla.