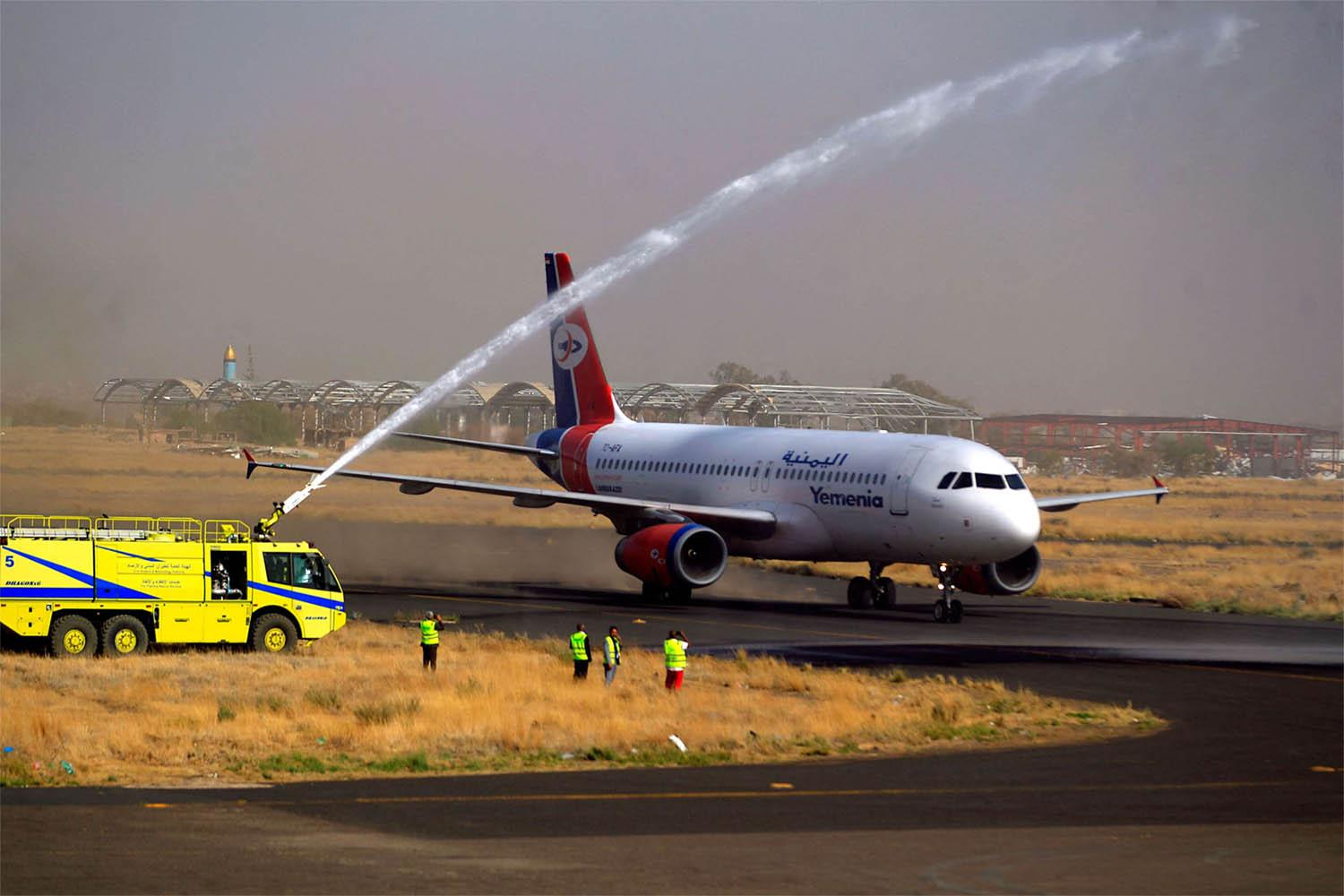 A commercial flight, the first in over six years, departed from Yemen’s capital Sanaa on 16 May, as part of the UN-sponsored ceasefire agreement between the Saudi-led coalition and Yemen.

The commercial flight had 151 passengers on board and was bound for the Jordanian capital, Amman.

The truce, which expires in 15 days, allows Yemen two commercial flights a week.

According to the Ansarallah resistance group, commercial flights from Sanaa are only allowed to Jordan and Egypt.

Yemen’s Civil Aviation and Meteorological authority urged the UN to “adhere to the provisions of the truce by operating the 16 agreed-upon flights.”

The first scheduled flight was set to depart to Jordan’s capital on 24 April, but Yemen’s national airline announced at the time that it was not allowed to operate.

Yemen’s director at the Norwegian Refugee Council, Erin Hutchinson, commented on the 16 May flight take-off, saying it was a “stepping stone towards lasting peace for Yemen.”

“The long overdue re-opening of the airport was one of the major objectives of the truce,” she said.

Alongside the initiation of a flight schedule, the truce also allows Yemen to receive 18 fuel vessels in the Red Sea port of Hodeidah.

Saudi Arabia, however, has consistently violated the UN-brokered ceasefire agreement which started on 2 April.

While a few fuel ships have been allowed to enter Yemeni ports, the war-torn country continues to experience one of the worst humanitarian crises as a result of the Saudi-led war and its economic blockade on Yemen.