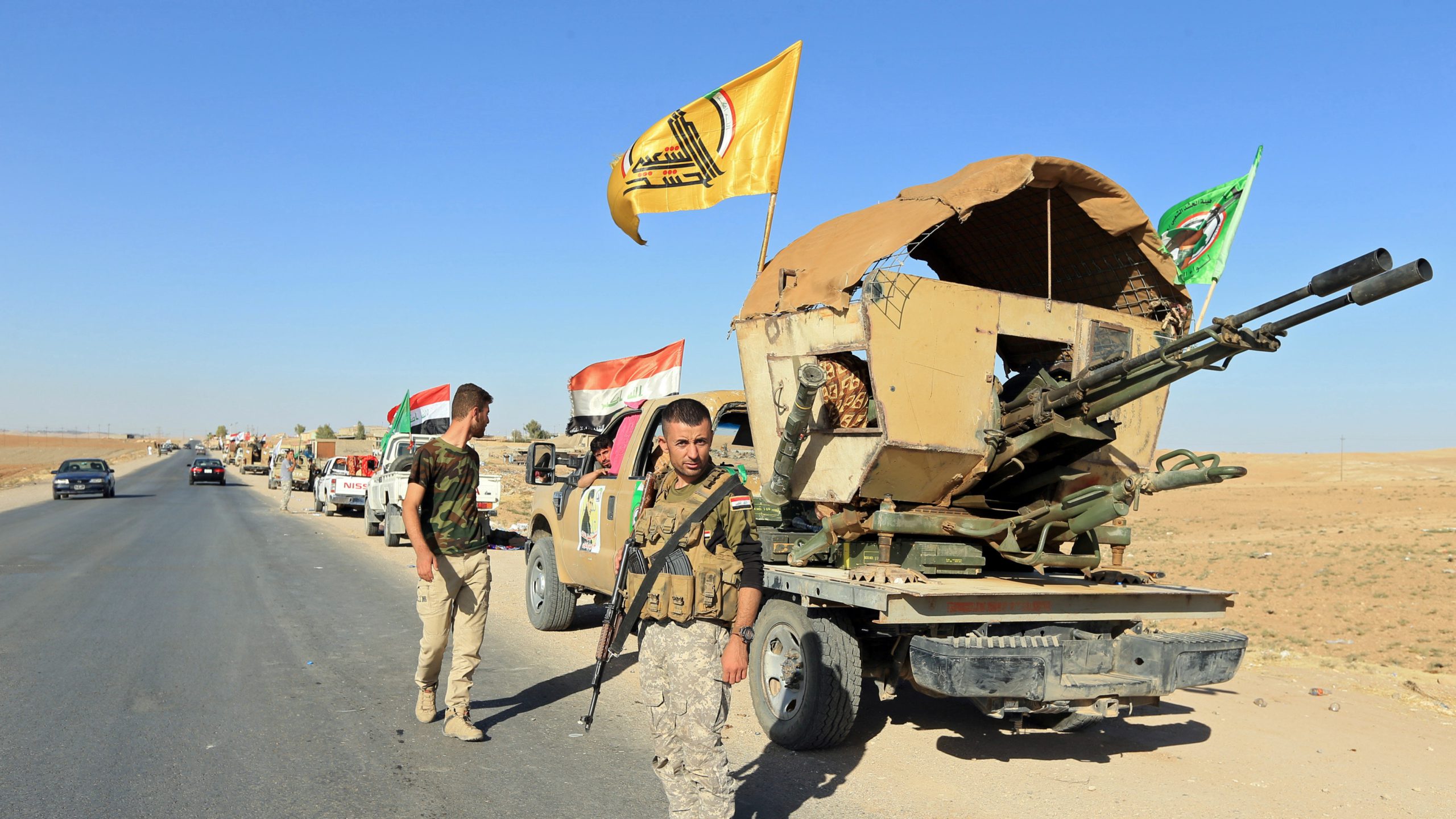 In a statement published by the Sabereen News media outlet, the leader of the group, Akram al-Kaabi, said: “By hosting the US military bases and the positions of the Mossad, leaders of the Iraqi Kurdistan region have not only compromised the security of the northern Iraqi people but have also turned the area, infested with spies and occupying forces, into a legitimate target for Iraqi resistance groups.”

The statement was accompanied by a caricature showing the leader of the Kurdistan Democratic Party (KDP), Masoud Barzani, with two crows marked as Israel and the US sitting on his head, while he invites other evil crows to his sphere of influence.

It also depicted the commander of the Nujaba resistance movement ordering his forces to smash the nests of crows perched atop Barzani’s head.

The HHN, also known as the 12th Brigade, is a Shia resistance group affiliated with the Popular Mobilization Units (PMU), also known as Hashd al-Shaabi.

He added that the withdrawal of foreign occupation troops from Iraq was “non-negotiable,” as in early 2020 parliament passed a resolution calling for the full withdrawal of the occupying forces in the wake of the US assassination of Iranian commander Qasem Soleimani and PMU deputy leader Abu Mahdi al-Muhandes.

In March of this year, Iran’s Islamic Revolutionary Guard Corps (IRGC) launched a precision missile strike against a Mossad base in the city of Erbil.

In another exclusive, the official spokesman of the Patriotic Union of Kurdistan (PUK) party’s Erbil office, Azad Jolla, confirmed that the Israeli spy agency Mossad has long been active in the capital of the IKR.