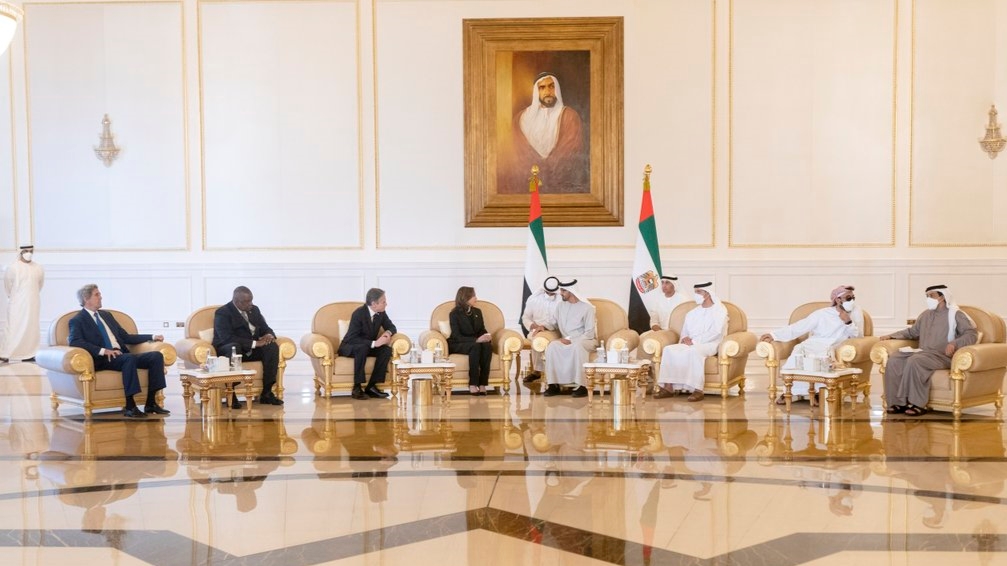 US President Joe Biden deployed a high-level delegation to the UAE this week in a bid to mend ties with Washington’s Gulf allies.

The top-tier group of US officials made the trip to pay their respects to new leader Mohammed bin Zayed (MbZ) on the death of his half-brother, according to the White House.

Saudi Crown Prince Mohammed bin Salman (MbS) also travelled to the UAE on 16 May to offer his condolences.

During a business dinner between MbZ and Blinken, the Emirati leader said his country “looked forward to strengthening strategic relations” with the US, the Emirati state news agency WAM reported.

Meanwhile, US officials said that Harris planned to emphasize the intent to deepen ties across areas ranging from security and climate to space, energy, and commerce.

The crisis has been made worse by severe economic sanctions imposed on Russia by western powers.

Both the UAE and Saudi Arabia have outright refused to break with their OPEC+ commitments in order to increase oil production, in spite of desperate pleas by the White House.

Despite being a key US strategic partner in the Persian Gulf region, earlier this year the UAE abstained from voting in a critical draft UN Security Council (UNSC) resolution condemning Russia’s military invasion of Ukraine.

The move came as a shock to observers, even though the Gulf state did subsequently back a resolution at the UN General Assembly on 2 March.