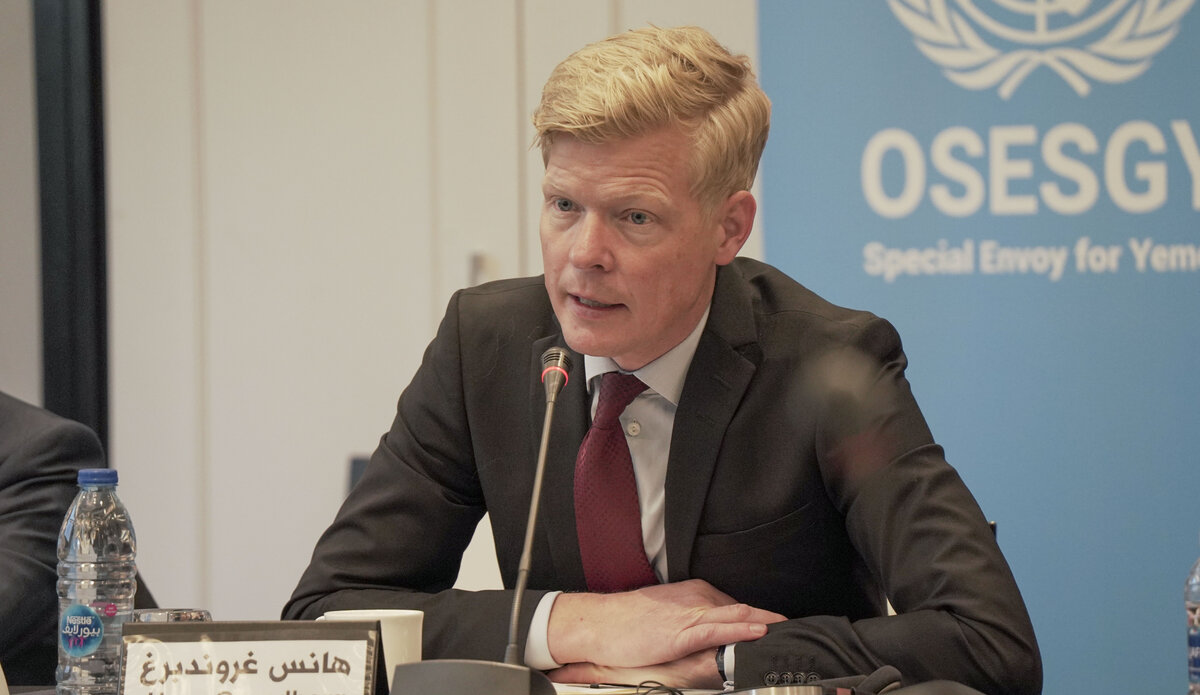 The UN envoy to Yemen has expressed hope that a UN-brokered ceasefire will bring the warring parties to an agreement for the extension of the current two-month truce, with the goal of finally ending the seven years of war.

“I continue to talk with the parties to overcome outstanding issues and ensure the extension of the truce, which expires in two weeks,” UN Special Envoy for Yemen Hans Grundberg explained at a press conference after a closed briefing to the Security Council on 17 May.

According to Grundberg, the temporary ceasefire, which began on 2 April, is generally being respected, with a clear reduction in fighting, although some violations have been reported.

“Frontlines across Yemen have quietened down significantly, and there are reports of increasing humanitarian access, including in some frontline locations that had previously been extremely difficult to access,” he added.

The truce, Grundberg said, has brought significant relief to the Yemeni population by facilitating the delivery of humanitarian aid and the entry of fuel into the country, as well as allowing the return of commercial flights to the airport in the capital Sanaa.

On 16 May, a commercial flight, the first in over six years, departed from Yemen’s capital Sanaa as part of the UN-sponsored ceasefire agreement between the Saudi-led coalition and Yemen.

The commercial flight had 151 passengers on board and was bound for the Jordanian capital, Amman.

According to the Ansarallah resistance group, commercial flights from Sanaa are only allowed to Jordan and Egypt.

Yemen’s Civil Aviation and Meteorological authority urged the UN to “adhere to the provisions of the truce by operating the 16 agreed-upon flights.”

Grundberg said the UN is still working to ensure that these flights continue for the duration of the truce and to agree on a long-term mechanism to keep it open.

According to the envoy, “the truce is a historic moment” but is temporary, and can only have long-term continuity with real negotiations between the parties, which Grundberg says he is trying to restart with a new format.