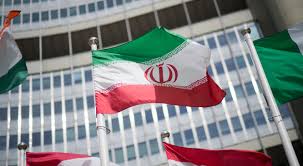 UN Special Rapporteur Alena Douhan has said that the US must lift economic sanctions on Iran due to the negative impact they have on the Iranian people.

“I call on the United States to abandon unilateral sanctions,” the UN special rapporteur told a press conference in Tehran on 17 May.

Commenting on Iran’s frozen assets abroad, the UN official said the assets – estimated to be around $120 billion – need to be unblocked.

Douhan urged states that have seized the funds of the Iranian Central Bank to immediately release them in line with international law.

During the 12-day visit to the country, the rapporteur met with members of civil society, the financial sector and the diplomatic community to assess the consequences of the sanctions that the US re-imposed on Iran in 2018.

“Sanctions have affected all aspects of Iranian lives,” Douhan said.

Those aspects include education, housing, academia or sports, but also others, such as human rights or the ability of international organizations to help marginalized sectors of the country.

According to Douhan, the US has imposed crippling economic and trade sanctions on Iran since the 1970s, and has significantly expanded them since the early 2000s.

In May 2018, the former US president Donald Trump, having withdrawn his country from the 2015 nuclear deal, reinstated harsh economic sanctions and applied new sanctions on Iran in a move that was widely criticized.

Since the revival of negotiations between Iran and the remaining signatories of the Joint Comprehensive Plan of Action (JCPOA), all sides last year expressed their determination to reach an acceptable agreement.