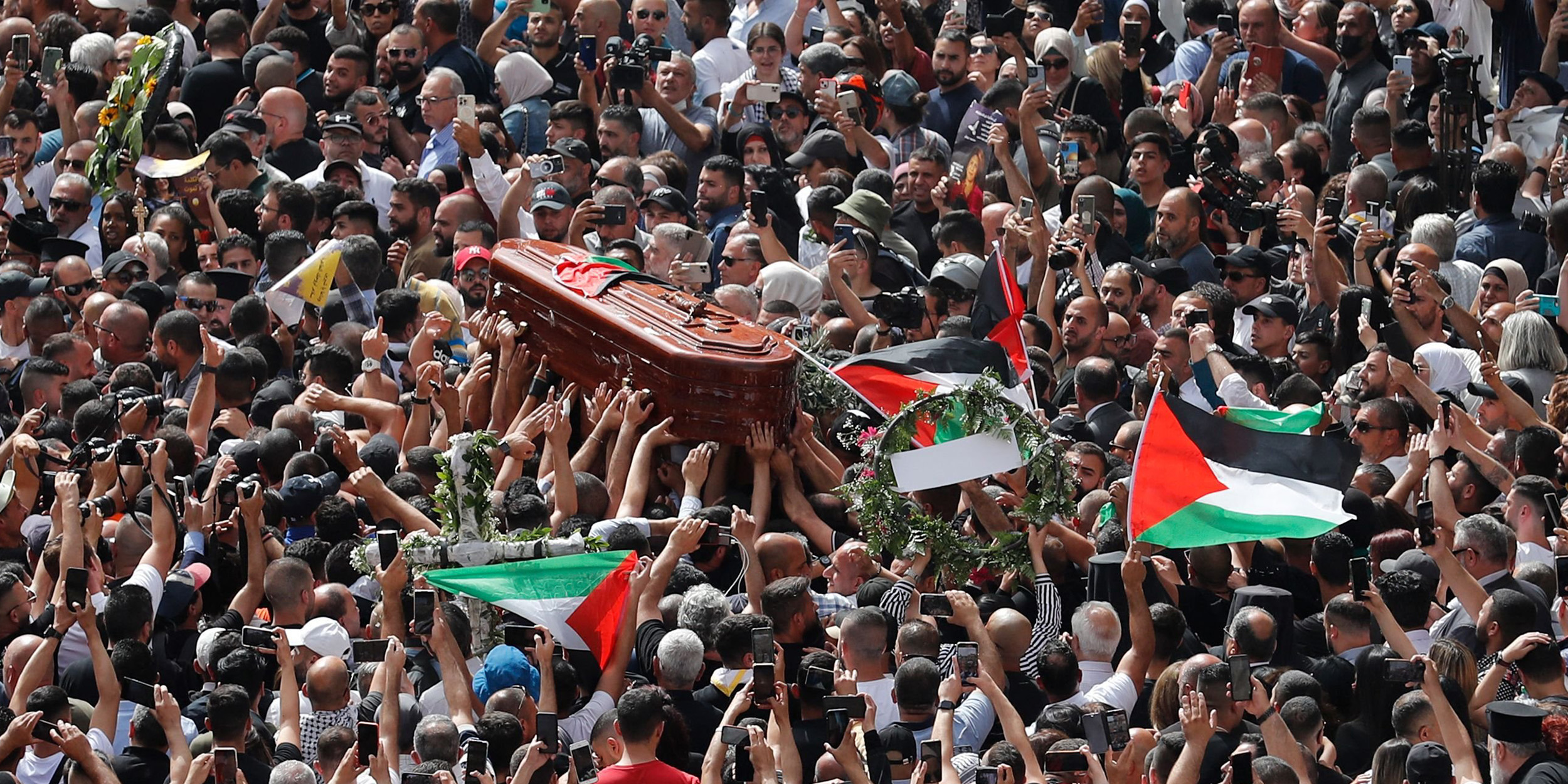 Al Jazeera has confirmed the veracity of a new video which shows the moments leading up to the murder of Palestinian-American journalist Shireen Abu Aqla by Israeli occupation troops.

The video corroborates eyewitness accounts, which said there were no clashes in the area as the team of journalists prepared to cover Israeli raids in the West Bank city of Jenin.

As the team of journalists – including Abu Aqla in her blue press flak jacket – makes its way down an empty street in the direction of the Israeli forces, gunfire suddenly rings out.

The renowned journalist is then seen lying dead on the ground.

On 19 May, Israeli officials said the occupation army had “potentially identified” the rifle used to shoot down the Al Jazeera journalist, but added that they “could not be sure” unless Palestinian authorities handed over the bullet that was dislodged from her head.

“There is a good chance that armed Palestinians, who fired widely, are the ones who led to the unfortunate death of the journalist,” Bennett told reporters on 11 May.

The occupying forces even stormed the home of Shireen Abu Aqla earlier the same day, attempting to tear down a Palestinian flag that was placed in her honor.

Amid all this, recent reports claim that the occupation army’s Military Police Criminal Investigation Division has no plans to investigate the murder, as questioning Israeli forces would cause “controversy in the army and in society.”