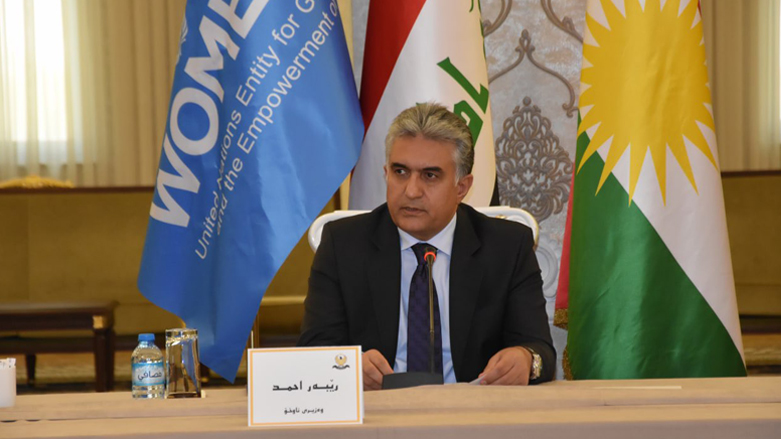 The visit comes as the political deadlock in Iraq since the country’s parliamentary elections in October of last year continues, preventing the election of an Iraqi president and the formation of a new government.

“Rebar Ahmed and Iranian officials have signed security deals on joint borders,” the source said. “Iranian officials warned that if the Iranian Kurdish political parties … launch attacks against Iranian forces from the Kurdistan territories, then Iran will retaliate.”

Earlier this month, the Iranian Revolutionary Guard Corps (IRGC) launched an attack on what it called terrorist bases in the Barbzin heights of Erbil’s Sidikan area in northern Iraq.

The IRGC reportedly targeted bases belonging to the Kurdistan Democratic Party of Iran (KDPI), a Kurdish militant group outlawed in Iran and operating in northern Iraq. The KDPI was responsible for attacks on Iran’s border regions.

The source said that the KRG and Iran agreed that Harir Airbase, a military base near Erbil hosting the US and the coalition forces would be overseen by the Iraqi federal government.

The airbase will only be used for duties that Baghdad demands from the coalition forces, the source added.

The source went on to explain that the two sides agreed that Harir Airbase would not be used by the US to spy on Iran.

Rebar Ahmed has denied any “relations between the KRG and Israel or that Israeli companies were in Erbil, and promised to defuse Iranian suspicions of a list of companies that [it believes acts] as spies for Israel,” according to the source.

On 13 March, the IRGC said it launched targeted missile strikes against Israeli Mossad bases in Erbil, the capital of Iraq’s Kurdistan region.

Iran has reportedly expressed its wish for a candidate from the Patriotic Union of Kurdistan (PUK), the KDP’s rival, to be elected as president of Iraq, which is traditionally a position held by Kurds, in contradiction of unconfirmed reports that Iran is backing Ahmed’s bid for the presidency.