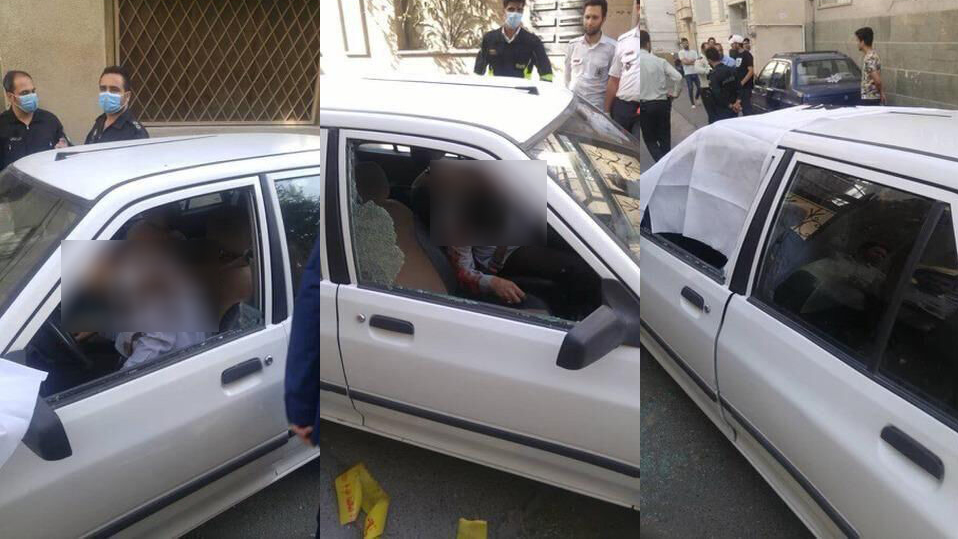 Unknown assailants shot and killed an Islamic Revolutionary Guard Corps (IRGC) colonel outside his home in Tehran on 22 May, according to a report from Iranian state news agency IRNA.

IRGC Colonel Hassan Sayyad Khodaei was in his car near his home in downtown Tehran on Mojahedin-e-Islam Street at approximately 4pm local time when armed assailants on two motorcycles shot him five times.

Three bullets hit him in the head and two in the hand, according to Islamic Republic of Iran Broadcasting.

An Iranian media source told The Cradle that the home of Colonel Khodaei is located close to the Iranian parliament building.

The assailants escaped and are under pursuit by Iranian police and intelligence forces.

The IRGC confirmed the assassination of its member and offered condolences to his family.

It was noted that Khodaei was one of the IRGC Quds Force officers who went to Syria to fight against ISIS militants and defend the Islamic holy shrine of Lady Zainab, the granddaughter of Prophet Muhammad.

An Iranian official spoke to Al Jazeera in the evening following the assassination, declaring “those who are responsible for the assassination of Colonel Sayyad Khodaei will pay a heavy price.”

On the same day, Iran announced it had arrested a group of criminals whose job was to undermine public safety, on behalf of Israeli intelligence. The crimes they committed included robberies, vandalism, and kidnapping.

It is unclear if these Israeli-linked criminals are connected to the assassination of Colonel Khodaei.

Mossad is believed to be the principal suspect behind the killing, given their history of carrying out assassinations, as in the case of top Iranian nuclear scientist Mohsen Fakhrizadeh.

The government of Iran accused Israel of carrying out the assassination. Tel Aviv has neither denied nor confirmed the allegations.

A failed assassination attempt against an IRGC general also took place in the Sistan-Baluchestan region on 23 April. A spy ring connected to the Israeli Mossad was busted by Iranian intelligence units in the same province just days prior to the attempted assassination.

Iranian President Ebrahim Raisi warned on 18 April that the Islamic Republic will target “the heart of Israel” if Tel Aviv makes the slightest move against Tehran.

An unnamed Iranian source revealed to Al Jazeera on 21 April that Tehran informed Tel Aviv that the locations of all of Israel’s nuclear, biological, and chemical weapons sites were known to Iran, and that in the event of any aggression, Iran will strike these targets.

“[Enemies of Israel] will encounter more and more initiative, attacks and innovation. If we will have to fight a new conflict, we are determined to arrive ready, trained, surprising our enemies and not being surprised, and to strike the enemy with a powerful, decisive blow,” said Israeli Prime Minister Naftali Bennett in a veiled response to Tehran’s warnings.

This month, Israel is carrying out massive military exercises simulating a multi-front war. The drills will conclude with an exercise simulating an attack on Iran. The US is expected to participate in that segment of the drill.

On 13 March, the IRGC launched several ballistic missiles at a Mossad base in Erbil, Iraq following the murder of two of its officers in Syria due to an Israeli aerial aggression.

However, according to a senior Iranian security source who spoke exclusively to The Cradle, the Erbil retaliatory strike was not in response to the Syria attack – which they reserve the right to respond to at a later time – but a response to an earlier attack from 14 February where Israeli elements in the Iraqi Kurdistan region targeted an Iranian drone base in Kermanshah.