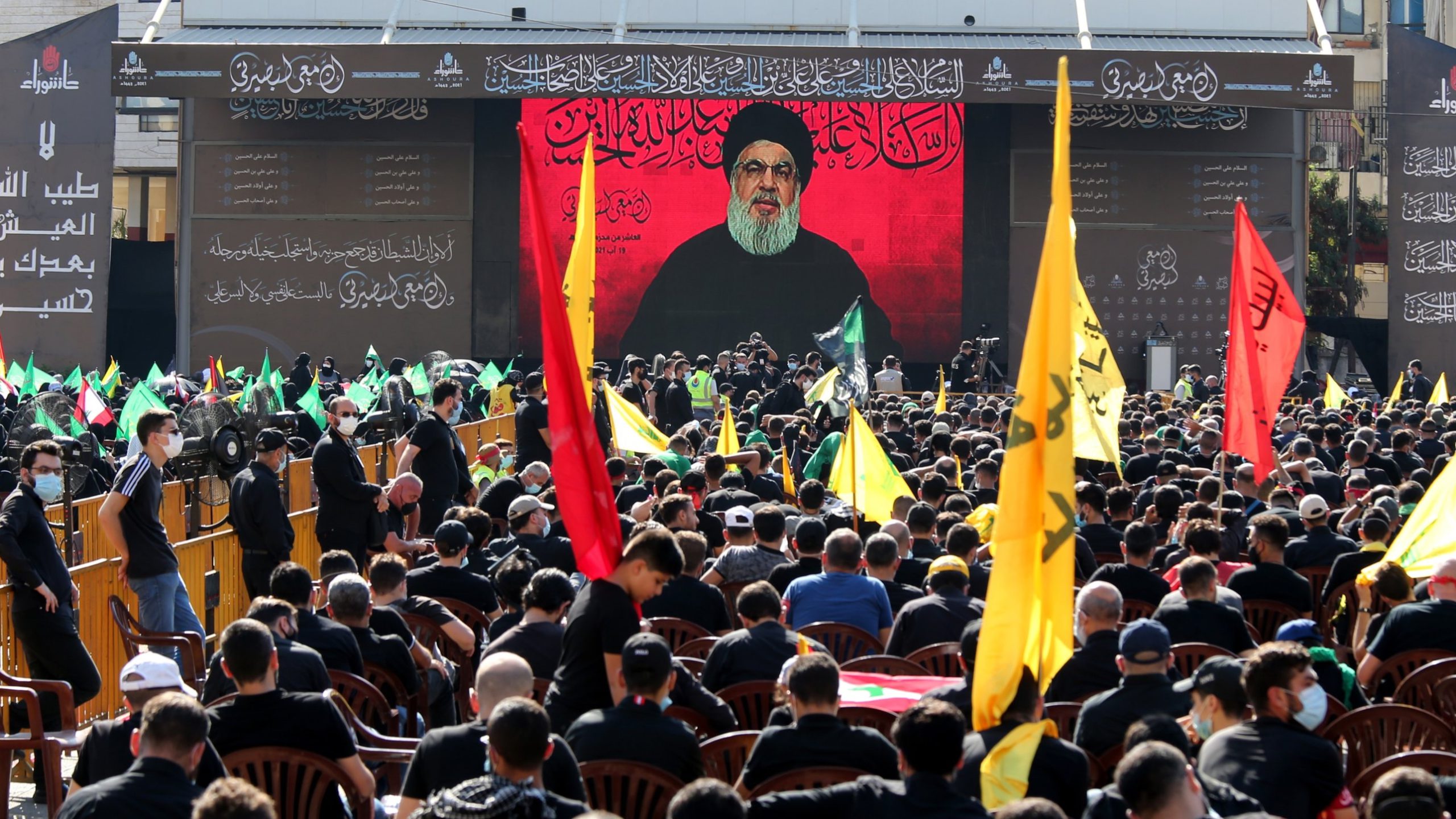 Nasrallah: “Any harm done to Al-Aqsa Mosque will lead to a regional explosion with dire consequences”
VIDEO: pic.twitter.com/nJcwL03Vtx

Nasrallah issued the warning during a speech on 25 May honoring the 22nd anniversary of the liberation of Lebanon from Israeli occupation.

Specifically, he was referring to Israel’s upcoming “Flag March” – set to take place on 28 May – during which Jewish supremacists seek to engage in provocative marches in the middle of the Muslim and Christian quarters of occupied Jerusalem.

Far-right groups involved in organizing the march have publicly called for the demolition of Al-Aqsa Mosque in order to make way for a third Jewish temple.

The Hezbollah leader was clear in saying that, if such provocations cross any red lines, a regional war will definitely ignite.

In a warning to Israeli leaders, Nasrallah advised that “the enemy’s government should not take any step whose results would be catastrophic on the temporary entity’s existence.”

Hours after his speech, an Israeli court upheld the ban that forbids the flag march from entering the grounds of Al-Aqsa itself, limiting the march to a safe distance.

And then this morning this happens👇🏻

News from occupied #Palestine: The Central Cour of the Zionist occupation in Al Quds canceled the decision to allow settlers to perform their rituals in the courtyards of the #AlAqsaMosque. https://t.co/3A9N39rfJZ

Nasrallah noted that due to internal crises within Israel – internal division, political turmoil, fear for the future, and more – Tel Aviv has never been so weak.

In contrast, the Hezbollah leader highlighted how the resistance is “stronger than anyone expects or imagines.”

Honoring the history and sacrifices of the resistance, Nasrallah noted that Hezbollah did not shed the blood of its men and women in order to seek power and control of Lebanon, but rather to bring freedom, security, and dignity to the Levantine nation and its people.

He also rejected the idea that Hezbollah claims a monopoly on this effort, acknowledging the role of other groups and factions of different religions, sects, and political ideologies in liberating the land from Israeli occupation.

Nasrallah also warned that the Lebanese state is on the verge of collapse and that the main concern of all political groups in Lebanon should be to cooperate and avoid the collapse.

He lamented that the sole concern of many political groups is disarming the resistance, and not the economic and social woes of the Lebanese people.

“We told them to keep the resistance aside since people’s concerns are more important and the state is heading towards collapse, but they are only busy with the issue of the resistance,” Nasrallah complained.

The Hezbollah leader reiterated his call for the Lebanese state to extract oil resources from its territorial waters, saying: “Lebanon can be a country that is rich with oil and gas; and extracting them from the sea is very possible and solves Lebanon’s crises, but this requires courage.”

“Lebanon has a massive treasure and wealth of oil and gas in front of which we stand hand-folded while the enemy is making deals to sell the oil.”

To date, the Lebanese state has ignored offers from eastern nations like Russia, China, and Iran for assistance in the field of energy.

The UN recently accused Lebanon’s political elite of human rights violations for creating the conditions for an acute economic crisis that has plunged over 80 percent of the population below the poverty line.