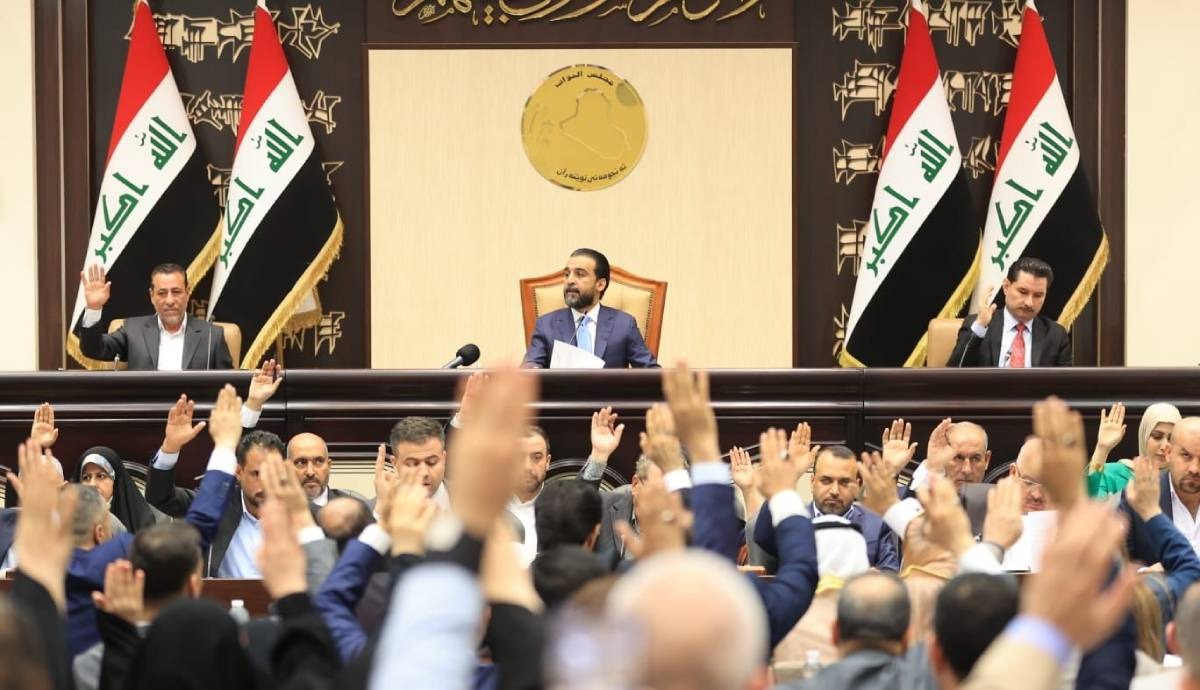 On 26 May, the Iraqi parliament approved a bill criminalizing any form of normalization or dealings with Israel, with the 275 attending members of parliament unanimously voting in favor of the law.

“This law, which was unanimously voted by the voters, represents a true reflection of the will of the people, a brave national decision, and a position that is the first of its kind in the world in terms of criminalizing the relationship with the Zionist entity,” Deputy Speaker of the House of Representatives, Hakim al-Zamili, said in a statement.

The statement goes on to call on all “Arab and Islamic parliaments to pass similar legislation that meets the aspirations of their people.”

The head of the Sadrist Movement, prominent Shia cleric Muqtada al-Sadr, called on the Iraqi people via Twitter to take to the streets in celebration of the newly approved law, describing it as a “great achievement.”

The bill was initially introduced on 24 April, during a press conference between the leaders of the Sadrist bloc, the Sovereignty Alliance, and the Kurdistan Democratic Party (KDP).

On 12 May, Iraq’s Council of Representatives held the first reading of the newly implemented bill.

Mohammed al-Hayani, a member of the Fatah Alliance, a Shia political bloc with links to the Popular Mobilization Units (PMU), told media at the time that the law is necessary in Iraq “because currently there are political sides that try to normalize relations with Israel.”

Interior minister of the Kurdistan Regional Government (KRG) and Kurdistan Democratic Party (KDP) candidate for the Iraqi presidency, Rebar Ahmed, denied any “relations between the KRG and Israel or that Israeli companies were in Erbil, and promised to defuse Iranian suspicions” on the matter during a secret visit to Tehran.

However, during an exclusive interview with The Cradle, the official spokesman of the Patriotic Union of Kurdistan party in Erbil, Azad Jolla, confirmed that the Israeli spy agency Mossad has long been active in the capital of the Iraqi Kurdistan Region.