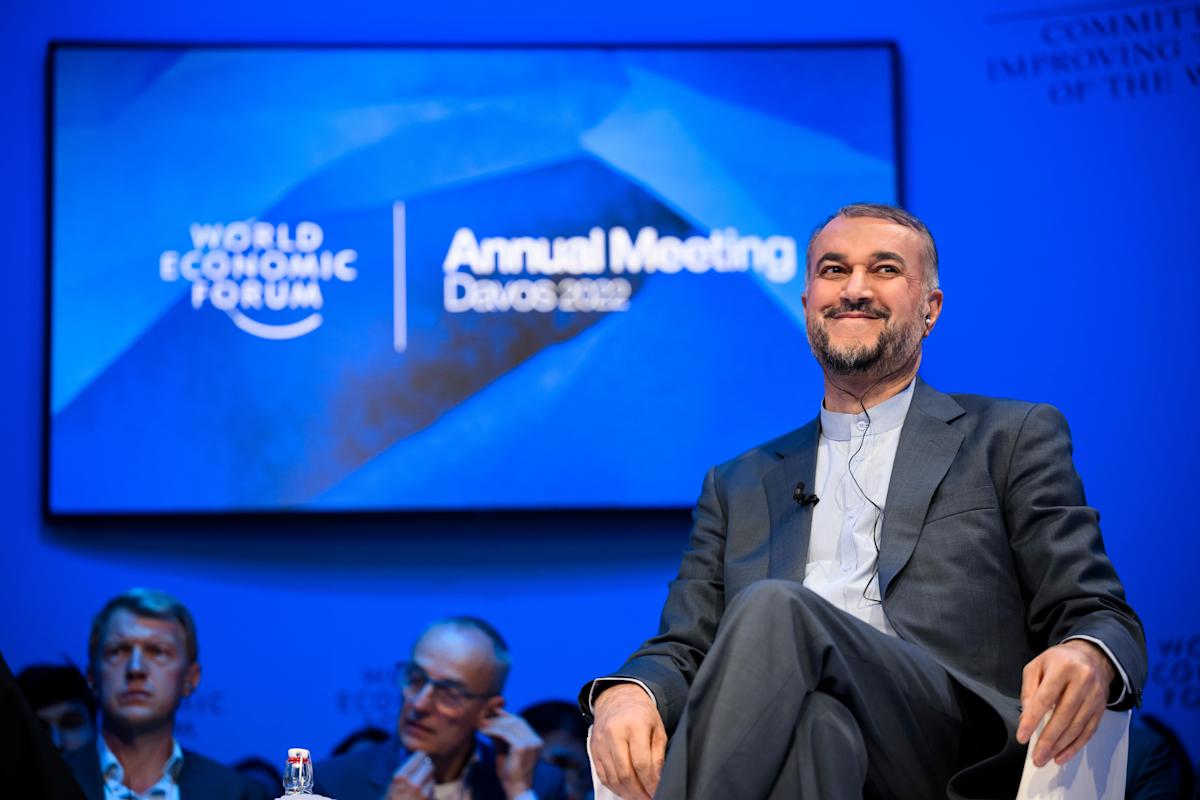 On 26 May, Iranian Foreign Minister Hossein Amir-Abdollahian said that Tehran is determined to reaching a deal with western powers to revive the 2015 nuclear deal, adding that US foreign policy has been “taken hostage” by Israel.

Speaking at the World Economic Forum in Davos, Amir-Abdollahian accused the White House of being “indecisive” in their talks to salvage the Joint Comprehensive Plan of Action (JCPOA), but said that agreement remains “within reach.”

“Now, we have reached a point [during the negotiations in Vienna] that if the American side makes a realistic decision, an agreement would be within reach,” the foreign minister said, before adding: “Zionists tell many lies about Iran’s nuclear issue, but Americans exactly know what they must do if they want to return to the JCPOA.”

The Vienna talks are currently stalled between Washington and Tehran due to disagreements over the removal of the Islamic Revolutionary Guard Corps (IRGC) from a US terror blacklist.

Iran’s top diplomat attributes the pause in the talks to “lack of economic guarantees” from the US, given that Washington continues to follow the policy of the Trump administration on Iran. He added that Iran must have access to “full economic benefits” of the deal, and it must facilitate the country’s economic activities with the world.

On the same day, the New York Times (NYT) leaked information indicating Israel informed the US it was behind the assassination of IRGC Quds Force Colonel Hassan Sayyad Khodaei in Tehran on 22 May.

According to reports, Israeli officials were infuriated upon hearing about this leak, with the Knesset committee believing that it could potentially harm US-Israeli relations.

The NYT report claims the assassination was aimed at derailing sanctions-removal talks that seek to restore JCPOA, which will provide Iran with significant sanctions relief in exchange for limiting their nuclear energy program.

Analysts believe that, by killing Khodaei, Israel sought to undermine any possibility for Tehran and Washington to reach a consensus over the issue of the blacklisting of the IRGC as a terrorist organization.

On 25 May, Israeli Prime Minister Naftali Bennett took to Twitter to hail a decision by the US president to keep the IRGC designation as a foreign terrorist organization (FTO).

Washington designated the IRGC as an FTO in April of 2019, as part of then-President Donald Trump’s “maximum pressure” campaign against the Islamic Republic. This was the first time that a country’s military had been added to the blacklist.