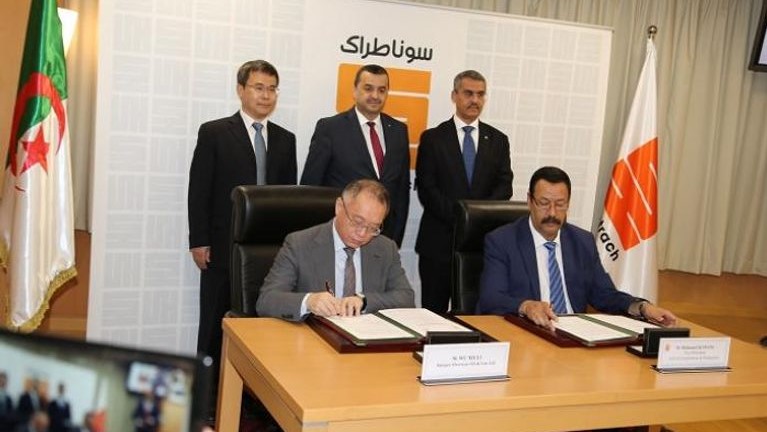 On 28 May, the Algerian national oil company Sonatrach signed a $490 million contract for the joint production of oil with China.

This was Sonatrach’s second signing of a deal with China; the first being a $520 million deal on 19 May to build a plant for methyl-tertiary butyl ether (MTBE), a flammable liquid used as an additive on unleaded gasoline.

The oil deal will produce 95 million barrels of oil over the 25-year duration of the agreement. The MTBE plant contract will produce 200,000 tons per year when the project begins in 2025.

Sonatrach signed a memorandum of understanding with its Chinese counterparts in May 2021 to enhance their partnership and cooperation in the energy market.

Through its Belt and Road Initiative (BRI), Chinese investments have amounted to $10 billion in direct investments since June 2019, with trade between the two countries amounting to $9 billion annually.

According to an investigation by The Cradle, China is focusing on West Asia and North Africa for its BRI roadmap of investments.

“The ambitious connectivity and development projects the BRI can inject into a war-torn, exhausted West Asia have the ability to transform the areas from the Levant to the Persian Gulf into a booming world market hub,” the investigation noted in reference to the potential effect of BRI on economic prosperity in the region.

Algeria has also been strengthening ties with Russia, whose Foreign Minister Sergei Lavrov visited Algeria on 9 May.

Both countries are major gas exporters looking to cooperate amid a global energy crisis exacerbated by western sanctions on Moscow.

According to an analysis by The Cradle, much of the Arab world depends on wheat supplies from Russia and Ukraine. The effect of the conflict on global food supplies and prices will be felt most acutely among countries already stricken by economic issues, namely, Lebanon, Yemen, Syria, Palestine, and Egypt.

The visit of the Russian foreign minister comes as Moscow seeks to build relations with the Arab world amid growing tensions with Tel Aviv, after Israel formally condemned the Russian special military operation in Ukraine.

Israel is also seeking to build up its military presence on the Moroccan border with Algeria, which Algiers sees as a threat to its national security.

The support of Tel Aviv towards the adversaries of Russia and Algeria may be a factor in bringing diplomatic relations between the two closer together.