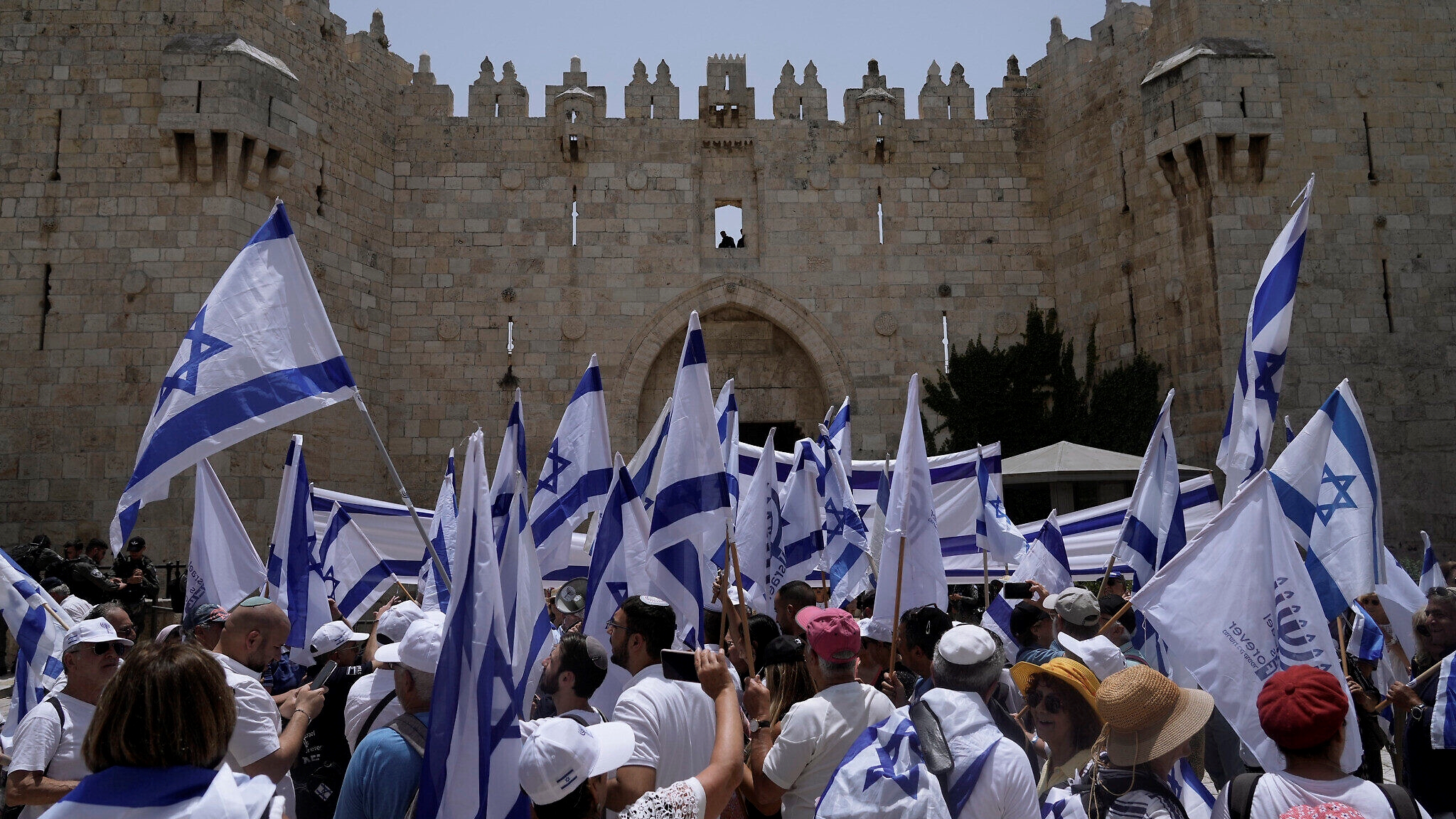 Hundreds of extremist Israeli settlers stormed the courtyards of Al-Aqsa Mosque in occupied East Jerusalem under the protection of armed occupation troops on 29 May.

Israeli troops trapped Palestinian worshippers inside Al-Qibli Mosque, blocking its doors with iron chains. They also set up barriers in the Old City of Jerusalem to prevent Palestinians from reaching Al-Aqsa.

Settlers also attacked an ambulance affiliated with the Palestinian Red Crescent Society as the emergency medical crew were attempting to reach the injured.

Ahead of the far-right “Flag March” which is due to take place in the Old City at 4:00 p.m, the Former Israeli Prime Minister Benjamin Netanyahu has just broken into Al-Buraq Wall plaza, the western portion of Al-Aqsa Mosque in occupied #Jerusalem.#AlAqsaUnderAttack#SaveAlAqsa pic.twitter.com/WBu0WHhQbU

Jewish worship is not permitted in the compound of Al-Aqsa Mosque, according to Israeli law, and it is also forbidden by the Chief Rabbinate of Israel.

This provocative raid on Al-Aqsa comes just hours ahead of the so-called Flag March, marking Israel’s occupation of East Jerusalem and the West Bank in 1967.

The last time the Flag March took place, in May 2021, an 11-day war broke out between Palestinian resistance groups in the Gaza Strip and occupation forces. The violence resulted in the deaths of over 260 Palestinians, and the destruction of large sections of the Gaza strip.

“I expect that Hamas and the other [military] factions are ready to do all they can to prevent this event, regardless of how much it costs us … The decision is in the hands of the Israelis and the international community. They can avoid a war and escalation if they stop this mad [march],” Bassem Naim, a top official in Hamas’s department of politics and foreign relations, said.

“Our biggest fear is that the marchers will enter the compound of Al-Aqsa Mosque and harm it … I want to tell the Israeli government and everyone involved – any harm to Al-Aqsa and the Dome of the Rock will lead to a major explosion in the region. This is a provocation against all Arab and Muslim peoples,” Nasrallah said on 25 May.

Nasrallah: "Any harm done to Al-Aqsa Mosque will lead to a regional explosion with dire consequences"
VIDEO: pic.twitter.com/nJcwL03Vtx