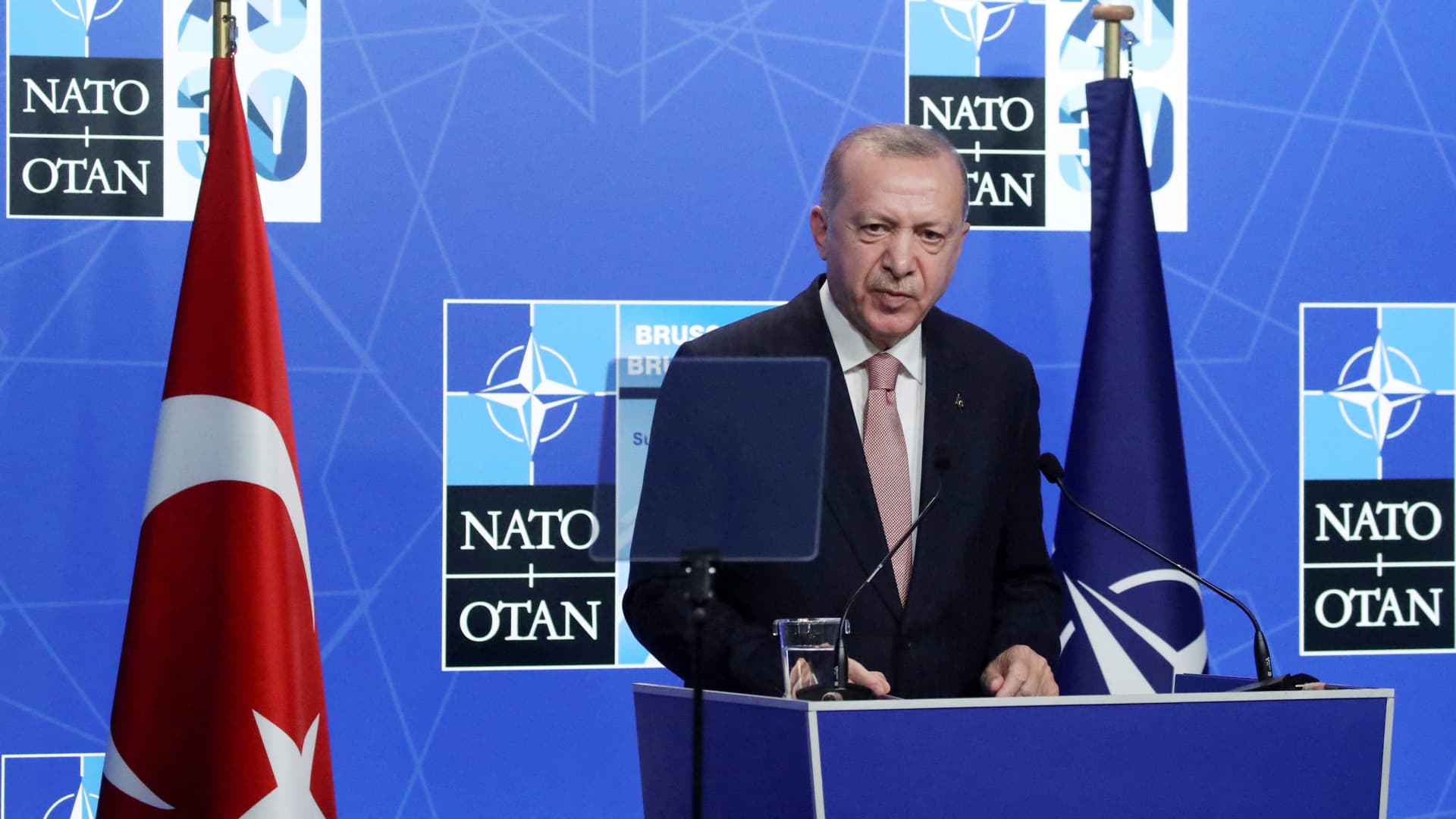 Turkish Foreign Minister Mevlut Cavusoglu said on 31 May that Sweden and Finland “should change their laws” if they want the backing of Ankara in joining NATO.

Sweden and Finland broke with decades of neutrality and applied to join NATO earlier this month, as a response to the Russia-Ukraine conflict.

All 30 NATO members must unanimously approve of any new membership to the militaristic alliance. However, Turkey opposed the membership of Nordic countries, alleging they harbor “terrorist groups.”

Turkish President Recep Tayyip Erdogan has said Sweden and Finland must halt their support for the Kurdistan Workers Party (PKK) and other groups, bar them from organizing any events on their territory, extradite those sought by Turkey on terrorism charges, support Ankara’s military and counter-terrorism operations, and lift all arms exports restrictions.

“Are our demands impossible? No. We want them to halt their support for terror,” Cavusoglu told the state-run Anadolu Agency, adding Ankara was aware that some of its demands would require laws to be changed.

“They put it this way: ‘as we are far away from terror regions, our laws are designed that way’. Well, then you need to change these laws,” Turkey’s top diplomat said. “They say terrorist organizations are allowed to organize events … So you have to change your law.”

On a letter published by The Economist on 30 May, President Erdogan said that Turkey “maintains that the admission of Sweden and Finland entails risks for its own security and the organization’s future.”

Referring to the central tenet of NATO’s mutual defense policy, he added: “We have every right to expect those countries, which will require NATO’s second-largest army to come to their defense under Article 5, to prevent the recruitment, fundraising and propaganda activities of the PKK.”

On 24 May, Sweden denied that it provides military or financial support to terrorist groups. “Sweden is a major humanitarian donor to the Syria crisis through global allocations to humanitarian actors,” Swedish Foreign Minister Ann Linde said.

Erdogan alleges that Sweden has approved a plan to provide $376 million to the People’s Protection Units (YPG) in 2023, and have previously provided them with military equipment.