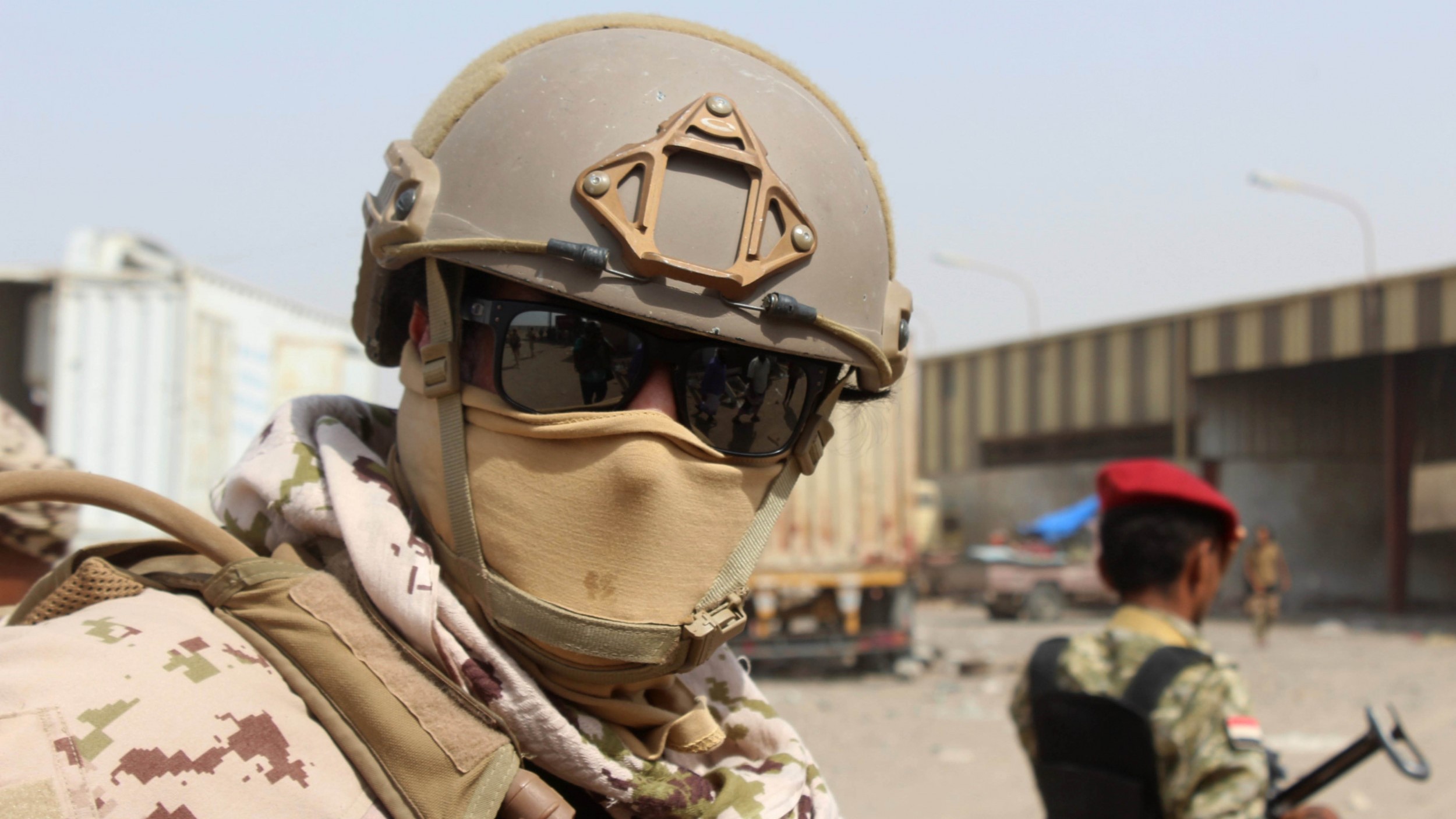 Soldiers with a military coalition in Yemen backed by Saudi Arabia and the UAE on 22 January 2019. (Photo credit: SALEH AL-OBEIDI/AFP via Getty Images/Getty)

The Saudi-led coalition is taking advantage of the conditions of a UN-brokered ceasefire to bolster and re-organize its mercenaries in Yemen, according to a statement made by the Yemeni defense minister on 31 May.

Defense Minister Mohammed al-Atifi claims that the re-organization of regional militants seeks to increase armed confrontation with the Yemeni armed forces and allied popular committees after the expiry of the truce.

“We are facing an enemy that does not believe in peace, and its criminal approach and deep hatred towards our people is crystal clear in all its actions,” the Yemeni official stated.

Al-Atifi said that the Saudi-led coalition intends to prevent any conflict resolution initiative from being established, and ultimately to prevent any prospect of peace in Yemen.

He also denounced the unelected presidential council appointed by Riyadh and claimed by the Saudi-led coalition as the legitimate ruler of Yemen, as one of the schemes to prevent peace and stability in Yemen.

Ansarallah has condemned the unelected council, saying that it represents Yemen’s occupiers and not its people.

Al-Atifi warned Saudi Arabia that its plots will not yield them any results in Yemen, and that the Yemeni armed forces and popular committees will emerge victorious in the military and political arenas.

“We are telling members of the Saudi-led coalition that their schemes will never be realized, and that future retaliatory strikes will be much more stinging than previous ones. We are fully prepared to face any possible scenario,” he announced.

The Yemeni defense minister echoed the sentiments of other Yemeni officials who do not believe in extending the ceasefire, since it has not stopped a siege that has caused one of the worst humanitarian crises on the planet.

Saudi Arabia has consistently violated the UN-brokered ceasefire agreement which started on 2 April.

The ceasefire stipulated that UN-approved fuel ships must be allowed to pass the Saudi-imposed naval blockade. Few ships have been allowed to enter Yemeni ports, despite having UN approval.

“The citizen did not feel a difference between truce and non-truce, which is not encouraging enough. We are not against extending the truce, but what is not possible is accepting any truce in which the suffering of Yemeni people continues,” Yemeni President Mahdi al-Mashat said on 22 May.