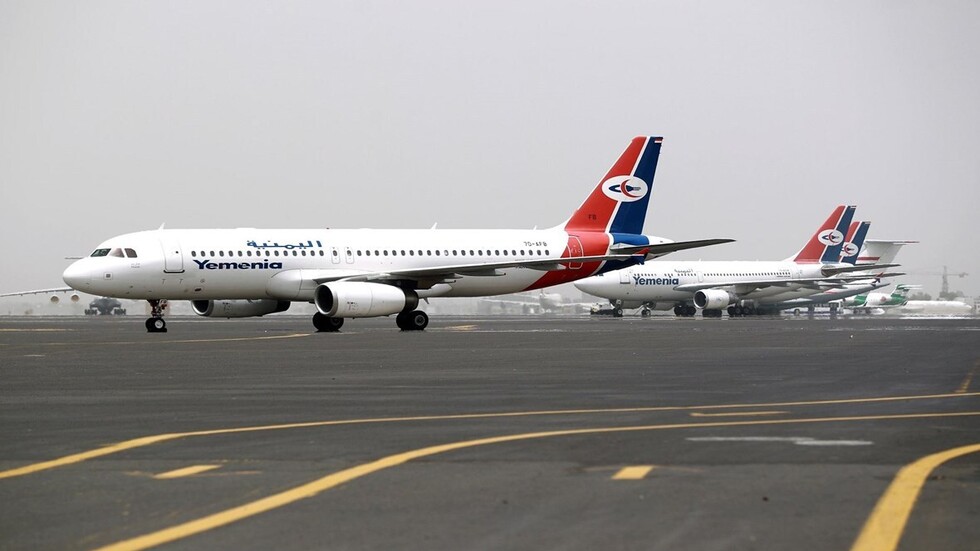 On 1 June, a Yemeni airliner holding dozens of passengers made its way from Sanaa airport to Cairo in the first commercial flight between Yemen and Egypt since 2016, as part of a truce agreement set to expire at the end of the day.

According to the media office of Yemen’s UN envoy, the plane, carrying 77 passengers, took off from Sanaa airport, which has been closed to commercial flights for almost six years.

Reports say journalists were prevented from entering the airport.

This is the seventh flight to depart from Yemen’s capital since the truce was implemented on 2 April, with the other six carrying Yemenis in need of medical treatment bound for Jordan.

The last commercial flight to leave Sanaa, the first in over six years, departed from Yemen’s capital on 16 May carrying 151 passengers bound for the Jordanian capital Amman.

According to the Ansarallah resistance group, commercial flights from Sanaa were only allowed to Jordan and Egypt.

Yemen’s Civil Aviation and its meteorological authority urged the UN earlier this month to “adhere to the provisions of the truce by operating the 16 agreed-upon flights.”

As the truce approaches its end, charity groups have urged both sides of the conflict, under the auspices of the UN, to extend the agreement.

“The opportunity must be seized to extend the truce and push for a lasting peace if we are to avert the risk of millions of Yemenis being forced into acute hunger,” the Oxfam Yemen director, Ferran Puig, said.

Linda Thomas Greenfield, the US envoy to the UN, has said that talks to extend the ceasefire “are not over yet, but they appear to be facing some difficulties.

“I encourage the parties on both sides to continue these efforts and find a peaceful way to provide humanitarian aid to the Yemeni people,” she added.

In the first nine days after the truce was implemented, Saudi-led coalition forces committed 1,647 violations of the ceasefire.