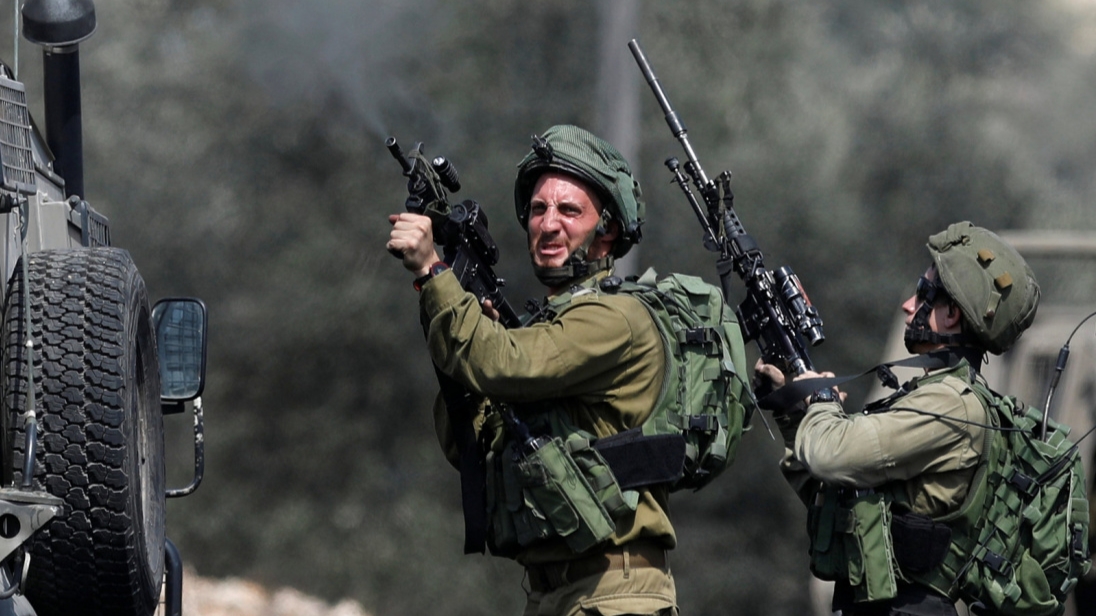 Eye-witnesses told Palestinian media that Warasneh was shot while standing at an approximately two-meter distance from an Israeli soldier.

Later in the day, Israeli soldiers also attacked the funeral procession of Warasneh, firing tear gas canisters at mourners and trying to block them from entering the refugee camp.

Israeli officials claimed Warasneh approached them with a knife before being shot. No evidence of this was provided.

“An assailant armed with a knife advanced toward an IDF soldier who was conducting routine security activity … The soldiers responded with live fire,” the occupation army said in a statement.

Ghufran Warasneh’s cousin Abdel Rahman Warasneh, however, told The New Arab that the journalist was headed for her first day at work when she was killed.

“Ghufran was going to work at around 7:40 in the morning through the entrance of the refugee camp, where Israeli forces are usually stationed.”

“A few minutes later, we heard the news that somebody was shot and I rushed with other people to the camp entrance, to find that it was Ghufran,” he said.

The Palestinian Red Crescent reported that occupation troops obstructed paramedics for about half an hour before they were able to transfer her to a hospital in Hebron.

According to the Palestinian Prisoners Club, the victim had been incarcerated by Israel in January and was released on 1 April.

Ghofran Warasnah, 31, who was shot dead by the Israeli soldiers this morning at the entrance of Al-Arroub refugee camp in the occupied West Bank, was a former prisoner behind Israeli bars.#FreePalestine #Jerusalem #ارفع_علمك #فيديو #Israelis #Zionist pic.twitter.com/wlt7RVLzn6

“Ghufran had applied for a job as a news presenter at our radio two weeks ago,” Talab Jaabari, director and program producer at Dream Radio in Hebron told The New Arab.

“She went through some qualification tests and was hired and today [Wednesday] was her first day of work … We were waiting for her to be the first to go on air as our new voice, but instead we received the news of her murder,” Jaabari added.

The Palestinian Foreign Ministry released a statement condemning the murder as a “field execution.”

Despite worldwide condemnation, Israeli media has revealed that the occupation army has no plans to carry out an investigation into Abu Aqla’s murder.

Israeli soldiers also brutally attacked the funeral procession of Abu Aqla, beating the pallbearers and nearly causing her coffin to fall to the ground.

According to Palestinian news agency WAFA, over 50 Palestinian journalists have been killed since 2000, with no one ever being held responsible.

Israel’s latest murder of a journalist comes just days after the controversial flag march, which crossed through Jerusalem’s Muslim quarter on 29 May.

At least 163 Palestinians were injured by occupation troops and extremist settlers during the ultranationalist march. Eleven of those injuries were caused by live bullets, according to the Palestinian Red Crescent Society.

Over 25,000 settlers waving Israeli flags filled the streets of Jerusalem’s Old City on 29 May while chanting “death to Arabs” and “Shireen is dead.”

The annual march set off just hours after extremist Israelis stormed the compound of Al-Aqsa Mosque – Islam’s third holiest site – and performed Talmudic rituals, which are prohibited at the compound, according to Israeli law.