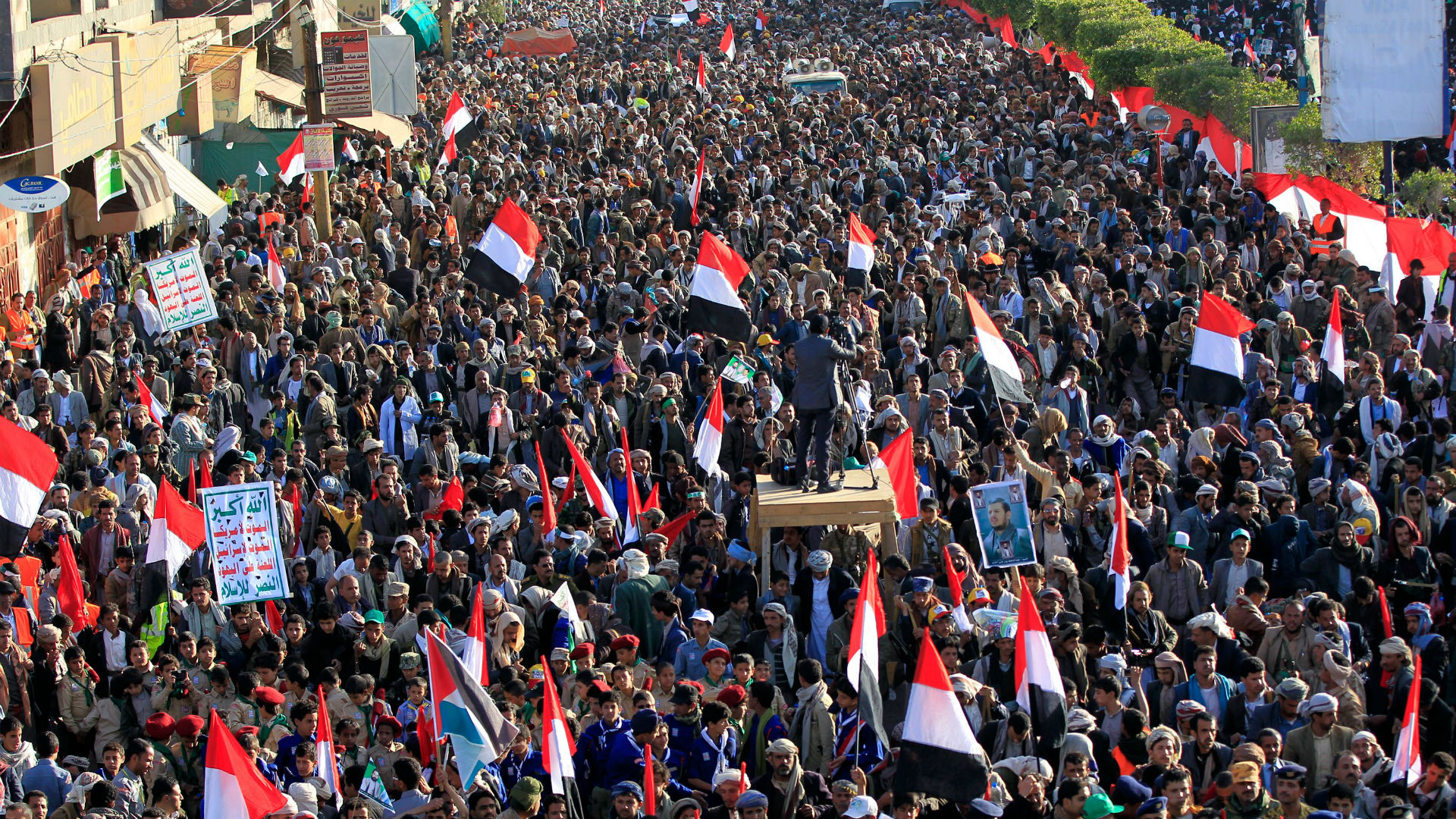 Thousands took to the streets of the northwestern city of Saada in Yemen to condemn the military aggression and brutal economic siege of the Saudi-led coalition, which for the past seven years has devastated the Arab world’s poorest country.

Protestors waved the Yemeni flag and chanted “Death to America,” “Death to House of Saud,” and “Death to Israel,” in an expression of indignation over the continued atrocities and war crimes of the Saudi-led coalition.

In a joint statement released to the media, protestors said their slogan ‘Shout against Aggression’ seeks to expose the conspiracies of enemies.

They also urged “freedom-loving people in the Saudi-occupied Yemeni territories to stand up against coalition forces and their mercenaries, and expel them from their local communities.”

The statement emphasized Yemen’s will to “remain a free and independent country,” and warned of “the danger of normalization with the Zionist enemy,” saying Yemen was ready “to side with the Axis of Resistance against the oppression of the Palestinian nation.”

Last month, Yemen’s National Salvation Government (NSG) proposed a law to criminalize all means of normalization of ties with Israel.

The massive rallies come just one day after Yemen and Saudi Arabia agreed to extend a two-month ceasefire.

UN envoy to Yemen, Hans Grundberg, revealed on 2 June that Yemen and  the Saudi-led coalition agreed to the United Nations proposal to renew the truce in Yemen for another two months.

However, in early May, a Yemeni military official told Saba News Agency that, within the first month of the truce, the Saudi-led coalition had committed 5,365 violations of the agreement.

Saudi Arabia and its regional allies have been waging a brutal war on Yemen since 2015, leaving hundreds of thousands dead, millions displaced, and destroying the country’s infrastructure in what the UN describes as “one of the worst humanitarian crises of our time.”