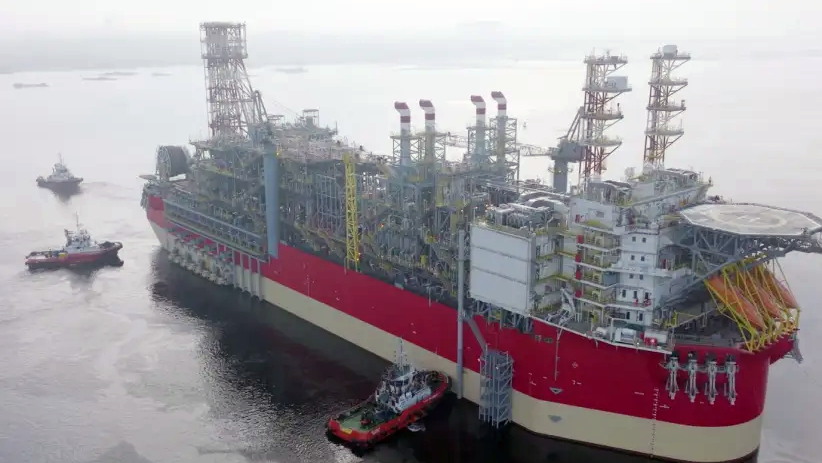 Several Lebanese officials have condemned the docking of a European gas extraction vessel in Lebanon’s territorial waters on 5 June.

The gas extraction vessel, Energean Power, seeks to construct an extraction rig in the Karish gas field on behalf of an Israeli firm.

The Karish gas field is in Lebanese territorial waters, but Israel has applied a different maritime border line, recently the focus of contentious indirect negotiations between Lebanon and Israel.

The Karish gas field falls under line 29, the southernmost line which Lebanon claims as its maritime border. The UN, however, claims that line 23, which falls slightly north, is the maritime border, placing Karish fully into the hands of Israeli territory.

This still gives Lebanon access to another field located in Block 9 of its territorial waters.

Israel claims a line even further north, line 1, which deprives Lebanon of energy resources in both the Karish gas field and in Block 9.

Europe’s gas extraction ship, the Energean Power vessel, was built specifically for creating an extraction rig in the Karish gas field. Its entry into disputed waters has been labeled a dangerous violation of ongoing negotiations over the maritime border dispute.

“Negotiations to demarcate the southern maritime borders are still ongoing, and any action or activity in the disputed area constitutes a provocation and a hostile act,” announced Lebanese President Michel Aoun.

Aoun further requested the Lebanese army command to provide him with data on the activities of the ship.

Interim Prime Minister Najib Mikati also condemned the move, stating that “the Israeli enemy’s attempts to create a new crisis, by encroaching on Lebanon’s water wealth, and imposing a fait accompli in a disputed area in which Lebanon adheres to its rights, is extremely dangerous, and would cause unimaginable tensions.”

The Lebanese defense minister said that Israel’s activity in the disputed region is a blatant provocation directed at Lebanon.

Brigadier General Elias Farhat told Al Mayadeen that the Lebanese resistance, Hezbollah, will inevitably respond at the point when the state is not able to fulfill its duties to protect Lebanon’s sovereignty and territory.

Brigadier General Elias Farhat to #AlMayadeen: The intervention of the Resistance in #Lebanon is inevitable when the #Lebanese authorities exhaust all their options.#Karish https://t.co/7NU0WPGLSb

Farhat further stated that the responsibility lies with US mediators, who are well aware that drilling before a border dispute is settled is an act of aggression against Lebanon.

The head of Hezbollah’s Executive Council, Sayyed Hashem Safieddine, stated: “We have always said that what is required of the state is to announce the border lines and then the Lebanese can gather with their army and resistance to preserve their rights.”

Israeli naval ships, equipped with Iron Dome interceptors, and submarines are protecting the Energean Power ship in case of retaliation by the Lebanese resistance, according to Israeli N12 News.

Israeli media has said that the Karish gas field falls within the UN border, but did not explain why the ship would need military protection if it is theirs to claim as a legitimate right.

Hezbollah Member of Parliament (MP) Mohammad Raad called on the Lebanese state to contract an oil drilling company, and that the resistance will guarantee its protection when drilling begins.

Indirect maritime border negotiations have been on hold for months, after US envoy Amos Hochstein offered the US ambassador in Beirut, Dorothy Shea, the role of mediator in the negotiations.

Neither Hochstein nor current US Ambassador Dorothy Shea are considered impartial negotiators.

Hochstein was born in Israel and has ties to the energy industry, which seeks to profit from the resources in the Mediterranean.

Given the US favoritism towards the Israeli government, the US ambassador lacks impartiality as well. Dorothy Shea has a history of interfering in Lebanon’s sovereign decision-making processes.

Ambassador Shea is considered by many to have overstepped the sovereignty of Lebanon.

Shea has pushed the Lebanese government to condemn the Russian special military operation of Ukraine, has prevented Central Bank Governor Riad Salameh from being arrested, and has attempted to frame Hezbollah with 20 tons of dangerous ammonium nitrate.

The Lebanese state, under pressure from the US, has not been consistent with its position on its maritime border. At times, Lebanon has stood firm on its historical maritime rights and at other times it has conceded, only to then retract concessions.

During a speech given on 20 May, Hezbollah Secretary General Sayyed Hassan Nasrallah urged the Lebanese state to take initiative and begin extracting the energy resources within its territorial waters.

“Extracting oil is the main opportunity for getting ourselves out of the crisis we are in, not begging and asking the International Monetary Fund (IMF) for loans,” the Hezbollah leader said.

To date, the Lebanese state has ignored offers from eastern nations, such as Russia, China, and Iran, for assistance in the field of energy.