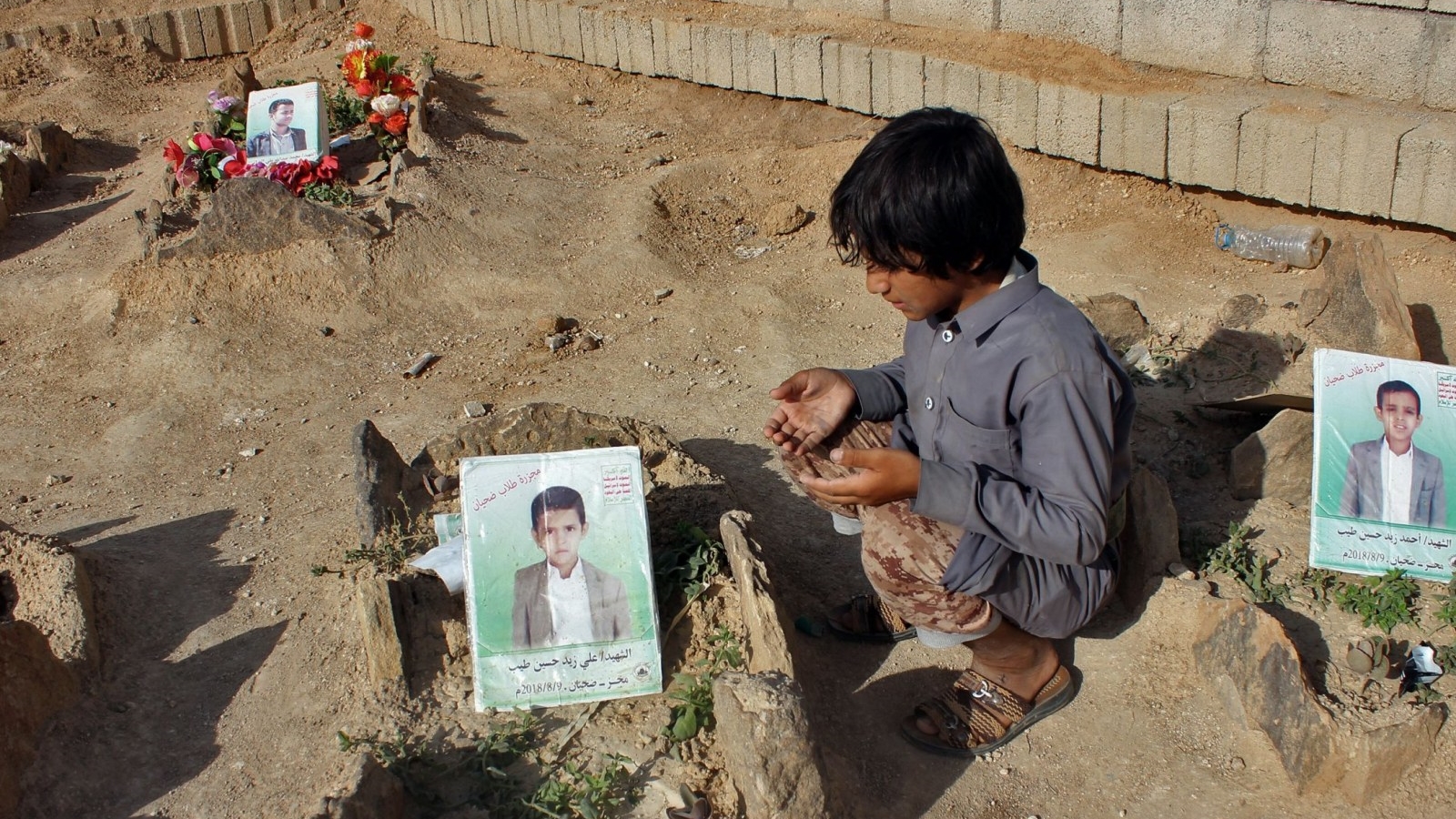 A Yemeni child prays by the graves of students who were killed by a Saudi-led coalition airstrike. 4 September, 2018.
(Photo credit: STRINGER/AFP/GETTY IMAGES)

According to a new report by the Yemen Coalition for Monitoring Human Rights Violations, also known as the Rasad Coalition, 3,182 children have been killed during the seven years of war on Yemen.

Another nine children were killed under torture.

The report further shows that more than 2,800 children have been injured by the Saudi-led military aggression on the Arab world’s poorest country. Most of these children also lack any access to medical facilities for treatment.

According to Oxfam, the Saudi-led coalition bombed more than 200 medical facilities between March 2015 and August 2020.

Last October, UNICEF revealed that at least 10,000 Yemeni children had been “killed or maimed” since the start of Riyadh’s war in 2015.

A total of 11 million children are also in dire need of humanitarian assistance, with 400,000 suffering from severe acute malnutrition.

Yemen descended into chaos in March 2015, when Saudi Arabia and its regional allies – with the backing of the US and other NATO states – launched a brutal war that sought to oust the popular Ansarallah resistance movement from power.

Since then, over four million Yemenis have been internally displaced, while 23 million remain dependent on humanitarian aid to survive.

In recent years, rights groups have accused Saudi Arabia of lobbying to block UN investigators who have documented war crimes in Yemen from extending their mandate.

“Saudi Arabia … is engaging in a tireless lobbying campaign to deter states at the Human Rights Council from renewing the mandate [of UN investigators],” Afrah Nasser, a researcher at the US-based Human Rights Watch (HRW), said in a statement last year.

Earlier this month, non-governmental organizations and rights groups filed a lawsuit in a Paris court against three French arms-producing companies, alleging they were complicit in war crimes committed in Yemen for the sale of weapons to Saudi Arabia and the UAE.