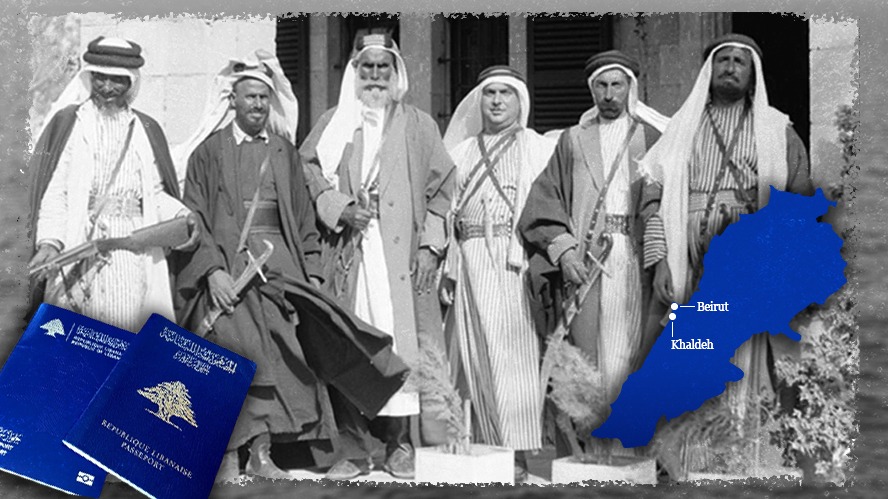 The story of the Arab Tribes is unknown in Lebanon. Who are these people, where did they come from, how did they become naturalized, and what do they want?

Tens of thousands of Arab tribe members were given Lebanese nationality in 1994, courtesy of Prime Minister Rafiq Hariri’s electoral ambitions. The Arabs – as they like to be called – now number more than half a million of Lebanon’s five million citizens. The high birthrate of the tribes has altered the demographic sectarian balance in the Bekaa villages, so much so that they have become the deciding factor in any election. But who are these people, where do they come from, and what is their political significance in deciding the future of Lebanon?

On 31 July, the Arab tribes were launched into the national spotlight by killing Hezbollah member Ali Shibli at a wedding reception, and then shooting dead three others at his Khalde funeral in a targeted manner that almost sparked a Sunni–Shia fight. This took place amidst Lebanese leaks of a hidden Saudi-American plan to incite Sunni–Shia clashes in order to pressure Hezbollah.

A year prior, some Arabs from Khalde had stormed Shibli’s place of business to protest the arrest by Lebanese authorities of extremist cleric Omar Ghosn, a tribe member who had ordered the removal of Ashura banners from Shibli’s house and engaged in frequent sectarian harassment.

In the melee, a 15-year-old boy, Hasan Ghosn was killed. Hasan was the brother of Ahmad Ghosn, who murdered Shibli a year later at that fateful wedding, and was subsequently arrested by the Lebanese army for his crime.

But the tribal “revenge” wreaked at Shibli’s funeral the next day resulted in the murder of three innocent people. Security intelligence showed that the victims had sustained head and neck injuries, indicating the work of professional snipers. Fears then emerged about outside actors attempting to awaken the dormant Sunni–Shia sedition. Hezbollah gave the Lebanese Army an ultimatum with a list of 11 individuals to be apprehended for their involvement in the bloody attack on the funeral procession in Khalde.

On 4 November 2017, during a sudden trip to Riyadh, Lebanese Prime Minister Saad Hariri was forced by his Saudi hosts to resign via a televised statement recorded in the Saudi capital. The Saudis believed that Lebanese Sunnis would support this move, given Riyadh’s religious, historical, and financial clout within this community in Lebanon. They miscalculated badly. The Sunnis stood by their leader Saad Hariri, publicly and privately denouncing the humiliating treatment he received in Riyadh.

Saudi Ambassador to Beirut, Walid Bukhari, began to make a series of phone calls to reap what he had been sowing over the past months with his shuttle visits to the Bekaa and the north, where he had been meeting with the Arab tribes. Discouraged by the reaction of the Sunni street to the Hariri debacle, Bukhari called upon the tribes to head to the Saudi Embassy again, this time for the purpose of “supporting Saudi Arabia’s stances.”

The power of the tribes lies both in their sheer numbers and their tribal and religious cohesion, which makes them a political force to be reckoned with. Yet, until recently, the Saudis had been slow to recognize the Sunni representative power of the tribes, at least in terms of their numbers. Riyad al-Daher, known as Abu Zaydan, a key Lebanese tribe member with close ties to Hariri’s Future Movement, put it best when he said: “We have spent 30 years trying to reach Saudi Arabia, which is a spiritual and an ancestral heartland for us, to tell its officials that in Lebanon there are tribes that resemble you in attire, custom, and even dialect. However, our name was mentioned only seven or eight months ago by the Saudi Ambassador.”

In fact, the Lebanese are also ignorant about these tribes at home. A few years ago, a man in traditional brown Arabian garb with a red headdress and a black agal arrived at the first Parliamentary session convened after the elections. Initially, the parliamentary guards assumed he was an ambassador of some Persian Gulf emirate and asked him to head to where the official foreign envoys were seated. His answer surprised them. “I am the deputy of the Arab tribes in Parliament, not an ambassador.” This man was Deputy Muhammad Suleiman (Abu Abdallah), who was elected to Parliament by the Arab tribes in Lebanese elections.

From nomadic wandering and shepherding, the traditional vocation of the tribes, to the seats of Parliament – this trajectory reveals much about the story of the Arab tribes who are now are present in all of Lebanon’s provinces. The story begins with the way they were granted citizenship for purely electoral purposes, despite their natural right to citizenship. Later, they turned against the side that naturalized them and demanded access to power in Lebanon. All this transpired amidst a massive increase in their population and their subsequent control over most municipal and mukhtar councils in their villages. This Lebanese demographic, only integrated into the Lebanese political fabric in the 1990s, will now be able to win a significant number of seats in Parliament due to its high birthrate.

Most Lebanese associate the “Arab tribes” with the Arab states of the Persian Gulf. However, they are unaware that these tribes have a broad presence with historical roots in the land of the Cedars, dating back to Islamic conquests and Ottoman rule hundreds of years ago. The tribes came from various Arab countries to Lebanon, established their own miniature villages with tents and felt-lined houses, which became a marker of their social identity. Although the tribes have settled in Lebanon, they retain their particular traditions and customs – one of these is a comprehensive judicial system, which consists of reconciliation committees mediated by the tribe’s leader who assumes the status of judge.

Another is the Bedouin dialect that unites the tribes across the north, south, Bekaa, the mountain, the coast, and the capital. They cling to this to preserve their common identity in a multicultural Lebanon – even those members who were born and raised locally. But Rafiq Hariri’s naturalization decree did not include everyone in tribal society. According to Arab notables, there are two reasons for this: lack of awareness, and a general Lebanese negligence that led many to assume that promises of naturalization would not be honored. This left a large number of Bedouins without citizenship.

Naturalizing the tribe members drew the ire of many critics, who accused Rafiq Hariri of taking advantage of the tribes to bolster the Sunni vote. Other critics went even further by accusing the late Hariri of striving to widen the demographic gap between Muslims and Christians. Although naturalization gave a number of their children the motivation to assimilate into Lebanese society through the education system, the number of educated people in Bedouin communities does not exceed five percent. In some areas, tribal communities have been, and continue to be, deprived of the simplest components of life – lacking critical infrastructure, access to public or private schooling, and an absence of medical clinics and healthcare.

The lack of these basic life necessities had clearly hindered the tribes, in the early stages, from prioritizing education, especially since the Arabs were a community of day laborers living hand-to-mouth. Nevertheless, receiving Lebanese citizenship allowed many of their youths to reach the echelons of higher education and the political arena.

The Arab tribes have established their presence across Lebanon by nominating their own to countless municipal and mukhtar councils. They also demanded the creation of municipalities for their areas that met the necessary criteria. This was how the municipality of Shehabiyyet al-Faour was created, for instance. According to several tribal notables, “tribe members are still seeking to improve their positions in many public administrations today,” declaring that there are “many intellectually and politically competent Arabs who are able to assume any post.” These notables cite past experience, stating that “those who assumed responsibilities have succeeded in handling them, and we are still waiting for opportunities to achieve more.”

This is at the social level. At the political level, however, the notables speak of a conspiracy against them to prevent them from uniting. They believe that Lebanese political parties are anxious that influential Arabs may seek to concentrate tribal efforts and votes into a bloc that could swing elections in favor or against any political party. The parties have seen for themselves, after all, the influence of Arabs on Lebanese elections; they have a voter turnout of up to 95 percent.

Sheikh Jasem Askar, the leader of the Arab Tribes Federation in Lebanon, says that despite the presence of the tribes prior to the creation of Greater Lebanon, they had been marginalized for more than half a century due to the sectarian balances in the country. He also says that some political powers have attempted to obscure Arab tribes in the media to hide their electoral weight and potential. Askar, who takes pride in belonging to the Al-Anzi tribe, the same tribe as Saudi Crown Prince Mohammad bin Salman, says: “Ten years after the Arab Tribes Federation in Lebanon began efforts to unify the tribes, some political forces started creating new components under different names to cause rifts under the famous rule of divide and conquer. The purpose is to reinforce the marginalization of more than half a million people.”

The tribal federation leader adds that “although most tribes have faith in the state, its institutions, coexistence, and moderation, we are excluded from the sectarian quotas, while our own are deprived of jobs in public administrations.” Askar believes that this marginalization is a futile thing of the past because of the growing number of tribe members and the general shift in electoral sentiment after Lebanon’s 17 October 2019 protest movement was born.