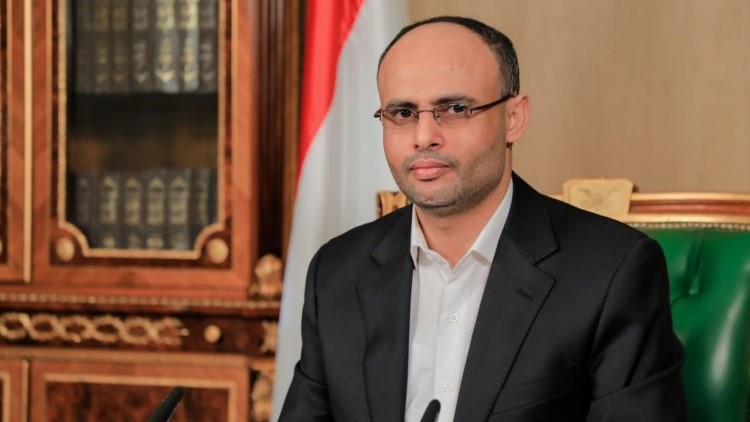 Yemeni President Mahdi al-Mashat condemned the repeated violations of the UN-brokered truce by the US-backed, Saudi-led coalition, as reported by the Yemeni news outlet Al-Masirah on 12 June.

During a meeting with the Yemeni Minister of Transport Abdulwahab al-Durra, the Yemeni president decried the obstacles the transport sector is facing due to the blockade by the coalition, which constitute a violation of the UN-brokered truce.

Al-Mashat noted that the repeated cancellation of flights fly in the face of the terms of the truce which stipulate that the Sanaa International Airport should be re-opened without any restrictions.

The first commercial flight from the airport was not allowed to depart until one and a half months into the truce.

Al-Shayef complained that the coalition forces the flights to be announced in very short notice, not giving passengers enough time to plan and book their trips. Additionally, the coalition requires all passenger names to be uploaded 48 hours before the flight, which he stressed is not enough time.

Both President Al-Mashat and Minister Al-Durra agreed that the main roads for transportation between major areas in the country is necessary to alleviate suffering of the people. The two noted that the mercenaries of the coalition make transportation dangerous and cause the price of shipping goods to increase due to the risks.

The Yemeni officials additionally condemned the looting of goods by the coalition and its mercenaries.

Despite the hesitancy of the Yemeni government and Ansarallah to renew the truce due to repeated US-Saudi coalition violations, the two sides agreed to extend the truce by another two months.

Yemen set the condition for the ceasefire to become permanent only if Saudi Arabia and its coalition put an end to the bombardment of Yemen, and lift the economic blockade on the country.

They also demanded the departure of all foreign forces from Yemen and the end of all funding for mercenary groups.

“The citizen did not feel a difference between truce and non-truce, which is not encouraging enough. We are not against extending the truce, but what is not possible is accepting any truce in which the suffering of Yemeni people continues,” Al-Mashat said on 22 May.

The illegal air and sea blockade imposed by Riyadh has severely restricted the entry of humanitarian aid and essential goods, such as fuel and food, into the country, and has caused what the UN calls “one of the worst humanitarian crises of our time.”