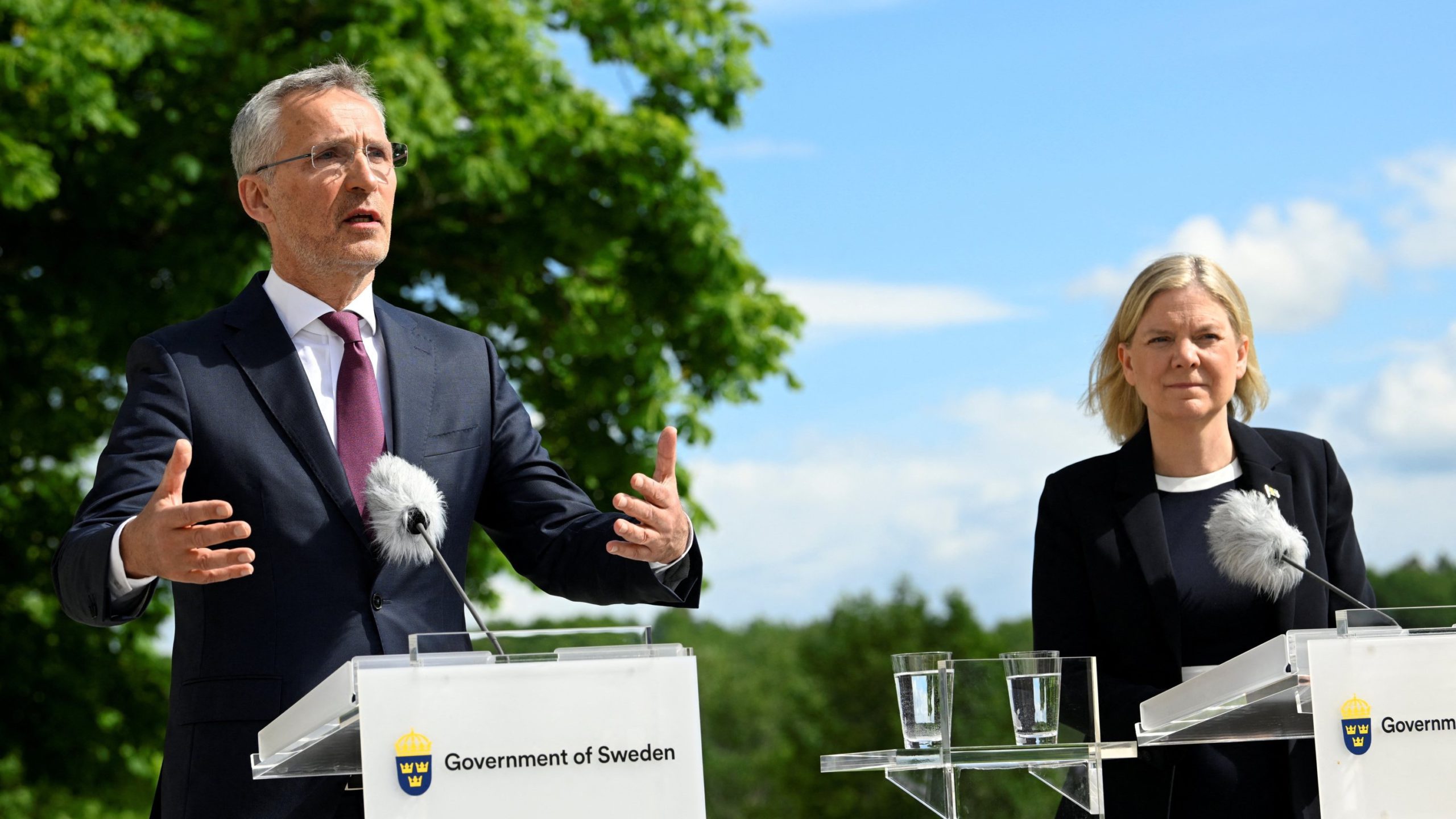 Those concerns prevent Ankara from approving the membership of Sweden and Finland of NATO.

Stoltenberg went on to say that Sweden “will ensure that the legal framework for arms export reflects [its] future status as a NATO member with new commitments to allies. These are two important steps to address the concerns that Turkey has raised.”

The NATO chief also stated that the goal of these actions is to secure the NATO memberships of Sweden and Finland as soon as possible.

Turkey has pledged to vote against the addition of Sweden and Finland to NATO over their support for militant groups that Ankara deems as terrorist organizations, as well as for their arms embargo on Turkey.

Turkish President Recep Tayyip Erdogan has said Sweden and Finland must end their support for the Kurdistan Workers Party (PKK) and other groups, bar them from organizing events on their territory, extradite those sought by Turkey on terrorism charges, support Ankara’s military and counter-terrorism operations, and lift restrictions on all arms exports.

During a speech in Finland on 12 June, Stoltenberg declared that the concerns of Turkey were legitimate.

At the joint press conference with Stoltenberg, the Swedish prime minister said they were taking Turkey’s demands “very seriously, not least the security concerns, when it comes to the fight against terrorism.”

Prime Minister Andersson said the goal of Stockholm is to resolve these matters.

Sweden and Finland have both applied arms embargoes on Turkey.

However, Swedish Foreign Minister Anne Linde said on 12 June that Sweden may lift the arms embargo on Turkey and approve weapon sales on condition Ankara abandon its objection to the Scandinavian country joining NATO.

Delegations from Sweden and Finland arrived in Turkey on 25 May in an effort to persuade Ankara to end its opposition to the two countries joining the military alliance. A Reuters report, however, revealed the talks made little progress.

On 24 May, Sweden denied that it provides military or financial support to terrorist groups. “Sweden is a major humanitarian donor to the Syria crisis through global allocations to humanitarian actors,” Foreign Minister Linde said.

Erdogan alleges that Sweden has approved a plan to provide $376 million to the People’s Protection Units (YPG) for the year 2023, and that Sweden has previously provided the YPG with military equipment.