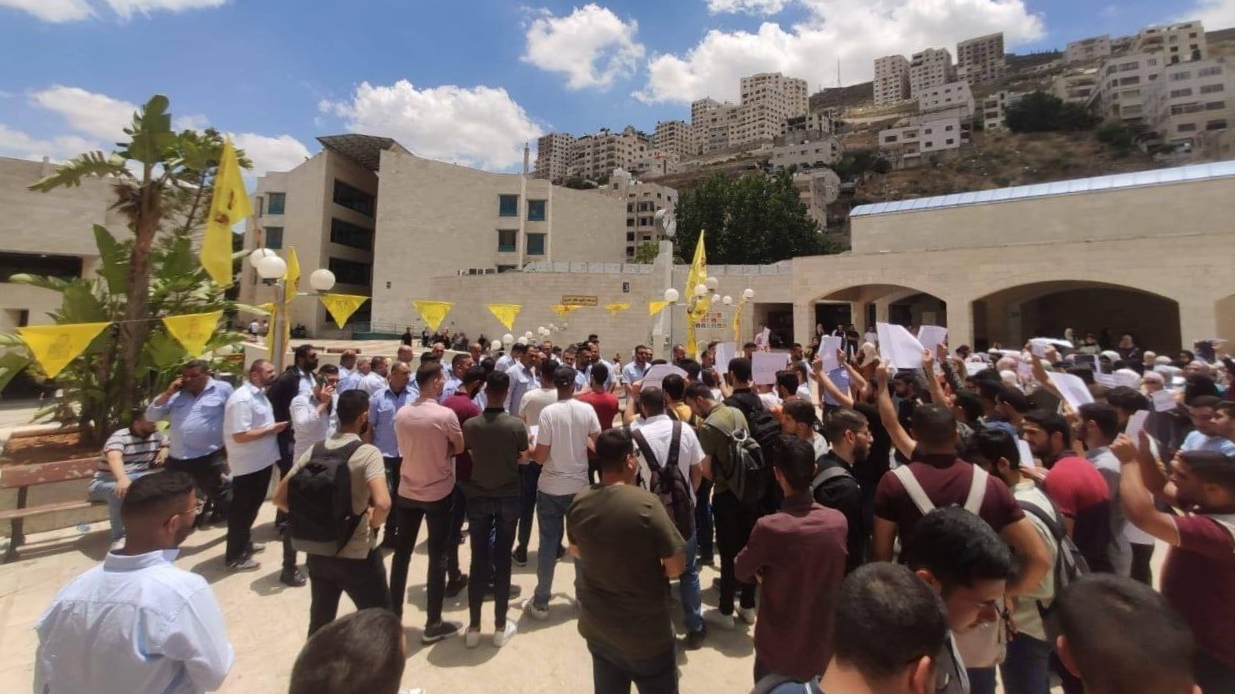 Local sources say plain-clothed security officers chased students outside the university, and gunshots could be heard.

The student protest was staged in response to the university decision to expel a group of students last week, according to sources who spoke with Middle East Eye (MEE).

University authorities expelled at least 10 students in connection to these clashes.

Hamas called the repression of student protests a “barbaric and criminal attack by the security thuggery for which the university administration bears responsibility”.

An-Najah University has witnessed an escalation of crackdowns on pro-Hamas students by forces affiliated with the Palestinian Authority (PA) since 2007, when the relationship between Hamas and Fatah effectively broke down.

Discontent towards the PA has been mounting across the West Bank over the past year, following the murder of Nizar Banat.

An outspoken critic of the PA, Banat was killed while asleep in his bed last June. PA security forces stormed his home and beat him with a crowbar before dragging him away.

In March, a West Bank court postponed the trial of 14 PA members accused of the murder.

The PA has also been losing support as a result of its close security cooperation with Israeli occupation troops.

Last year, an Israeli official revealed that PA forces carried out raids in the West Bank city of Jenin at the direct request of Tel Aviv.

“[Tel Aviv] stimulated the security forces through continuous security coordination, and ultimately, they entered Jenin and acted against terrorist organizations there, confiscating weapons and arresting many activists,” the Chief of Staff of the Israeli army, Aviv Kochavi, said on 31 December.

PA President Mahmoud Abbas is set to meet with President Joe Biden next month, as part of the US presidential tour of West Asia.