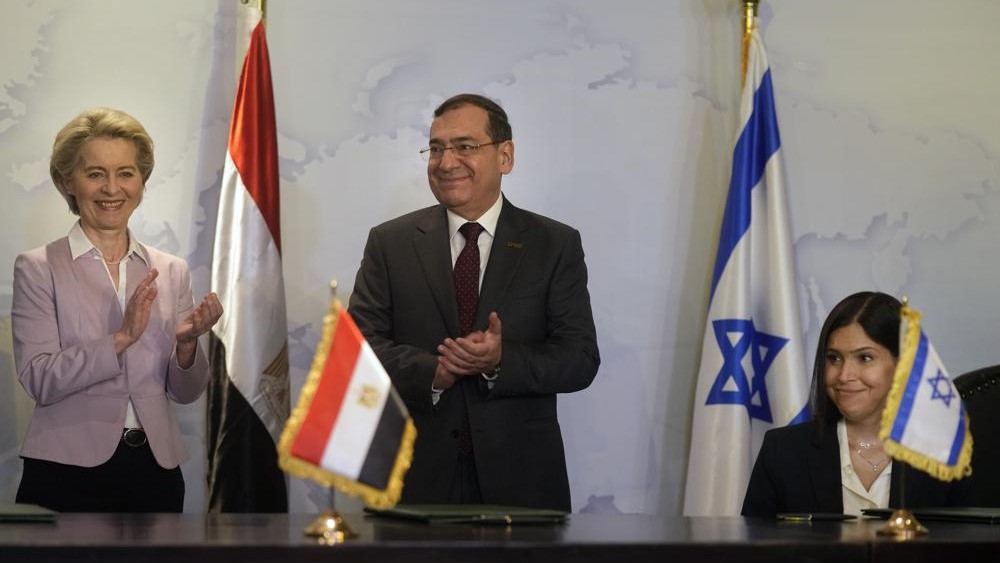 With widespread shortages and price hikes for natural gas in the EU following unprecedented sanctions on Russia, a deal has been signed between Israel, Egypt, and the EU in Cairo in an aim to increase energy exports to Europe.

Under the deal signed on 15 June, Israel will send natural gas to Egypt, which has facilities for liquid natural gas (LNG) refinement. Following the refinement, the LNG will be sent to Europe by sea freight.

Israel has many offshore natural gas fields which it can use to supply Europe with gas after its refinement in Egypt.

Karish is in Lebanese territorial waters, falling under line 29, the southernmost line which Lebanon seeks to claim as its maritime border.

The UN, however, claims that line 23, which falls slightly north, is the maritime border, placing Karish fully within Israeli territory.

Israel claims a line even further north, line 1, which deprives Lebanon of nearly all of its energy resources.

The US mediator for the maritime dispute, Amos Hochstein, told Lebanese citizens that they should consider accepting “creative” compromises to resolve the dispute over the Karish gas field.

In an interview with Al-Hurra TV on 14 June, Hochstein mocked Lebanese officials who insist on defending Lebanese sovereignty over its territorial waters.

“What is a creative idea that we can all compromise around? That both sides will feel ‘I may not have everything I want, but I have a lot more than what I have right now’, which, in the case of Lebanon, is nothing,” Hochstein said.