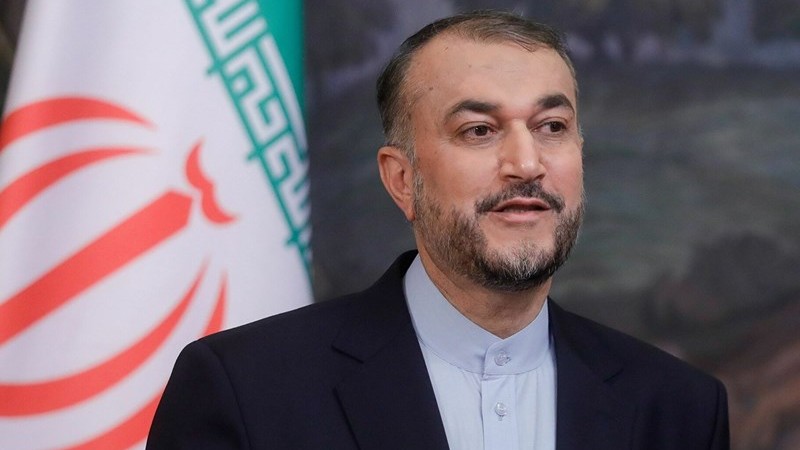 Iran’s Foreign Minister Hossein Amir Abdollahian has said that the recent anti-Iran resolution drafted at the International Atomic Energy Agency (IAEA) by the US and a number of European countries was designed to put pressure on Iran in the Vienna sanctions-removal negotiations.

Amir-Abdollahian made the comments on 16 June during a phone conversation with his Iraqi counterpart, Fuad Hussein.

“The White House suddenly came up with the idea to adopt a resolution at the International Atomic Energy Agency … The goal that the United States sought by proposing the resolution was to gain political concessions [from Iran] at the negotiating table [in Vienna],” Abdollahian told the Iraqi foreign minister.

Abdollahian said that just days before the IAEA meeting where the resolution was proposed, Iran had put forward a new political initiative to promote diplomacy and the continuation of the Vienna negotiations.

“However, faced with the non-constructive behavior of the United States at the IAEA, the reciprocal measure that we took to boost Iran’s peaceful nuclear activity fell within the framework of the law passed by the [Iranian] parliament,” Abdollahian went on to say.

Abdollahian was referring to Iran’s disconnection of agency cameras across several of its nuclear facilities on 8 June.

The disconnected cameras were installed in Iran’s nuclear sites as a measure beyond the safeguards agreement reached with the IAEA.

“Iran has so far had extensive cooperation with the IAEA, but unfortunately, the IAEA, without consideration that this cooperation is due to the goodwill of Iran, not only did not appreciate it but also considered it Iran’s duty,” the Atomic Energy Organization of Iran (AEOI) said in a statement on 8 June.

On 10 June, the head of the AEOI, Mohammad Eslami, said the IAEA had been hijacked and is being exploited by Israel.

“It is regrettable that an international institution has been exploited by an illegitimate regime and its reputation has been questioned,” Eslami said.

Skepticism towards the neutrality of the IAEA also increased after the assassination of Iranian nuclear scientist Mohsen Fakhrizadeh.

“We consider diplomacy as the best path toward achievement of a good, strong and durable agreement. However, in the face of bullying behavior [from the US], our reaction is powerful,” Abdollahian stated.