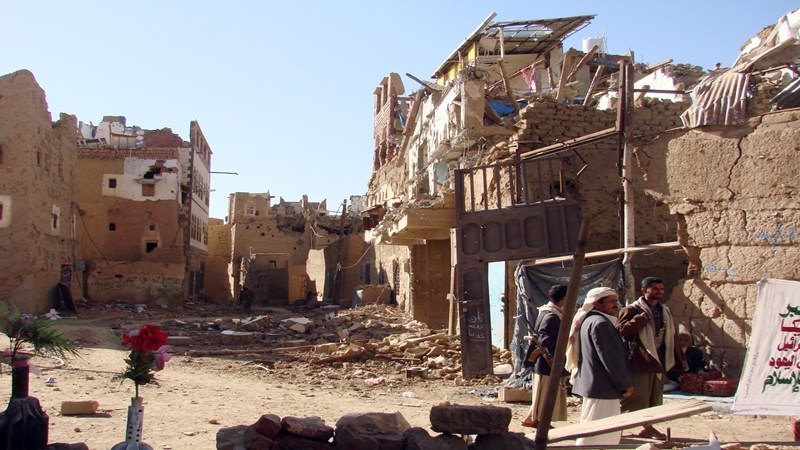 According to Yemeni media reports, Saudi-led coalition artillery shelling left one baby dead and two women injured on 17 June in the Al-Raqqo area of the Al-Munabbih border district, west of Saada governorate in northern Yemen.

“A 10-month-old child was martyred and two women were wounded in artillery shelling in western Saada governorate, north of Yemen,” Al-Masirah reported.

Meanwhile, a Yemeni military source reported on the same day that the Saudi-led coalition committed 103 violations of the recently renewed truce agreement over the past 24 hours.

The coalition violated the agreement 44 times by flying spy planes in the airspace of Marib, Taiz, Hajjah, Al-Jawf, Saada, Al-Dhalea, and Al-Bayda, the source said, citing 38 other violations from coalition gunfire and another 16 violations from artillery shelling in the same areas.

Coalition-backed mercenary groups also advanced towards the positions of the Yemeni army and popular committees in the Al-Dhabab front of Taiz governorate, the source added.

On 14 June, the Yemeni Petroleum Company (YPC) announced that yet another fuel ship bound for the port of Hodeidah had been illegally seized by the Saudi-led coalition in clear violation of the UN sponsored truce.

According to YPC spokesman Issam al-Mutawakel, the Princess Halima fuel ship was loaded with 23,920 tons of gasoline and had received the necessary UN clearance before it was seized by the coalition navy.

On 5 May, a military official told Yemen’s Saba News Agency that Saudi-led coalition forces committed 5,365 violations of the truce agreement within a month of its entry into force.

With the support of its regional allies and most NATO member-states, as well as Israel, Saudi Arabia has been waging a brutal war on Yemen since 2015.

Alongside the destruction of Yemen’s infrastructure and the killing hundreds of thousands of people, the Saudi-led violence has included a severe air and naval blockade that has pushed Yemen to the brink of famine.