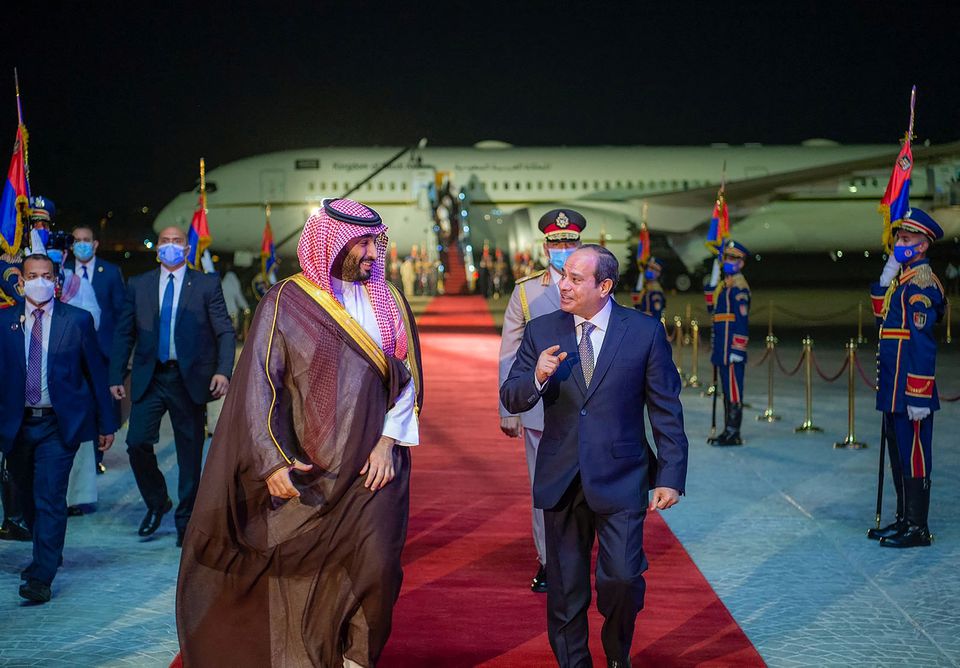 Saudi Arabia and Egypt signed 14 agreements, all together valued at $7.7 billion, during a visit to Cairo on 21 June by Saudi Crown Prince Mohammed bin Salman.

Riyadh provided billions of dollars in financial support to Cairo, this new round of investments occurring during an economic recession for Egypt, a result of knock-on effects of the Russia-Ukraine war.

Even before the war in Ukraine led to a hike in commodity prices, there were concerns over Egypt’s budget deficits and accounts, bankers say.

According to authority reports, the deals signed included an agreement between the Egyptian Electricity Holding Company and Saudi Arabia’s ACWA Power operator to transmit and produce 1,100 MW of wind power in Egypt.

The two nations also signed energy, petroleum, and food agreements. Other agreements involved the development of the terminal at Egypt’s Damietta port, and the establishment of a $150 million ‘pharmaceutical city’, which will be constructed by Egypt’s Pharco Pharmaceuticals located in Saudi Arabia.

In March, Riyadh deposited $5 billion into Egypt’s central bank, and the Egyptian government claims that cooperation with Saudi Arabia’s wealth fund will increase by $10 billion.

In May, the US reportedly brokered talks between Saudi Arabia, Egypt, and Israel over the transfer of two islands located in the Red Sea, according to a report from Israel’s Walla News on 23 May.

The islands also share a waterway, which is connected to Israel’s southernmost maritime borders, which requires Israeli involvement in the negotiations.