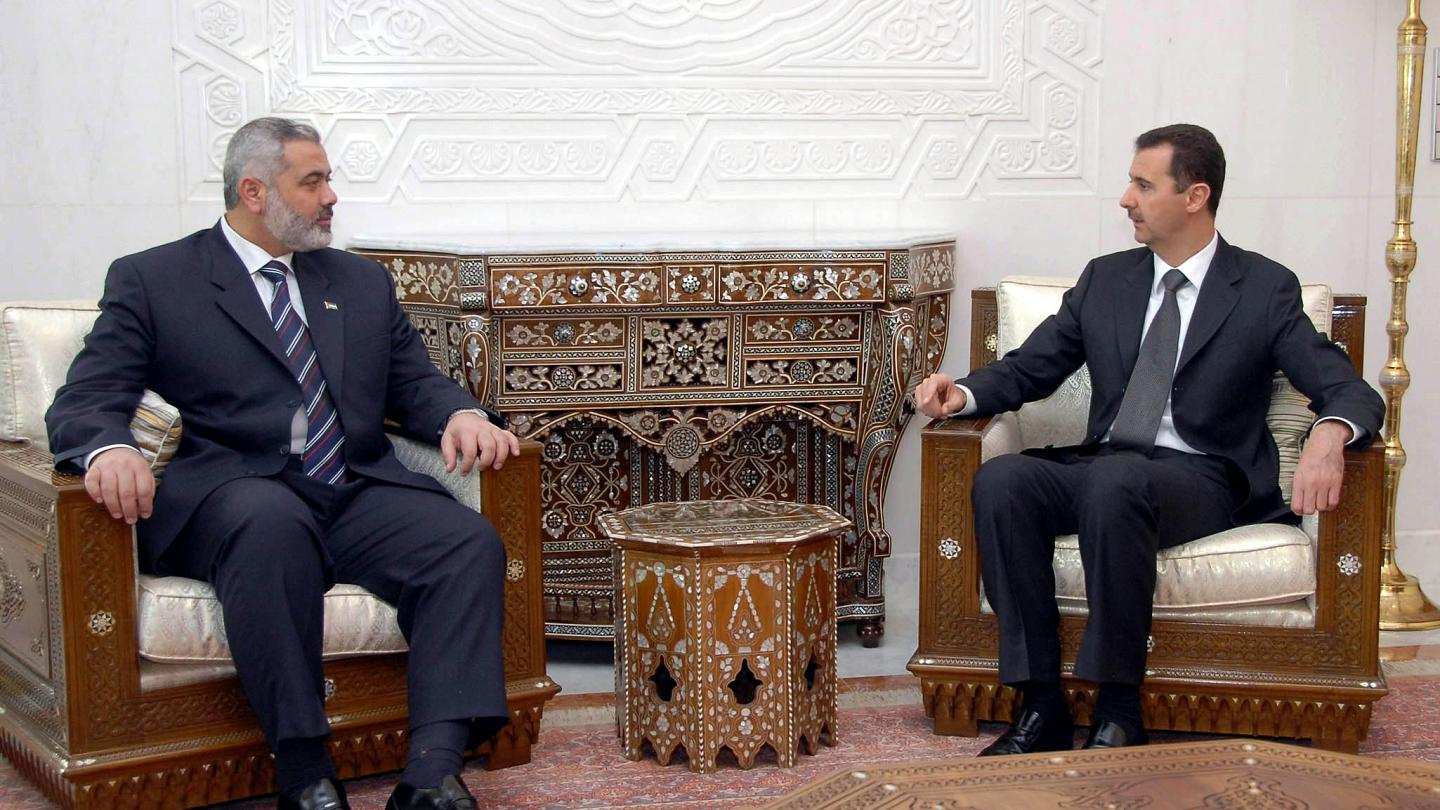 A decade after the unanimous decision by the leadership of Palestinian resistance movement Hamas to leave its base in Syria, a restoration of  ties with Syrian President Bashar al-Assad now inches closer to reality.

According to a report by Reuters, Hamas is expected to resume ties with Damascus soon, setting aside the long breakup with Syria.

Back in 2011, the Arab world was facing unprecedented turmoil that shocked its foundation and dethroned many of its rulers, leaving no Arab state safe from political upheaval.

At the start of the war on Syria, Hamas leaders Ismail Haniyeh and Khaled Meshaal were forced to end the presence of Hamas in Syria in order to preserve its neutrality, in the face of growing popular support for the Muslim Brotherhood in Egypt and Syria.

“What pained Abu Walid [Khaled Meshaal] most when leaving Syria were the warm relations with President Al-Assad and the favor Hamas found with the president, which it will never forget,” Hamas leader Moussa Abu Marzouk wrote.

However, it was not long before activists in Hamas were mourned as “martyrs” on social media, fighting against the Syrian Arab Army (SAA) in Idlib.

According to a report by Palestine Now, Kenita arrived from Gaza four months prior and contributed in the graduation of three military combat courses for rebels from the Free Syrian Army (FSA).

But, despite the ever growing sectarian and political differences between the two, Hamas found no other choice but to approach Syria in light of plans by former president Donald Trump to recognize Jerusalem as the capital of Israel and the signing of the so-called Abraham Accords.

After Syria resumed ties with the UAE and Bahrain, the two states which harshly criticized Syria in the early days of the war, Hamas found the appropriate time to re-establish contact with Syria.

On 21 June, Ismail Haniyeh landed in Beirut to meet Lebanese officials and take part in the 31st Islamic National conference.

Haniyeh is also expected to meet with the leader of Islamic Jihad Ziad al-Nakhalah and with Hezbollah leader Sayyed Hassan Nasrallah.