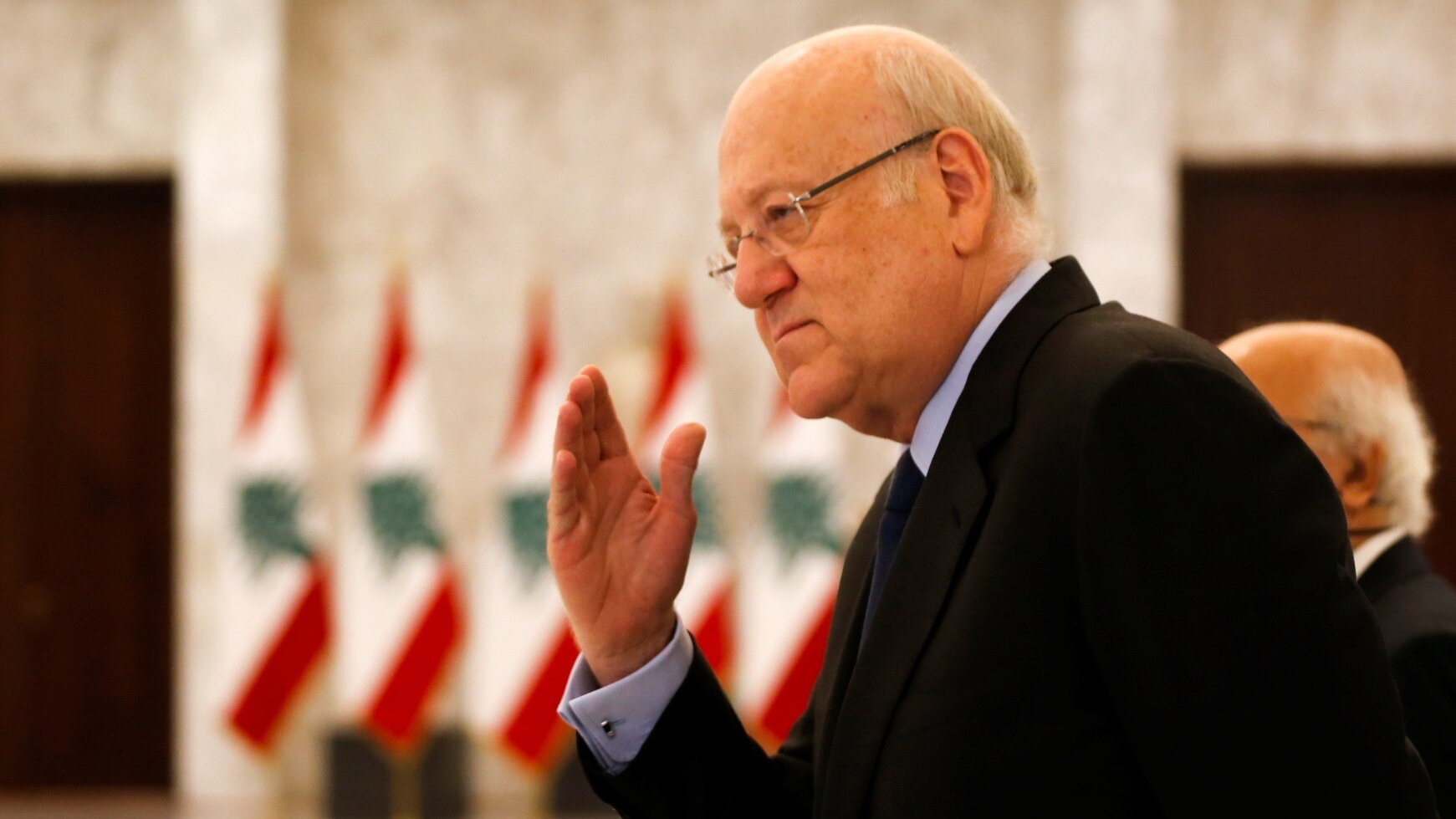 Billionaire tycoon Najib Mikati was re-elected as Prime Minister of Lebanon on 23 June, after winning 54 votes out of parliament’s 129 seats.

He will continue in a caretaker role until he can form a government, an often drawn-out and complicated affair due to Lebanon’s deep political divisions.

After winning the votes, Mikati spoke from the presidential palace in Baabda, calling on all of Lebanon’s political factions to put aside differences in order to work towards a solution to the economic crisis, and urged parliament to cooperate on approving the legislation needed for securing a grant from the International Monetary Fund (IMF).

“We are facing the challenge of either complete collapse or gradual salvation,” Mikati said.

President Michel Aoun then asked him to form a new government, a task analysts fear could take weeks, if not months, despite the country’s severe economic meltdown.

By convention, Lebanon’s prime ministerial position is reserved for a Sunni Muslim, the presidency goes to a Maronite Christian and the post of speaker to a Shia Muslim.

His re-election immediately followed the Lebanese president’s launch of parliamentary consultations for the election of a new prime minister.

Mikati’s name was put forward with a few other candidates, including Lebanon’s former ambassador to the UN, Nawaf Salam, who was supported by a number of independent candidates, the Phalangist Kataeb party, and the bloc led by the head of the Progressive Socialist Party (PSP), Walid Jumblatt.

A number of political forces in the country refused to back either Mikati or Salam, including the Strong Republic bloc, consisting of the Saudi-backed Lebanese Forces (LF) leader, Samir Geagea, and his allies, as well as MP Jamil Sayyed and the head of Aoun’s Free Patriotic Movement (FPM), Gebran Bassil.

According to the vote count, Nawaf Salam received 25 votes, while Raoua Khallab and former prime minister Saad Hariri received one vote each, and 48 refrained from naming anyone.

Hezbollah and the Amal Movement, who had initially supported Mikati in his election in 2018, launched their support behind the re-elected prime minister.

“Our position is simple … and Lebanon needs a government that can manage its affairs,” the head of Hezbollah’s parliamentary bloc, Muhammad Raad said, adding: “Crises require realism, providing all opportunities and removing obstacles to form a government to deal with deadlines and developments.”

This is Hezbollah’s second political victory since the general elections last month, after having backed Speaker of Parliament Nabih Berri.

Berri was re-elected as Speaker of Parliament on 31 May, a position he has held since 1992.

Mikati, who last year was named in the Pandora Papers, has been leading negotiations with the IMF in order to secure a bailout package to revive Lebanon’s devastated economy, which deteriorated rapidly after the country’s financial collapse in 2019.

On 8 April, the Lebanese government reached an agreement with the IMF after accepting a series of economic and banking sector reforms put forward by the organization.

Despite this, officials have pointed out that the recovery plan will be a difficult process, as disagreements still exist between commercial banks, the central bank, and the government.

Lebanon’s Economy Minister Amin Salam revealed on 27 April that the country’s efforts to secure the $3 billion IMF grant could be undermined by divisions over how to deal with massive losses in the financial sector.