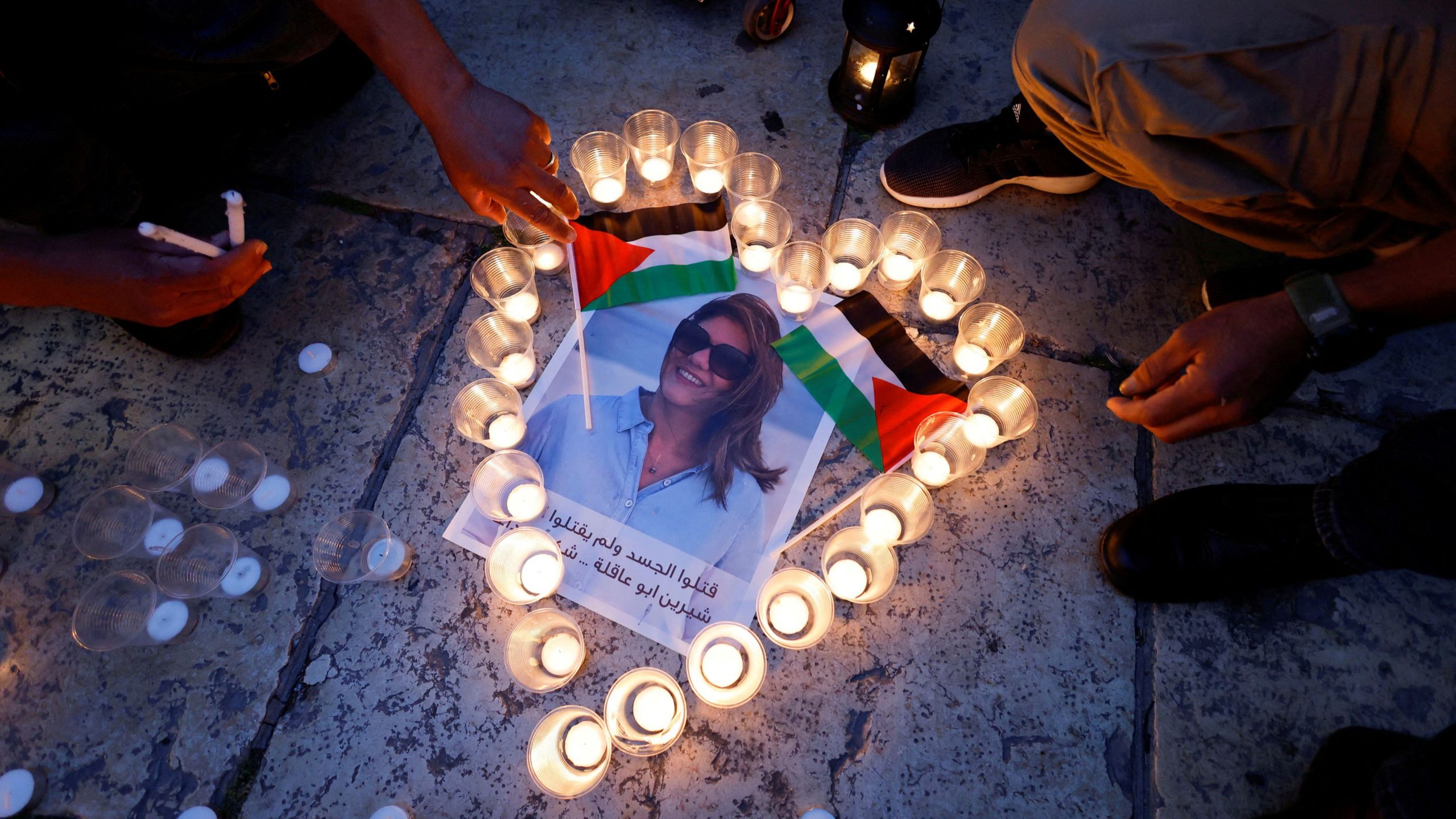 “All information we have gathered … is consistent with the finding that the shots that killed Abu Aqla and injured her colleague Ali Sammoudi came from Israeli security forces and not from indiscriminate firing by armed Palestinians,” OHCHR spokeswoman Ravina Shamdasani told reporters in Geneva.

“It is deeply disturbing that Israeli authorities have not conducted a criminal investigation,” Shamdasani went on to add.

According to Israeli media reports last month, occupation authorities believed that questioning Israeli forces would cause “controversy in the army and society.”

Shireen Abu Aqla was murdered by Israeli forces on 11 May while wearing a helmet and bulletproof vest clearly labeled PRESS.

In the hours following her death, Abu Aqla’s colleagues revealed in no uncertain terms that Israeli troops had opened fire on them.

Shamdasani added that the investigation conducted by the OHCHR shows that Abu Aqla and her fellow journalists made a concerted effort to be visible as members of the press to Israeli soldiers located down the street.

“The journalists said they chose a side street for their approach to avoid the location of armed Palestinians inside the camp and that they proceeded slowly in order to make their presence visible to the Israeli forces deployed down the street,” Shamdasani said. “Our findings indicate that no warnings were issued and no shooting was taking place at that time and at that location.”

The OHCHR findings also show that the Israeli soldiers continued firing at the journalists even after they had killed Abu Aqla.

Days after the murder of Shireen Abu Aqla, Israeli troops assaulted mourners during her funeral procession.

Images posted on social media showed Israeli police charging at and beating attendees in order to remove the Palestinian flag draped around the coffin.

Since its occupation of the eastern part of Jerusalem, and its annexation in 1980, Israel has prohibited the display of the Palestinian flag.

Israeli newspaper Haaretz reported earlier this month that an internal police investigation into the attack against unarmed mourners concluded that, despite evidence of misconduct, no police officers will be punished.

On 26 May, Al Jazeera Media Network announced it had assigned a legal team to refer the killing to the International Criminal Court (ICC) in The Hague.