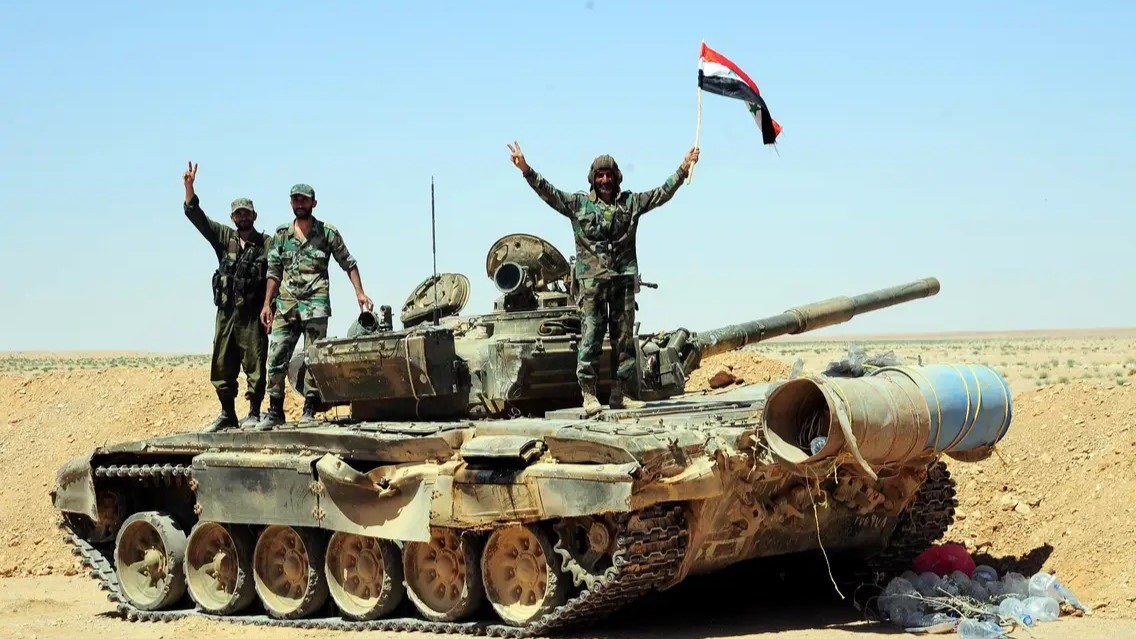 On 23 June, the Syrian Arab Army (SAA) launched a ground operation under air cover from Russian and Syrian warplanes, aimed at pursuing and targeting ISIS militants in the Al-Badia desert region, east of the northern city of Raqqa.

Sources in Raqqa countryside told Russian media that several SAA units were beginning search operations in the rural areas between Raqqa and Deir Ezzor governorate, including the Jabal Al-Bishri area of the Al-Badia desert, which extends towards the southern and southeastern borders of the country.

The ground troops, accompanied by Russian and Syrian jets, began the operation with “a series of air raids and direct clashes with the remnants of ISIS, which resulted in the killing and wounding of militants from the terrorist organization,” Sputnik reported.

As Syrian army infantry forces advanced, the Russian and Syrian air forces also carried out strikes against the extremist group near the US-occupied Al-Tanf base in southern Syria, against which Russia launched attacks on 15 June targeting armed groups backed by Washington.

According to sources, Russian reconnaissance and fighter jets were conducting flight operations over the Al-Badia desert region the day before the operation began, in preparation for the Syrian military offensive.

This latest Syrian ground operation comes just days after 11 SAA soldiers and two civilians were killed in an ambush on a military bus on the Raqqa-Homs highway.

Although no group claimed responsibility for the attack, the Syrian Observatory for Human Rights (SOHR) reported that the attack was carried out by ISIS sleeper cells that are known to launch hit and run attacks across Syria’s desert regions.

Although ISIS has lost the vast majority of territory it previously occupied in Syria, the extremist group still operates in small pockets across the country’s desert regions.

According to reports from April, US forces stationed in the illegal Al-Tanf base are reportedly providing logistical and military support to ISIS militants in the region, taking advantage of the dirt roads that connect the Raqqa and Hama deserts.

The SAA operation also comes a few days after several ISIS militants, including a commander, reportedly escaped from the central prison in Raqqa, which is run by the US-backed Syrian Democratic Forces (SDF), who denied the breakout.