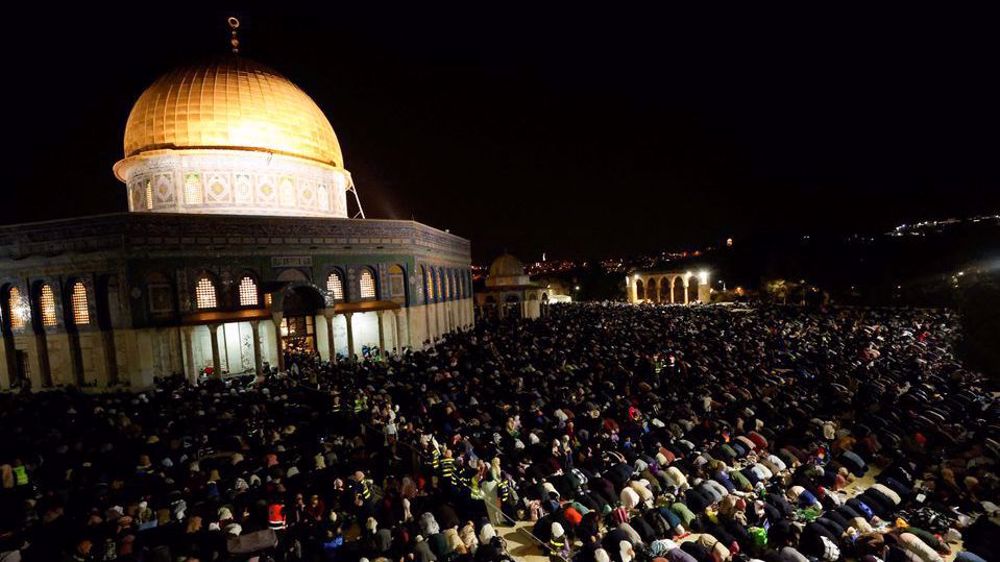 The Palestinian resistance movement Hamas have expressed their outrage over Israeli excavation works at the Al-Aqsa Mosque compound in East Jerusalem, calling for an immediate halt to the work being carried out.

Hamas made a statement on 23 June, saying that excavations pose a threat to the mosque compound, the third holiest site for Muslims.

The statement read: “The continued excavations being carried out by the Zionist occupation authorities in the areas of the Buraq Wall (also known as the Western Wall) and Umayyad Palace pose a direct threat to the foundations and walls of the sacred Al-Aqsa Mosque, and are an attempt to obliterate the Islamic and historical identities of the city of Al-Quds.”

Hamas warned Tel Aviv that their administration would be responsible for tensions between the Israelis and Palestinians, and would eventually face the “repercussions of such serious violations.”

The resistance movement also said that they have sought intervention from international organizations.

“We call on the Arab League, the Organization of Islamic Cooperation, and the Kingdom of Jordan, which has the custodianship of Al-Aqsa Mosque to urgently stop these malicious colonial schemes and protect Al-Quds and Al-Aqsa Mosque.”

In recent months, Hamas has frequently warned Israel of their attempts to seize the Al-Aqsa Mosque compound, saying that it will have “damaging consequences” for Tel Aviv.

On 17 May, the leader of the Jewish supremacist group Lahava called on those who participated in the controversial Flag March to “demolish” Al-Aqsa Mosque.

The Palestinian and regional resistance groups have consistently warned that any existential threat to Al-Aqsa Mosque would lead to a major battle that would quickly turn into a regional war.

On 30 April, Hamas leader Yahya Sinwar warned that increased escalation from Israeli forces and extremist settlers would justify intensified retaliatory attacks from the resistance forces in Palestine and the region.

Recent retaliatory operations by Palestinians in Tel Aviv, Ariel, and Elad have shaken the Israeli security establishment to its core.