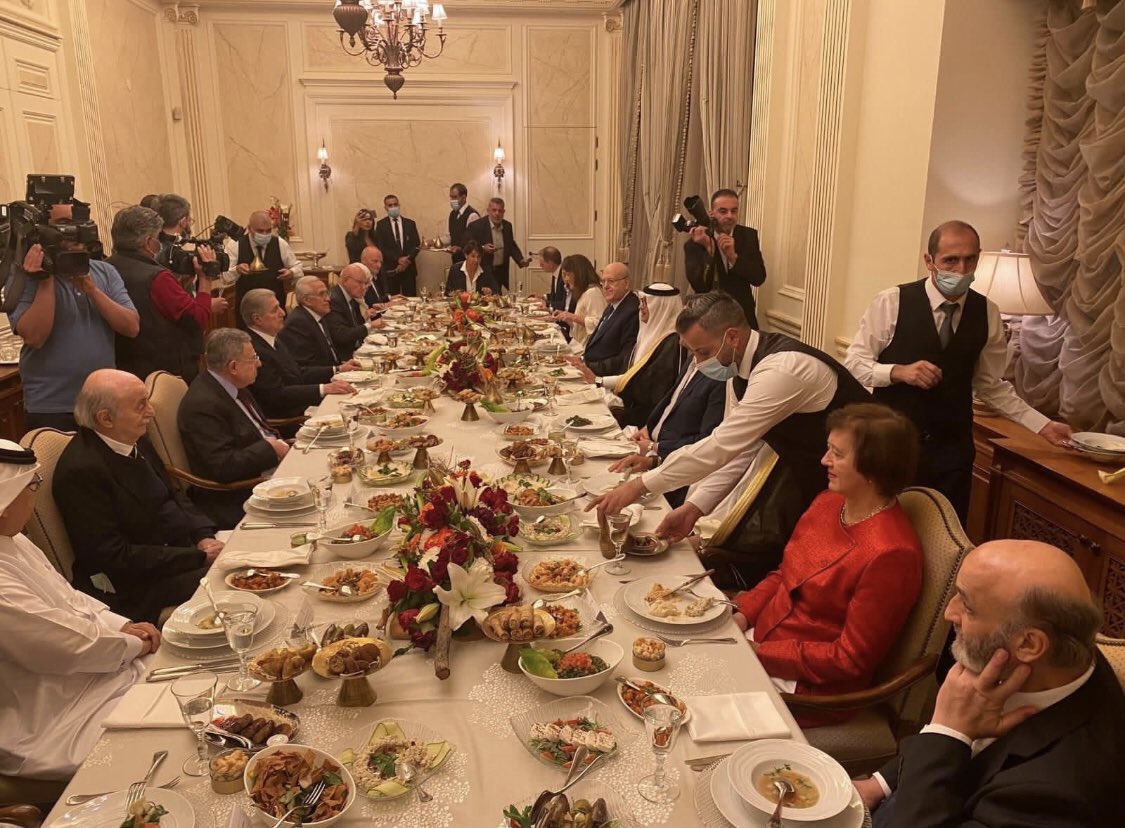 Member of the Hezbollah Central Council, Sheikh Nabil Qawook, has stated that Walid al-Bukhari, the ambassador of Saudi Arabia to Lebanon, is creating sedition in Lebanon and intervening in its internal affairs.

“An ambassador of sedition in Lebanon does not want the country to rest, nor to emerge from its crisis, and instead works for incitement and strife among the Lebanese, and interferes in the affairs of Lebanon,” the Hezbollah official stated.

The Hezbollah Central Council member noted that neither the Lebanese ambassador in Riyadh nor Hezbollah interfere in Saudi internal affairs nor do they meddle in Saudi elections – “were there to be any elections,” he added.

Sheikh Qawook referred to the silence of some political figures and blocs over the issue of foreign interference in Lebanese affairs,  stating that this silence exposes all those who raise false slogans about preserving Lebanon’s independence and sovereignty.

He also urged the speedy formation of a cabinet for the new government.

A 26 April report from the Lebanese daily Al Akhbar revealed an employee working in the office of the Saudi ambassador to Lebanon had been directly interfering in the Lebanese general elections.

Shortly after Al-Bukhari returned to Lebanon on 7 April following a diplomatic spat between the two countries, he hosted a lavish Iftar dinner during Ramadan for several Lebanese officials, political leaders, and foreign diplomats weeks before the critical Lebanese general elections.

Among the foreign officials were the ambassadors of the US, France, and the UK, as well as the UN Special Coordinator for Lebanon, Joanna Wronecka.

A few days prior to the Iftar, Al-Bukhari met with Siniora and asked him to maintain his presence in the 2022 Lebanese general elections, following the withdrawal of major Sunni Muslim parties, in order not to leave the electoral arena open for Hezbollah to win.

Despite this meeting with Siniora, Al-Bukhari stated at the Iftar that “Saudi Arabia’s principles do not allow it to interfere in sovereign matters. We respect the parliamentary and presidential junctures and we call on everyone to run them based on competency.”

An investigation by The Cradle columnist Radwan Mortada exposed how much the presence of bribery and foreign interference had shaped the 2022 Lebanese elections.

“It’s like a slave auction,” an unsuccessful candidate in the eastern district of Zahle told The Cradle.

“This Saudi-US-backed anti-Hezbollah front is not limited to political parties,” according to Mortada. “Today, Non-Governmental Organizations (NGOs) and civil society organizations are rife and active in Lebanon, receiving foreign funding and fielding large numbers of parliamentary candidates for the first time.”

He added that “the NGOs – many of them liberal and foreign-funded – mostly oppose Hezbollah and are cozy with western capitals, especially Washington.”