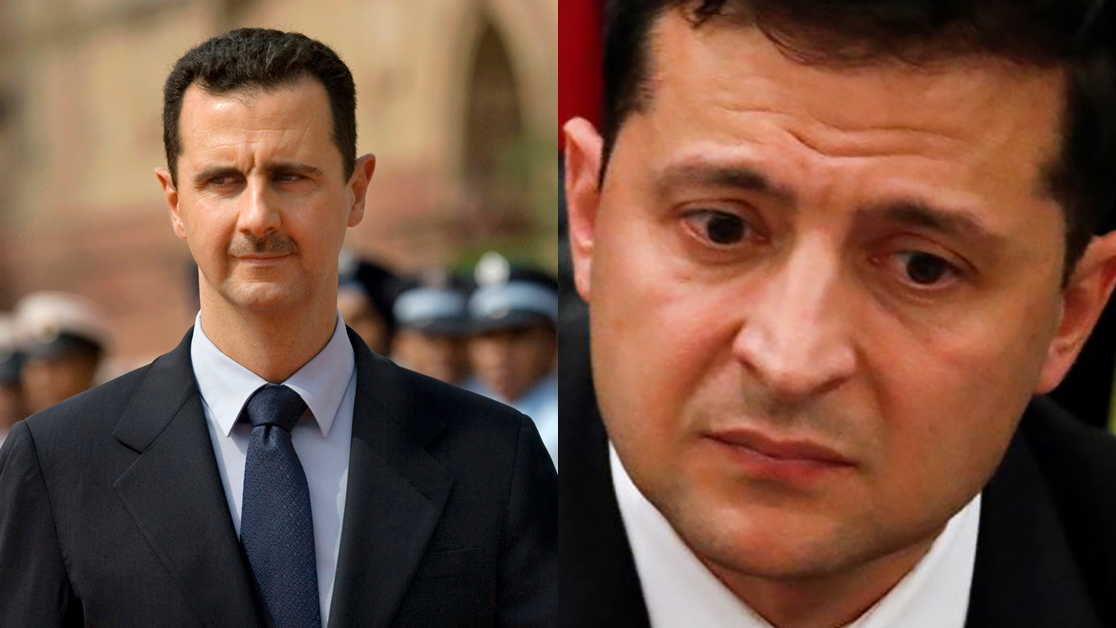 After the pledge by Syrian President Bashar al-Assad to formally recognize the Donbass republics on the border with Russia and Ukraine, the Syrian foreign ministry has now announced that Damascus officially recognizes the two eastern European republics.

The recognition will be formalized on paper following various steps, including the appointment of ambassadors.

In response to this recognition, Ukrainian President Volodymyr Zelensky announced the full suspension of diplomatic relations with Syria.

“There will no longer be relations between Ukraine and Syria,” Zelensky said in a Telegram video. He referred to the move as a “worthless story.”

Kiev announced that it will additionally impose economic sanctions against Syria.

President of the Luhansk People’s Republic (LPR) Leonid Pasechnik thanked the Syrian government for their recognition, stating that “the recognition of our independence by another country would open new horizons for cooperation on a new world level … and contribute to the development of new markets.”

The LPR ambassador to Russia told TASS that the formal signing of the recognition has not happened yet but will happen soon, as “certain processes are underway.”

Days prior to the Russian special military operation in Ukraine that has since become a protracted war, the Syrian Arab Republic had informally recognized the two republics, following Moscow’s recognition of their independence.

“Syria supports President Vladimir Putin’s decision to recognize the republics of Luhansk and Donetsk and will cooperate with them,” Syrian Foreign Minister Faisal Mikdad said during a speech at the Valdai Discussion Club in Moscow in February.

Among the foreign mercenaries fighting on the side of Kiev are several militants who formerly belonged to ISIS, Hayat Tahrir al-Sham (HTS), formerly the Syrian branch of Al-Qaeda, and other rebel groups who are fighting against the Syrian government.

HTS leader Abu Mohammad al-Julani reportedly oversaw the release and transfer of 30 prisoners from HTS jails in Idlib, Syria to the frontlines of Ukraine in the fight against Russia.

The HTS militants first arrived in Ukraine via Turkey on 8 March, with a reported 450 militants making up this first wave of transfers.

In an interview with Russia Today (RT) on 9 June, Syrian President Bashar al-Assad praised the repositioning of the Kremlin on the global scale, saying Russia has restored a much-needed international balance.

“We can look at Russia from two angles: the angle of the ally who, if he wins a battle or if his political position on the world stage becomes stronger, is beneficial for us; and from another angle, Russia’s strength today constitutes a restoration of balance,” President al-Assad said.