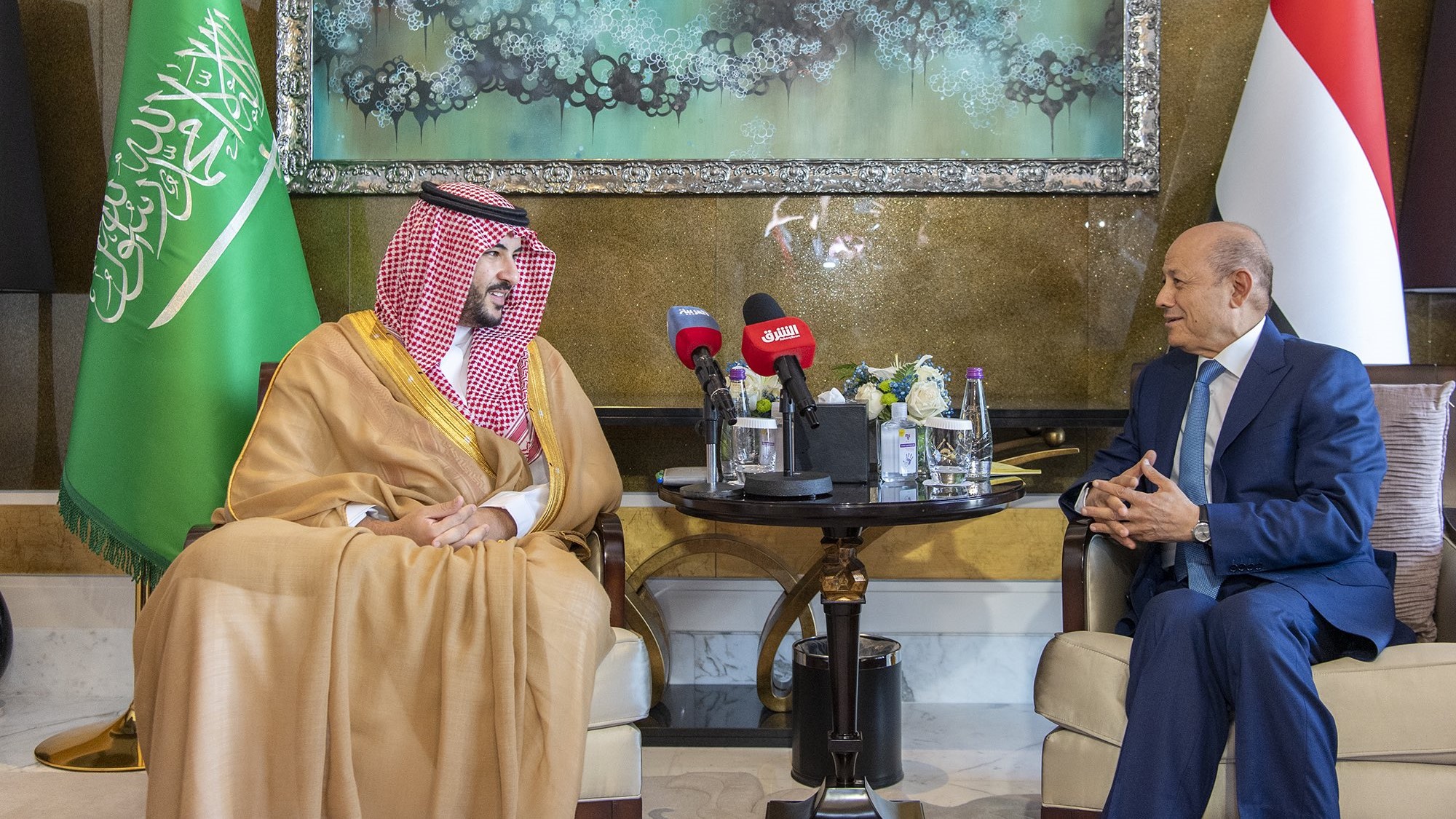 Saudi Arabia has announced a number of “vital development projects,” worth a reported $600 million, that the kingdom says will be implemented in Yemen.

The announcement was made on 30 June during a meeting in Riyadh between Saudi Deputy Defense Minister Prince Khalid bin Salman and the chairman of the Saudi-installed Yemeni Presidential Council, Rashad al-Alimi.

According to the officials, these projects will allegedly cover the needs of Yemenis living under areas controlled by the Saudi-led coalition, specifically in matters of energy, transportation, education, water, and health.

A day before the meeting between Al-Alimi and the Saudi defense chief, the Isabella supertanker arrived at Al-Nashma port in Yemen to transport a large shipment of crude oil.

The crude oil, worth $114 million, had been plundered by the Saudi-led coalition.

Several Saudi and Emirati oil tankers have recently made their way to Yemeni ports in the provinces of Shabwa and Hadhramaut in order to seize millions of dollars’ worth of the country’s oil.

On 26 June, a tanker operated by the UAE set off from Shabwa province’s Radhum port, after having stolen more than 400,000 barrels of crude from the oil-rich region.

Two weeks earlier, another supertanker left the port of Ash Shihr in the eastern province of Hadhramaut with more than two million barrels of crude oil, worth over $270 million.

Media reports claimed, however, that the oilfield – which produces tens of thousands of oil barrels on a daily basis – was sold to “a fictitious company based at the port of Jebel Ali” in Dubai, as a front to cover up UAE profits made through its involvement in the war on Yemen.

Since the start of the Saudi-led invasion of Yemen in 2015, Saudi and Emirati troops, with the help of Takfiri armed groups and coalition-backed mercenaries, have occupied most of Yemen’s resource-rich southern and eastern regions.

This ongoing looting of Yemen’s oil comes amid heated popular demonstrations in regions controlled by the coalition.

Yemeni citizens continue to protest the collapse of their local currency, the steep decline in public services, and their poor living conditions.