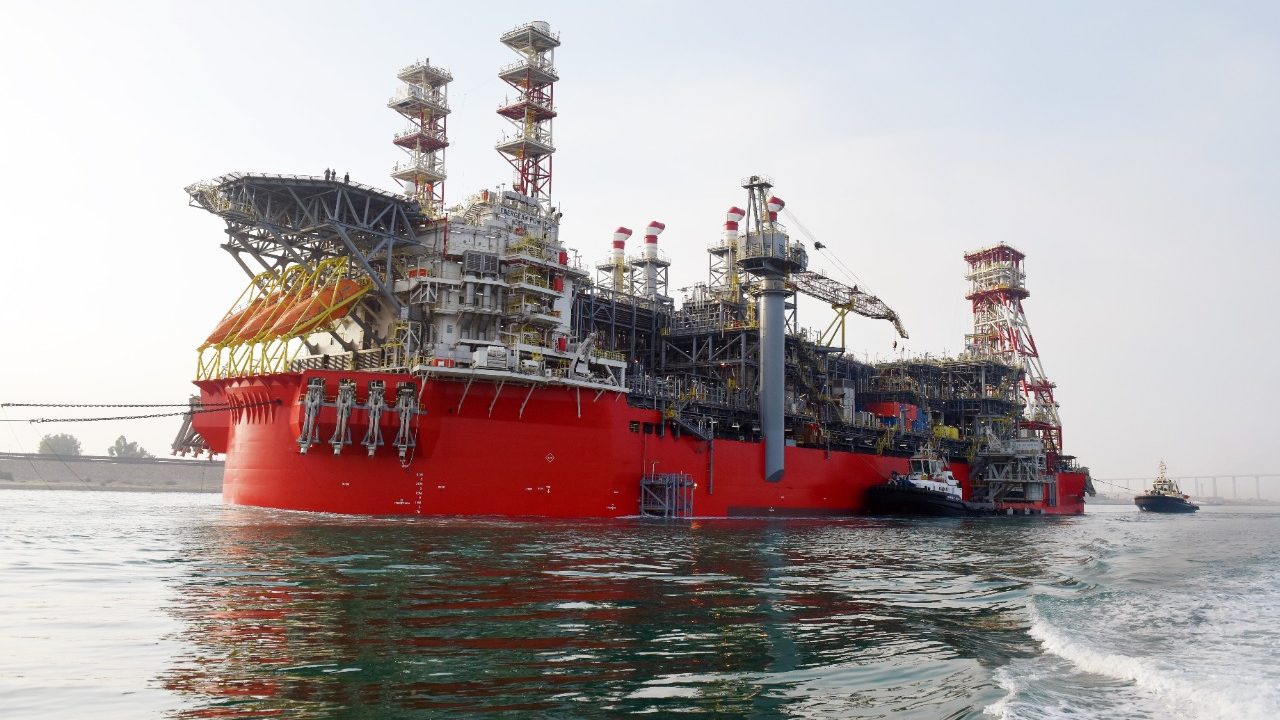 A ship operated by the London-based Energean company brings a new drilling platform in a disputed maritime region with Lebanon. (Photo credit: Twitter)

The resistance movement launched their operation on 2 July, following US mediation on the formation of a maritime border between Lebanon and Israel. According to reports, the drones were shot down by Israeli forces.

“Lebanon considers that any action outside the framework of the state’s responsibility and the diplomatic context in which the negotiations are happening is unacceptable and exposes (Lebanon) to unnecessary risks,” a statement released by Mikati’s office said.

Hezbollah announced that the drones were launched towards the Karish field located in Lebanon’s territorial waters, and had carried out a successful reconnaissance mission, saying “the message was delivered.”

According to Hebrew media, the Israeli army faced great difficulty in shooting down the resistance’s drones.

Meanwhile, Israel Energy Minister Karine Elharrar announced that the Israeli negotiating team is working to “reach a consensus” on the maritime border dispute with Lebanon.

“We are ready for negotiations and we come to them in good faith,” the minister said in a statement to I24News.

“The Israeli negotiating team held a meeting with the other side in the past few days, and we also made a presentation to the mediator, and if there were any new developments, we would, of course, announce them,” she added.

The Karish gas field is located inside Lebanese territorial waters, under line 29, the southernmost line which Lebanon claims as its maritime border.

The UN, however, claims that line 23 – which falls slightly north – is the maritime border, placing Karish fully into the hands of Israel.

This gives Lebanon access to another field located in Block 9 of its territorial waters.

Israel, however, claims a line even further north: line 1, which would deprive Lebanon of energy resources in both the Karish gas field and in Block 9.

During a speech earlier last month, Hezbollah leader Sayyed Hassan Nasrallah said that the resistance is “militarily and financially capable of preventing Israel from extracting gas from the Karish field,” and that “no measures can protect Israel’s floating platform.”