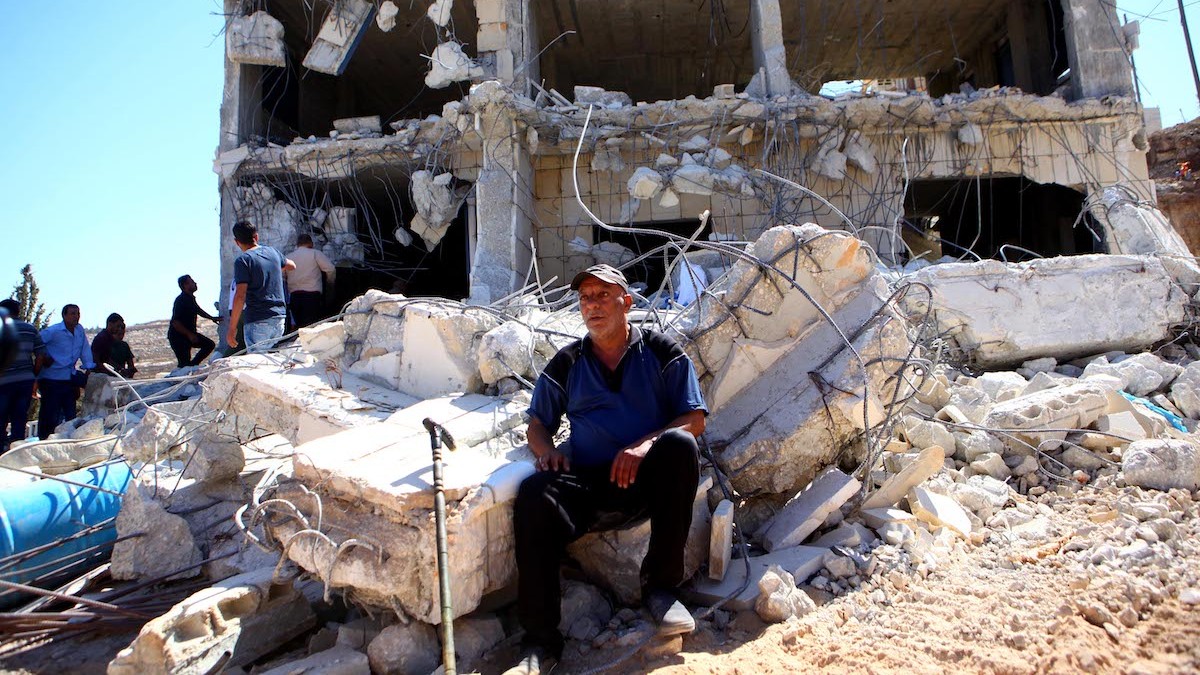 The UN has warned that Israel’s forcible mass eviction of approximately 1,200 Palestinians in the Masafer Yatta area in the occupied West Bank amounts to a “war crime.”

The UN Office for the Coordination of Humanitarian Affairs (OCHA) remarked in a statement on 7 July that “evictions that lead to displacement, and if enforced, amount to forcible deportation, a grave breach of the Fourth Geneva Convention, and therefore constitute a war crime.”

The UN added that international humanitarian law prohibits forced evictions of Palestinian civilians, and that Israeli authorities must discontinue these “coercive measures,” including organized evictions, demolitions, and military training in the West Bank.

OCHA released a statement highlighting that 215 Palestinian families, comprising 1,150 individuals – including 569 children – currently live in the Masafer Yatta community and face the threat of home demolitions.

The head of the EU mission to the West Bank and Gaza Strip, Sven Kühn von Burgsdorff, also rejected the Israeli evictions of Palestinians.

He said on 7 July that the Israeli decision to displace the locals of the area is “illegal and contrary to humanitarian law.”

Burgsdorff added: “We are here today to assess the situation, after the decision of an Israeli court to displace the residents of the area.”

Back in May, Israel’s High Court ruled that the Israeli army can evict the 1,300 Palestinians who live in eight villages on the southern hills of Hebron in the occupied West Bank.

The ruling was made to allow the Israeli army to use the land as a military training area.

The court made the decision on 4 May, settling a legal battle that has lasted more than 20 years.

According to Spanish new agency EFE, Palestinian groups and the Norwegian Refugee Council (NRC) said the decision also involved the forced displacement of thousands of Palestinians in the Masafer Yatta community.

“This court ruling opens the door for the Israeli army to uproot entire Palestinian communities that have lived in Masafer Yatta for decades. The damage this decision will inflict on the homes and source of livelihood of these people, who are left without a roof over their heads overnight and with nowhere to go, is irreparable,” NRC Palestine director Caroline Ort said in a statement.

The court decision, adopted unanimously, indicates that the Palestinian plaintiffs failed to prove that they had resided in those villages on a permanent basis, before the Israeli army declared the area – known as Area 918 – a firing training zone in the early 1980s.

The report estimated that 100,000 Palestinians in the West Bank and 68,000 in Israel were “at imminent risk of losing their homes.”