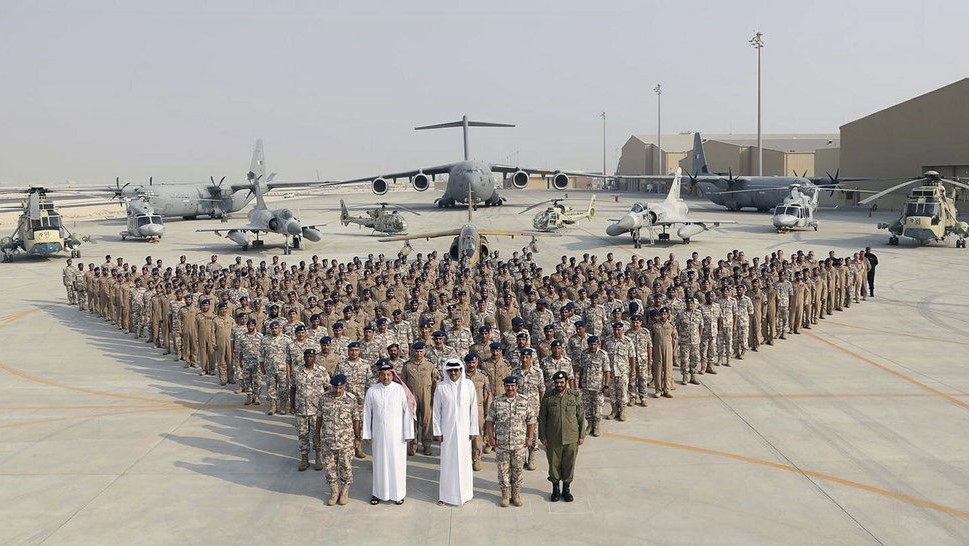 Despite the absence of normalization between Tel Aviv and Doha, Israeli military officials have been sent to US military bases in Qatar, according to a Middle East Eye (MEE) report from 8 July.

The reason Israeli military personnel were able to do, according to the report, was due to Tel Aviv’s alliance with the US Central Command (CENTCOM).

The report cites current and former US and Gulf officials who have confirmed that Israeli officials visited Al-Udeid airbase.

Israel became part of CENTCOM in 2021, following the normalization of diplomatic ties between Israel and Bahrain, the UAE, and Morocco.

This normalization alliance essentially weaves the Israeli military establishment into the fabric of US military presence in the region, including, therefore, countries that have not normalized ties with Tel Aviv, such as Qatar.

Despite the lack of formal diplomatic ties, Qatar openly acknowledges it has a ‘working relationship’ with Israel for the sake of negotiations over the Palestinian issue.

Qatar helped to negotiate the ceasefire that ended the Sayf al-Quds battle of 2021.

Sayf al-Quds, or the Sword of Jerusalem, was a huge military defeat for Tel Aviv, given the unprecedented level of retaliatory strikes by the Palestinian armed resistance into the heart of cities in occupied Palestine.

Qatar may have refused to normalize relations with Israel. Yet, the reality of normalized ties among other Arab countries with Tel Aviv and the presence of US military bases in nearly every Arab country, means that Israeli officials are likely to be found in Arab countries, regardless of their relationship status with Tel Aviv.

“The Abraham Accords, as well as the inclusion of Israel into the US Central Command, are forcing all Arab capitals to reassess what their relationship with Israel looks like,” R. Clarke Cooper, former assistant secretary of state for political-military affairs under the Trump administration and currently at the Atlantic Council, told MEE.

Israel and the US have been pushing for a regional air defense alliance in order to build up hostilities against Iran and achieve parity with Iran’s ever-growing advanced military equipment arsenal.

“Over the past year, I have been leading an extensive program, together with my partners at the Pentagon and in the US administration, that will strengthen cooperation between Israel and countries in the region,” Gantz said.

A Wall Street Journal (WSJ) report from 26 June indicated that Qatari military officials reportedly met with US, Israeli, and military officials from other regional Arab states in Egypt’s Sharm al-Sheikh to discuss this budding air defense alliance against Iran.

Qatar, however, seeks a more neutral position towards Iran.

With Tehran having supported Doha during the diplomatic row between Qatar and other Gulf Cooperation Council (GCC) countries in 2017; and with both countries sharing a gas field within their territorial waters, Doha does not appear to be interested in a  hostile policy towards Iran.

The MEE report suggests that Qatar, given its small size, seeks security guarantees in case a larger war between Iran and its adversaries breaks out and threatens both their safety.

The presence of Israeli military officials at US bases in Qatar comes ahead of the upcoming visit of US President Biden to West Asia, where he is expected to promote a cementing of ties between Israel and GCC member states.